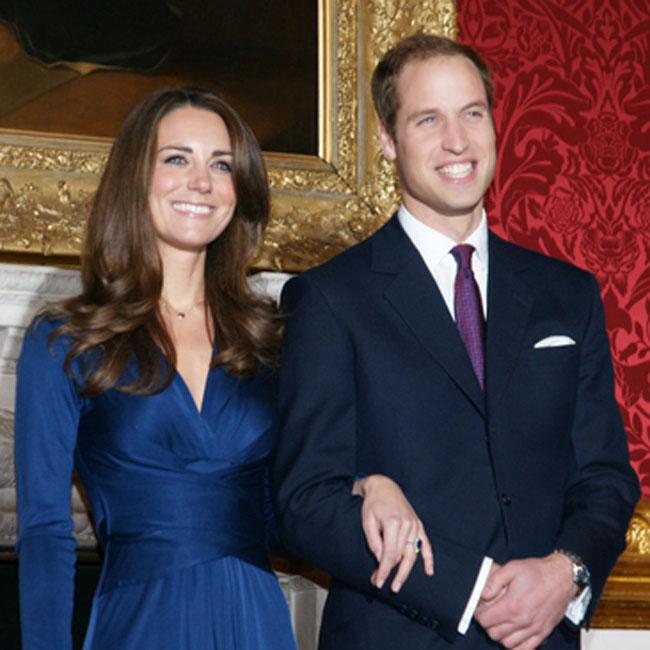 A dress similar to the Duchess of Cambridge’s engagement gown has been made available with an affordable price tag.
The elite designer of the royal blue Issa gown, Daniella Helayel, has teamed up with high street retailer Monsoon to offer the general public the chance to own the dress, which Catherine, was proposed to in by Prince William in 2010.
Speaking about the dress, Daniella told WWD: “The dress is a natural fit. It was close to my heart to celebrate femininity with an array of playful colours and an edited selection of luxurious materials and fine textures. It merges cool silhouettes with today’s zeitgeist of 24/7 eternal style and a zest of fun.”
The dress which Catherine wore cost £573 while this version is just £86.
Catherine – who Prince George, three, and 15-month-old daughter Princess Charlotte with William – recently had her stunning lace Sarah Burton wedding dress displayed at Buckingham Palace from July to October 2011 with pictures she “personally chose” taken by photographer Samir Hussein.
Discussing his favourite photos, Samir said: “One that springs to mind is the picture of Kate at her royal wedding with Pippa. I think that’s one of Kate’s favourite pictures from the wedding she actually personally chose that picture to be used when the dress went on display at Buckingham Palace.
“They had a big sort of marketing campaign and that was when it started getting all crazy with William and Kate, it’s a very memorable picture for me because that’s what kick-started a lot of my career with the royals.”