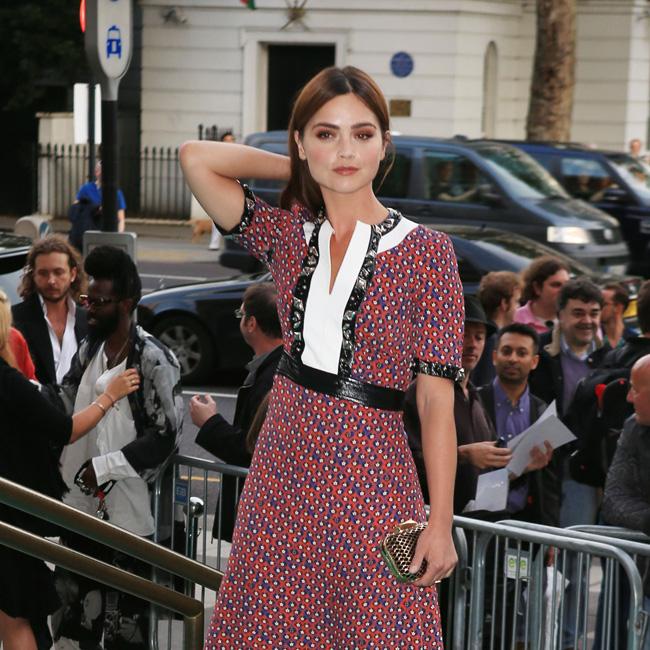 Jenna Coleman is just “good friends” with Prince Harry.
The ‘Victoria’ star was romantically linked to the 31-year-old royal after they were seen at a polo match together last year, however, the brunette beauty has poured cold water on rumours they are anything more than just close friends.
Asked by Kate Garraway on ITV’s ‘Good Morning Britain’ on Monday (22.08.16), if they are dating, the 30-year-old actress said: “No, he is a friend of mine. He is yes. “
The flame-haired hunk reportedly made time to message the British actress while on his three-month expedition, saving endangered animals in Africa last year.
A source previously said: “Harry must be keen on Jenna to be staying in touch with her, despite all his tireless charity work.”
Harry and Jenna – who was in a relationship with Scottish actor Richard Madden – were first spotted together back in June 2015, when they were caught flirting at a polo party at Coworth Park, Ascot.
However, Kensington Palace denied the pair were romantically linked at the time.
A party-goer at the polo bash said at the time: “From their body language it looked like they were really enjoying each other’s company.
“Harry sneaked outside with Jenna. He took her by the hand and led her away from the crowd in the sponsor’s tent.
“They sat alone and talked as things were winding up inside the party. It was a very flirty, very tactile encounter. She was leaning into him and he had his hand on her knee.”
The heir to the throne has been single since September 2014 after going separate ways from his long-term model girlfriend Cressida Bonas.
Harry was also recently linked to ‘On My Mind’ singer Ellie Goulding.