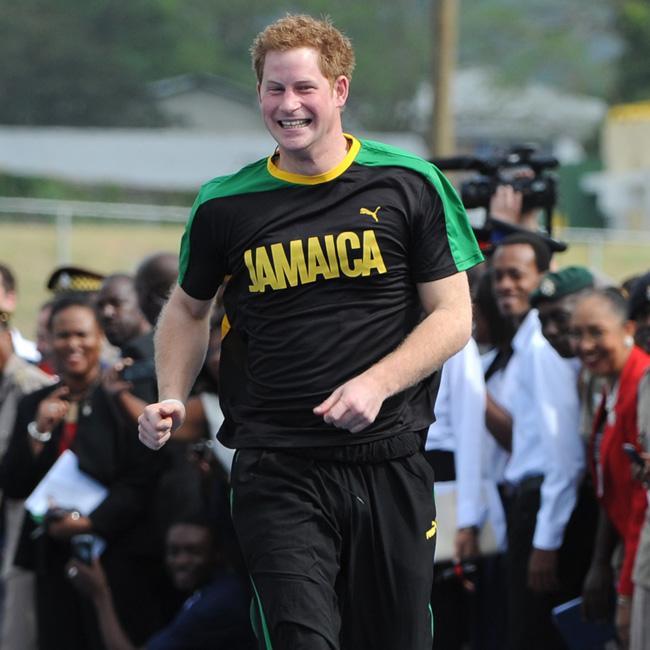 Usain Bolt has accepted Prince Harry’s challenge to race after he let him beat him in their famous run in Jamaica in 2012.
The 31-year-old royal sent the Jamaican sprinter – who turned 30 on Sunday (21.08.16) – a cheeky happy birthday message asking for a re-run and he’s replied saying he’s up for it.
In response to Harry’s tweet, Usain wrote: “Let’s do it. Respect for the Bday wishes. (sic)”
The flame-haired royal’s tweet read: “It has been an incredible few days of competition in #Rio2016 as we head into the final events … We were also watching the sprinting closely last week and have a special message for one of the competitors on his birthday … Congratulations @usainbolt – now you’re officially the greatest you might be ready for a re-run! Happy 30th – H (sic)”
Meanwhile, Harry is set to celebrate with Usain after his seventh Olympic win.
HRH has been tied into partying with the sportsman after he gained his seventh gold medal during the men’s 100-metre sprint at a time of 9.81 seconds.
The champion has revealed he plans to enjoy a night out on the town after the sporting extravaganza where he will teach the party-goer some of his best dance moves.
He said: “I’ll party with Harry and teach him the running man. But only after Rio!”
Harry and Usain first met each other when Harry visited the athlete’s hometown in 2012, which saw the two perfect Usain’s signature lightning bolt stance and strike the pose together.