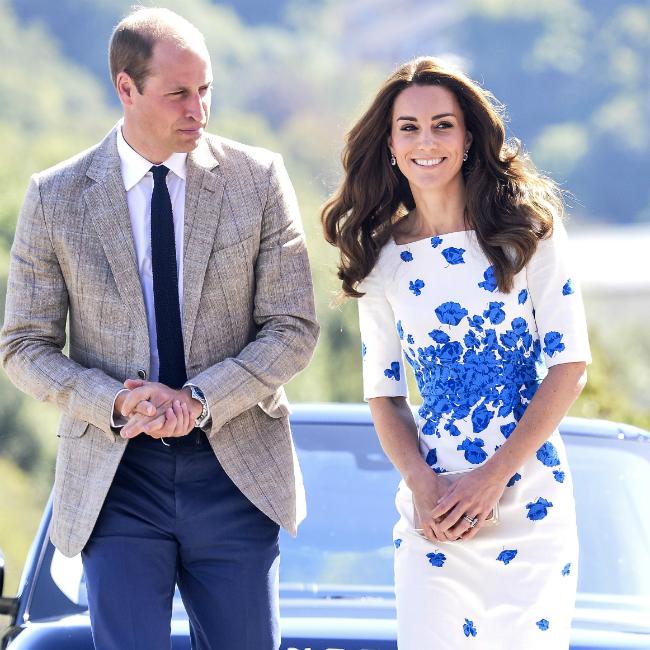 Prince William and Duchess Catherine enjoyed a choppy boat ride around the Isles of Scilly.
The royal couple – who managed to make it to the various islands after they were delayed due to bad weather – visited Tresco Abbey Gardens before boarding a boat to St Martin’s.
Whilst at the gardens, the 34-year-old royal told the gardeners: “We finally made it. At least the rain is good for the plants!”
Robert Dorrien Smith, whose family has leased the island from the Duchy of Cornwall for nearly two centuries, was on hand to welcome the royal couple to Tresco.
Meanwhile, the royal couple suffered a setback on Friday (02.09.16) because of foggy conditions grounding their private jet.
A series of tweets by Kensington Palace said: “The Duke and Duchess’s Visit to the Isles of Scilly has been delayed, due to poor weather conditions affecting travel arrangements … They still hope to visit this afternoon if weather conditions improve …They will now visit the Eden Project in Cornwall this morning, before travelling on to the Scilly Isle later today if they are able to.”
Meanwhile, Duchess Catherine previously revealed she “secretly” wishes she became a farmer.
Bea Hodge, who spoke to the Duchess of Cambridge, said: “She said she was teaching George and Charlotte all about the farm at Sandringham. She’s been teaching George the difference between barley and wheat and everything they grow on the farm there.
“She wants the children to learn all about farming and the apples in their orchard. She said she’d secretly like to be a young farmer. And she said they’d really enjoyed all the cider today!”