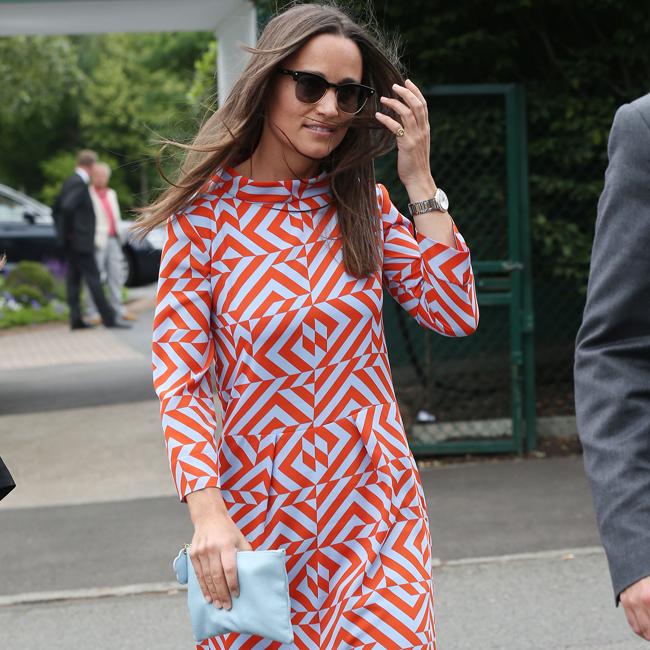 Pippa’s Middleton’s fiancé is still trying to come to terms with life in the public eye.
The 33-year-old beauty – the sister of Duchess Catherine – has admitted her beau James Matthews, who she got engaged to in July, doesn’t know how to cope with people following them around all the time with cameras.
Speaking to the Daily Mail newspaper, she said: “I have had a few years of being in the public eye and I have developed something of a thick skin. But managing it all on my own has been quite hard. I have quite a lot thrown at me, such as being followed by people hiding behind cars and jumping out with cameras. It can be unnerving.
“There’s always something cropping up and has to be managed on my own. It’s been a real eye-opener for James. There have been quite a few hurdles to negotiate.”
Pippa began dating James at the end of 2015 but knew almost instantly that he was the one for her because they share the same love for sports and the outdoors.
She explained: “I think James and I have the same spirit. We are both competitive. We have had many adventures together. We have a lot in common and that helps. I don’t think it would work with a couch potato. I think we do exhaust most people.”
The brunette socialite and her beau are planning to get hitched next year and, although they’re yet to set a date for their big day, Pippa already knows she wants to wear a white wedding dress.
Asked if she still wants to wear tennis whites to her nuptials, she said: “No, that was a phase I went through as a little girl and I was having a bit of a battle about wearing a dress. I wasn’t into dresses as an eight year old.”