Watch: The Royal Family Touches Down in British Columbia 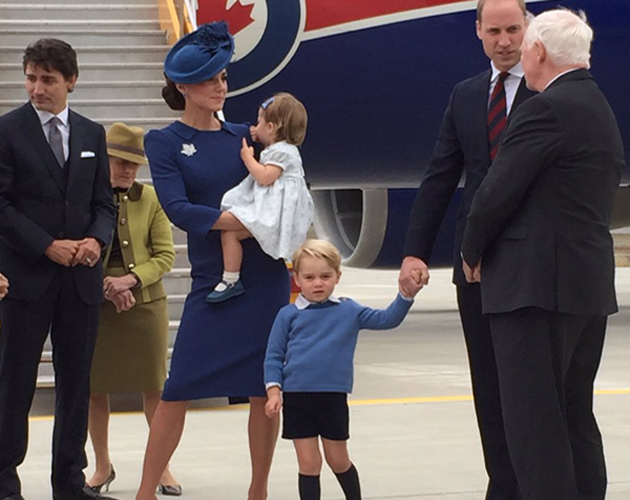 Prime Minister Justin Trudeau, BC Premiere Christy Clark and Governor-General David Johnstone was on hand to greet the Royal Family as their plane touched down in Victoria, BC to kick off their five-day tour of Canada.

Kate donned a blue Jenny Packham ‎dress and matching blue hat by Lock and Co. along with the Queen’s maple leaf brooch.

Thank you to the @RCAF_ARC who flew the family safely to Victoria. pic.twitter.com/2wEhjaqNCd

The Duke and Duchess with Prince George and Princess Charlotte have arrived in Canada to a warm welcome! pic.twitter.com/YW8YaeKh6Z