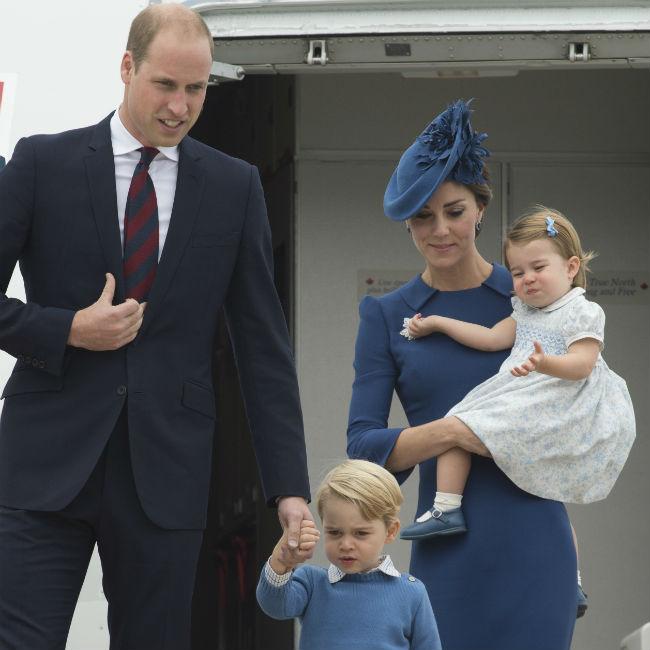 Prince George and Princess Charlotte were “super excited” about sleeping on a plane.
The young royals endured a nine-hour flight to join their parents Prince William and Duchess Catherine on their official tour of Canada, but thankfully didn’t seem to find the long journey too stressful.
Catherine told local dignitaries in Victoria: [The children were] super excited about the fact they were going to sleep on a plane.”
The family are based at Government House – the home of British Columbia’s Lieutenant Governor Judith Guichon – and William and Catherine left three-year-old George and 16-month-old Charlotte there while they greeted well-wishers in Victoria.
William told Aurora Vandall: “I hope the children aren’t tearing up the Governor’s House right now.”
And his wife was concerned that the youngsters were getting enough rest, telling 13-year-old Victoria Foster – who gave her flowers on behalf of charity Children’s Wish – she hoped the children were asleep.
However, she also admitted she thought George in particular would have had a good time if they’d brought him out with them.
Loreen Topping said: “She told me she wished she had brought Prince George down tonight because he would have loved all the lights.”
And when they returned to the residence, it seemed the couple had got their wish for the kids to sleep as William joked: “It sounds quiet!”
The family are in Canada until next weekend and are looking forward to exploring the country.
Catherine told dignitaries at the official welcome ceremony: “Both of us love mountains and there seems to be a lot of them here.
“We can’t wait to explore.
“There is a lot to do in a short period of time.”
The royal couple have already taken on a number of official engagements in the first two days of the tour.