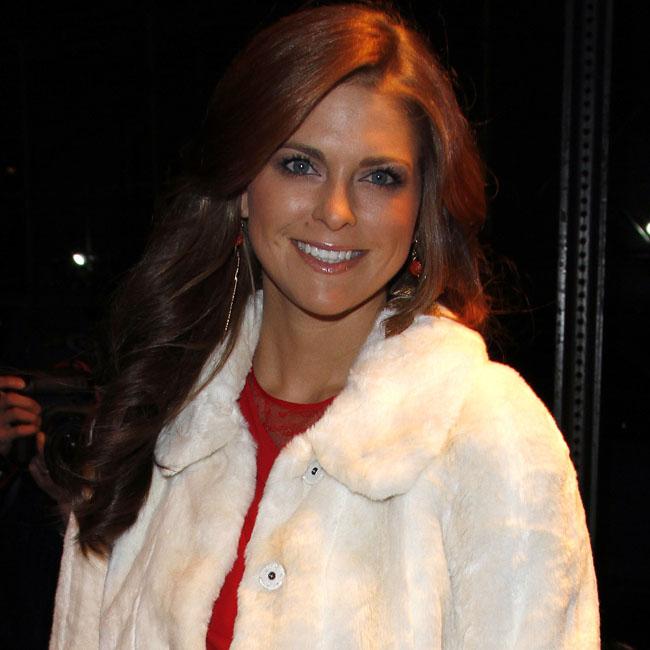 Princess Madeleine wants to arrange a play date for her children and Prince William’s.
The Swedish royal and her husband Chris O’Neill live in London with children Princess Leonore, two, and Prince Nicolas, 15 months, and though she hasn’t met the British prince or his wife Duchess Catherine, she thinks her kids would have fun with Prince George, three, and 16-month-old Princess Charlotte.
She told People magazine: “I would love [a playdate].
“I’m sure we will cross paths – and who knows what we will do when we do!”
But if they do get to meet up, the royals are likely to have an action-packed day with their children.
Madeleine said: “We try to do a lot of activities because my little Leonore, she has lots of energy, so we have to keep her stimulated and busy.”
Madeleine attended a debate on children’s rights at the United Nations last week, and she admitted she was inspired by her mother Queen Silvia’s humanitarian work growing up.
She said: “When she travelled with her work, she met many children in difficult situations. And she always talked and told us these stories about these kids when I was young and it affected me a lot. I felt that I wanted to do something as well to help and to help her.”
The brunette beauty says it wasn’t until she had her own kids that she became aware of the amount of “vulnerable” children there in the world and she wants to encourage others to follow in her mother’s footsteps and give them the help they need.
She said: “When you have your own kids, you understand and realise how vulnerable children are. Every day, I try to protect them and want to create a stable surrounding. There are so many kids out there who don’t have parents, who live on the street – we have to help all the children out there.”