William and Kate spend romantic night away from kids 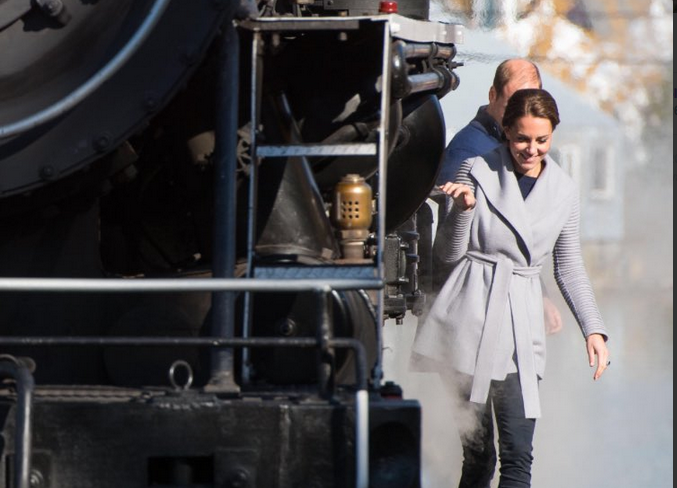 The Duke and Duchess of Cambridge spent a romantic night away from their children in the Canadian wilderness on Wednesday (28.09.16).
The royal couple left their kids George, three, and 16-month-old Charlotte in the capable hands of their nanny in Victoria – for the first time – while they enjoyed an evening dancing to music, relaxing in jacuzzis and keeping warm with a riverside fire in Whitehorse, Yukon.
The loved-up pair – who got married in 2011 – stayed at the Coast High Country Inn in Yukon for just £95 and, along with their evening festivities, were likely to have seen the Northern Lights in the breathtaking Canadian skies, according to the Daily Telegraph newspaper.
But George and Charlotte – who have joined their parents on their nine-day trip of Canada – didn’t miss out as they were taken to the Beacon’s Hill Children’s Farm to visit goats, pigs, sheep, chickens and llamas during the day.
The Victoria tourist board tweeted: “Prince George & Princess Charlotte met the cute critters @bhchildrensfarm yesterday!”
The royal family have had a busy few days in Canada and just yesterday the 34-year-old prince was eager to show off his dance moves as he attended a lively street party in Whitehorse, before he and his beautiful wife were whisked away to the forest for their solo evening.
Carly Fredrickson, 22 – who performed at the street party – said: “They [the Duke and Duchess of Cambridge] were really impressed and they made jokes about how he’s a really good dancer and he wanted to get up and dance with us. He said he has some moves and she agreed. He said he did want to get up and dance while we were performing.”
The duke and duchess will wrap up their tour of Canada on October 1.