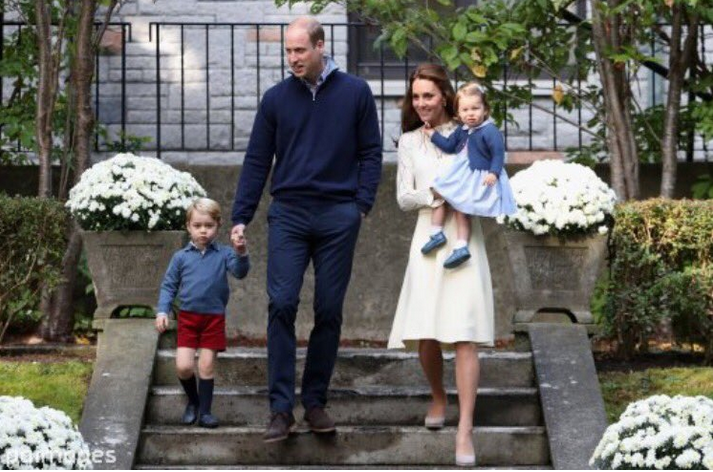 Princess Charlotte was heard saying her first word in public on Thursday (29.09.16) at a garden party in Canada.

The 16-month-old royal was overheard yelling “pop” as she frantically chased a balloon around in the grounds of British Columbia’s Government House yesterday afternoon.

According to ITV News, the toddler also referred to her father the Duke of Cambridge as “da da” as he picked her up for a cuddle following her exciting lunch in the garden.

Charlotte’s brother Prince George, three, was also keen to get involved in the action and ran across after he saw his younger sibling playing around with the colourful balloons.

As he reached out his hand to his mother the Duchess of Cambridge, he said: “But I want one, can I have one?”

The duke taught his son how to blow bubbles, while Charlotte played with a rattle before petting a big dog.

The youngster’s visit to the grounds was their first official engagement since they touched down in Canada last week.

The event was put on for the children of Canadian military families who have at least one parent deployed overseas.

The royal family – who are in Canada for nine days – then spent the rest of their day alone privately together.

William and Catherine – who got married in 2011 – have been busy travelling across Canada for engagements in Vancouver, Kelowna and the Yukon.

George and Charlotte have stayed in Victoria with their nanny Maria Borrallo but have certainly been entertained.

Ms Borrallo took the youngsters to Beacon Hill Children’s Farm on Wednesday (28.09.16) while their parents spent a romantic child-free night under the stars in Yukon.