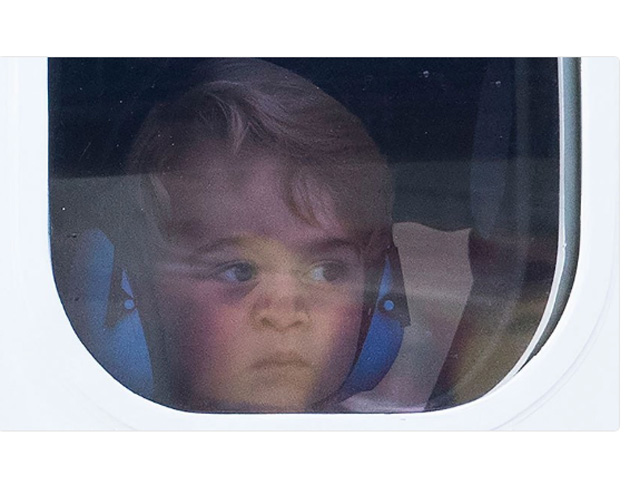 Prince George offered to fly his parents back home to England.

The adorable three-year-old royal had just completed an official tour of Canada with mother Duchess Catherine, father Prince William and 17-month-old sister Princess Charlotte and as they left Victoria, British Columbia, they boarded a seaplane to take them to Vancouver before a Canadian military jet flew them to the UK.

And after the seaplane landed, George was thrilled to be invited into the cockpit, where he wanted to show off his flying skills.

Pilot Shawn Stewart told the Daily Mirror newspaper: “After we landed, once the co-pilot got out, George climbed up into the seat and started playing with the controls and pretending he was flying the plane.

‘And George said: ‘No I’m going to fly us to England.”

The eight-day tour of eastern Canada has taken the royals from the stunning scenery of the Hadai Gwaii archipelago to the Yukon gold rush town of Whitehorse.

But it has been George and Charlotte who have been stealing the show on their public outings.

However, it is thought this will be the last overseas tour the children will accompany their parents on for a long time.

Sources close to the family say their decision to bring George and Charlotte was a “one-off” and that the youngsters are unlikely to accompany their parents on another official overseas tour for several years so they can enjoy a “normal childhood”.