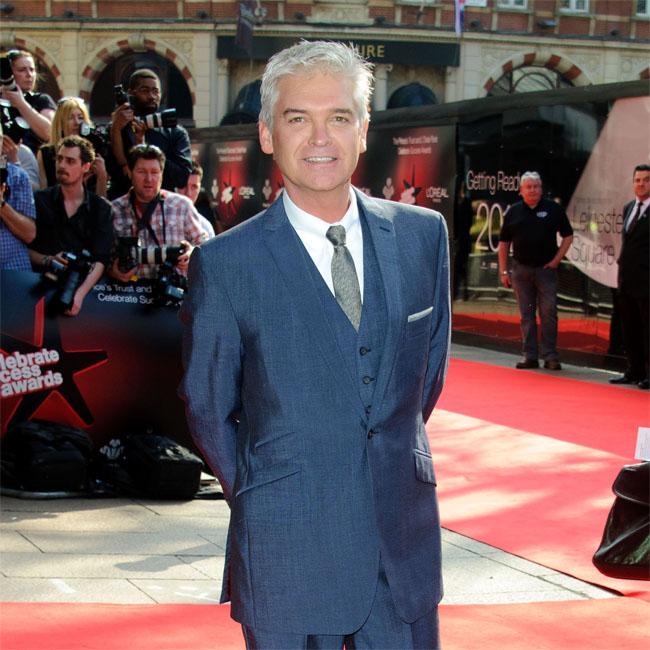 Phillip Schofield was warned not to make Prince Philip “cross” while making a new documentary.
The 54-year-old presenter has been working on a programme to mark 60 years of the Duke of Edinburgh Awards scheme and was granted a rare interview with the 95-year-old royal.
Though the ‘This Morning’ host praised the prince – who is married to Queen Elizabeth – for being “remarkable”, he admitted he was issued a number of warnings over what he could and couldn’t talk about with the royal.
He said: “I’ve been spending some time with him and he is just the most remarkable guy.
“He remembers everything, he’s very spritely, sharp.
“They warn you, ‘Don’t say that because you’ll make him cross’, ‘Don’t say that, you’ll make him cross’…
“So it is a bit of a dance.”
However, Phillip was “really impressed” by the prince’s active lifestyle, despite his advancing years, and hopes to be like him when he’s older.
His ‘This Morning’ co-host Holly Willoughby said: “You were so impressed with him. He kept coming into ‘This Morning’ saying, ‘Gosh, this happened yesterday, this happened yesterday’… You were really impressed with him.”
Phillip added during a joint interview on ‘Loose Women’: “I’m really impressed by what he does. As an elderly gentleman, that’s all I want to be.”
Phillip recently admitted the prince was unimpressed when he learned he hadn’t taken part in the Duke of Edinburgh Awards scheme as a youngster himself.
He said: “The first time I met the Duke at a Duke of Edinburgh Awards ceremony, he said to me ‘Did you do your DofE award?’ and I said ‘It wasn’t at our school’ and he said ‘Then why the bloody hell are you here then?’
“I said ‘My wife did her gold’ and he replied ‘Well she should be here then!’… He doesn’t suffer fools!”
‘When Phillip Met Prince Philip: 60 Years of The Duke of Edinburgh’s Award’ will also feature interviews with the prince’s son Prince Edward and his wife Sophie Wessex.