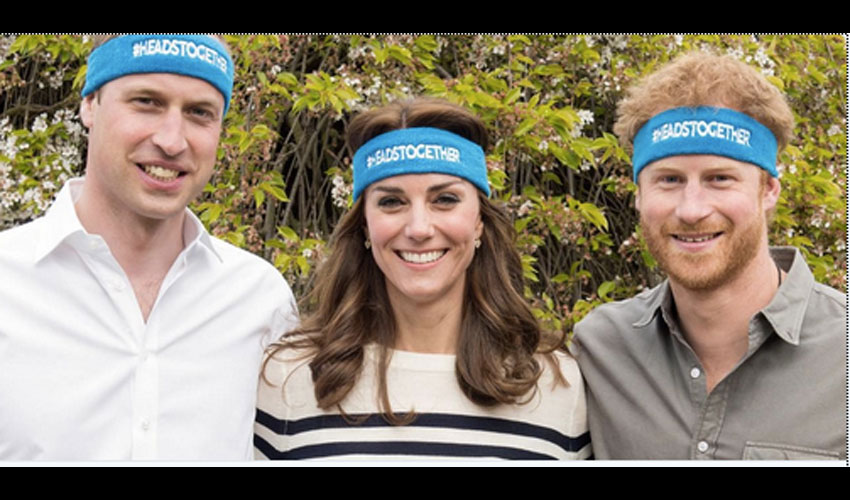 The Duke and Duchess of Cambridge are to mark World Mental Health Day (10.10.16) by taking a trip on The London Eye.
The royal couple will be joined by Prince Harry as they take a ride on the British capital’s landmark on South Bank to make a stand for those who have battled with depression and other psychological ailments.
The trio will also host a reception later in the day for their mental health charity, Heads Together, at County Hall where they will meet with those who have received support from close ones during dark times in their lives.
Kensington Palace confirmed on Twitter: “Today the Duke and Duchess of Cambridge and Prince Harry will celebrate #WMHD2016 with a special #HeadsTogether event at County Hall and @TheLondonEye. (sic)”
At the event, guests will be able to take to a special booth where they can take selfies with a thank you message to their loved ones or colleagues who have assisted them during their recovery from mental illness.
This year’s theme is all about thanking those who have helped others as part of the initiative’s #Thereforme social media drive.
A Kensington Palace tweet read: “The theme of #WMHD2017 is the value of ‘psychological and mental health first aid for all’, an issue TRH will explore with @heads_together (sic)”
This comes after Catherine admitted she and William “wouldn’t hesitate” in getting their two kids, Prince George, three, and 17-month-old Princess Charlotte, support if they needed it.
She recently said: “Throughout my work with family and child support organisations, one thing that has stood out to me time and again is that getting early support for a child who is struggling to cope is the best possible thing we can do to help our children as they grow up.
“Knowing this, both William and I feel very strongly that we wouldn’t hesitate to get expert support for George and Charlotte if they need it.”