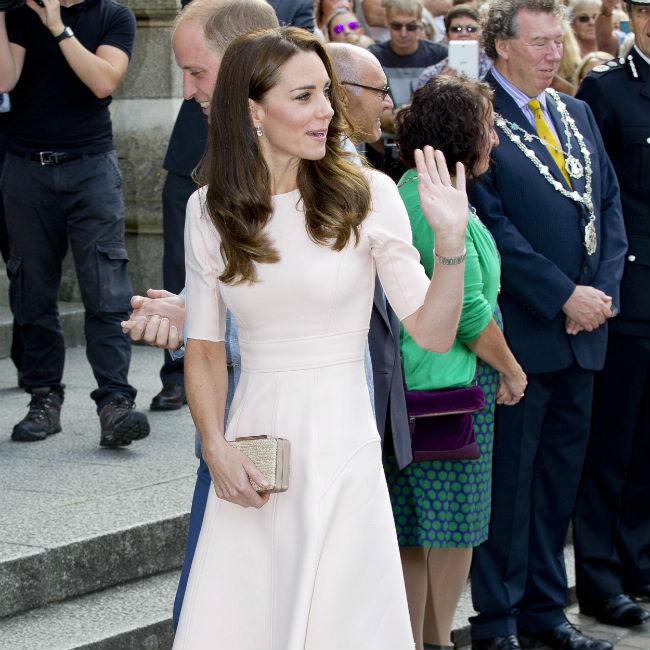 The Duchess of Cambridge is to meet King Willem-Alexander of the Netherlands on Tuesday (11.10.16).
The 34-year-old royal is to attend several engagements in Hague and Rotterdam in the country in northwestern Europe.
After meeting with the His Royal Highness, Catherine will then visit an art museum called The Mauritshuis, where she will be shown a painting of the Dutch Golden Age.
The mother-of-two – who has Prince George, three, and 17-month-old Princess Charlotte with Prince William – will also be involved in discussions about mental health with several organisations including UK charity Action on Addiction and some local charities.
She will conclude the visit with a trip to creative arts studio, which provides young people with the chance to learn about the arts and crafts.
A series of tweets on Kensington Palace’s Twitter confirmed: “The Duchess of Cambridge will soon arrive in the Netherlands and is looking forward to a day of engagements in the Hague and Rotterdam … The Duchess’s first engagement in the Netherlands today is to meet His Majesty King Willem-Alexander … The Duchess will visit @maurithuis gallery where the British Royal Collection has an exhibition of masters of the Dutch Golden Age … The Duchess will join a UK and Netherlands discussion on addiction and mental health @ukinnl with @Trimbos @ActionAddiction and @AFNCCF … HRH’s visit to the Netherlands will end @bouwkeet, a creative workshop in Rotterdam where young people are learning craft and design skills. (sic)”
Catherine’s trip to the Netherlands comes a day after she rode on The London Eye with Prince William and Harry for World Mental Health Day on Monday (10.10.16).