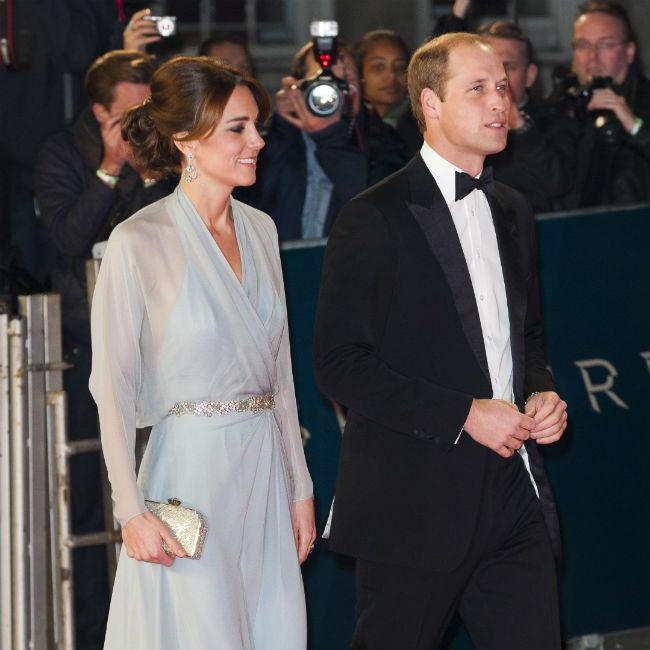 Prince William gave a speech at the 100 Women in Hedge Funds Gala on Monday night (10.10.16).
The 34-year-old royal attended the bash at Middle Temple Hall and posed for pictures with a large group of female fundraisers from SkillForce – a charity which works with young people providing mentoring and educational training – before congratulating them on their hard work.
The Duke of Cambridge got suited and booted and wore a stylish tuxedo with a bow tie to the lavish ceremony.
In his lengthy speech, William praised the ladies and said he was honoured to be a patron of the charity.
He said: “I personally am very pleased to be here again as Patron of 100 Women in Hedge Funds’ philanthropic initiatives. In fact, it was here at Middle Temple that I attended my first London Gala as Patron, back in 2010.
“Since that time, 100 Women in Hedge Funds has supported a number of charities of which Catherine, Harry and I are Patron.”
It was a busy day for the heir-to-throne as he also attended an event at County Hall for his, Duchess Catherine and Prince Harry’s charity Heads Together for World Mental Health Day.
There he vowed that the three of them will do all they can to make it easy for those battling depression and any other form of illness to ask for help.
He said: “Mental health is not a dirty word. We all have mental health like we do physical health, good or ill.
“But not seeking help at those times when it all seems too much or we are depressed or anxious, can impact the rest of our lives. Put it simply the three of us want to make asking for help no longer a big deal.”