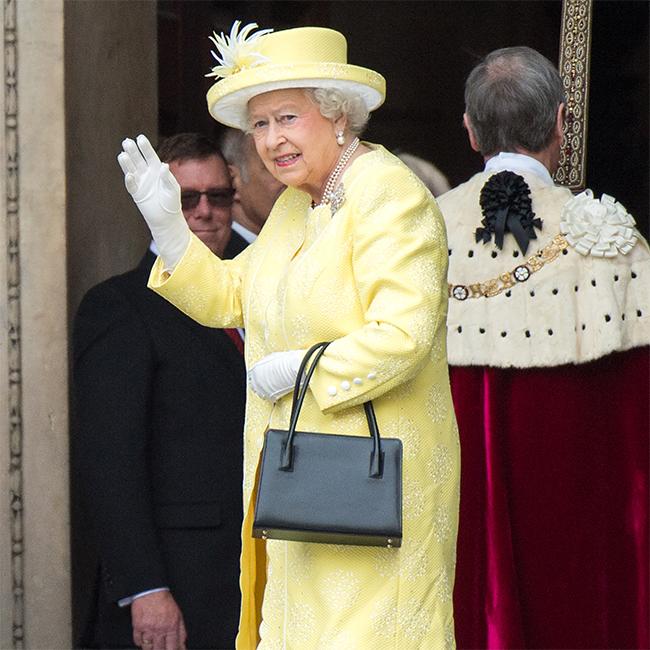 A guardsman collapsed during Queen Elizabeth’s visit to Brompton Barracks in Chatham, Kent.
The 90-year-old monarch was in the south east of England on Thursday (13.10.16) to mark the 300th anniversary of the The Royal Engineers when the uniformed gentleman passed out and was carried away on a stretcher as she examined 140 service men.
She did so from the comfort of her Range Rover and was joined at the event by musician and TV host Jools Holland, who is the deputy lieutenant of Kent.
The queen later showed her appreciation for the troops and praised the “world-class” Royal Engineers in her speech.
She said: “Your ability to provide a flexible and adaptable force, quickly and without fuss, for the purposes of war fighting, peace building or disaster relief is world-class.
“Whilst the wide range of skills and trades that are on display today give truth to your mottos Everywhere and Where Right and Glory Lead, it is your collective dedication and obvious professionalism that so easily impresses and is the legacy of those who have served before you.”
Elizabeth also wished them the “every success” in the future.
She added: “You and your families have always risen to those challenges.
“I congratulate you on reaching this point in your long and distinguished service and I would wish all sappers, wherever they may be, every success and good fortune in the future.”
During her visit, the royal met with a five-year-old Labrador called Max and Lance Corporal Alex Farquhar, who told the queen how dogs help sniff out bombs and weapons.
After meeting with Her Royal Highness, Lance told reporters: “It was an honour to meet the Queen. We had done a lot of rehearsing but in the end it was quite relaxed. She was clearly very interested.”
Elizabeth’s trip to Kent came on the same day she became the world’s longest reigning monarch following the death of Thailand’s King Adulyadej.