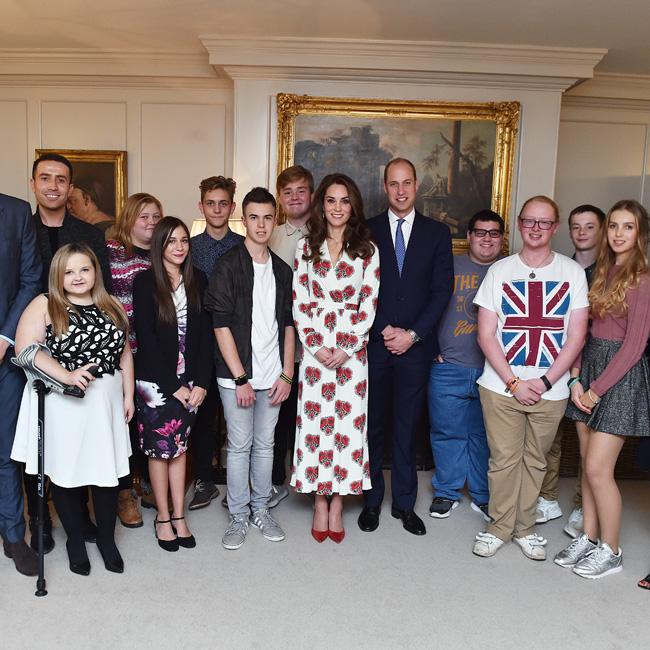 The Duke and Duchess of Cambridge have invited BBC Radio 1 DJ’s and Radio 1’s Teen Heroes of 2016 to Kensington Palace.
The radio presenters and the four teenagers, including 15-year-old Lewis, Niamh and Toby and 17-year-old Joe who have been nominated as the broadcasting networks inspirational adolescents of the year, visited the royal couple at their London abode prior to the Radio 1’s Teen Heroes Award ceremony on Sunday (23.10.16).
Prince William and Catherine – who have three-year-old son Prince George and 17-month-old daughter Princess Charlotte together – praised the teenagers for their inspirational work and congratulated them on the accolade and their positive voluntary work prior to the star studded ceremony over the weekend.
Radio 1’s Teen Heroes Award has been awarded to Lewis, Naimh, Toby and Joe because it recognises their contribution to helping others despite their own disability.
Lewis has successfully created a social platform for young disabled children whilst he has been battling with his own health issues, whilst Niamh – who has a rare auto-immune illness – alongside Joe and Toby have volunteered and helped fundraising for Cancer Research UK.
The forthcoming bash is in its seventh year and will be held at London’s SSE Arena, Wembley, will be hosted by the broadcasting channel’s host Nick Grimshaw.
The event will also see musicians, sportsman and other stars also credited for their contribution throughout the year.
Radio 1’s Teen Heroes Award is set to see a number of musicians to grace the stage and perform, including the popular girl group Little Mix, as well as The Vamps, DNCE and solo artist Jess Glynn.