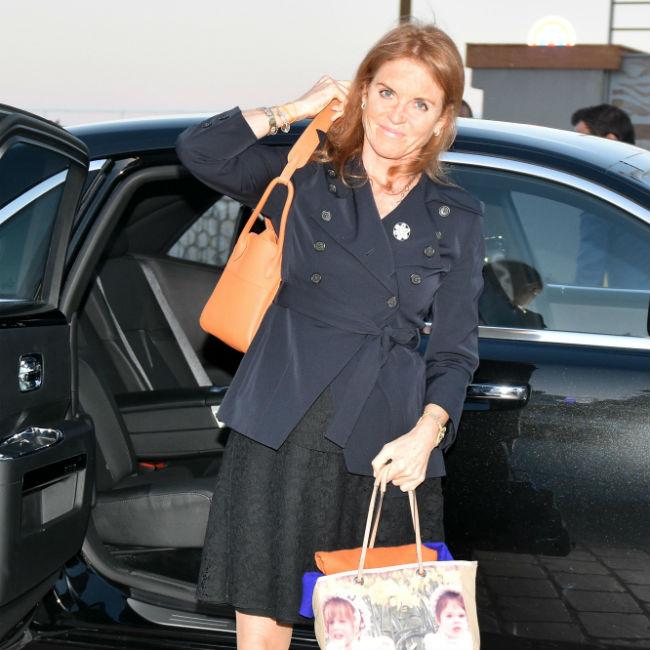 Sarah Ferguson says she and Prince Andrew “never really left each other”.
The former couple divorced in 1992 after six years of marriage but Sarah admitted she often forgets they are no longer together.
During an interview on Australia’s ‘Kyle and Jackie O Show’, host Kyle Sandilands asked: “Do you think you and Andrew will get back together like the world wants Kourtney Kardashian and Scott Disick to get back together? Just, enough’s enough. Just bite the bullet and sort it out.”
And Sarah replied: “I always think, ‘have we really?’. We’re divorced to each other right now. We’ve never really left each other.”
When Kyle continued, “You’re still together sort of,” Sarah replied: “Yes. I think the happily ever after…I’m actually writing a book about that too.
“it is about just because in our fairytales, which when we were little we were brought up with, that along comes the prince on a white charger in the castle.
“Actually, what if the real, true thing is to find yourself and to find peace and happiness within yourself?
“That is where the true nurturing, the true castle is, is you. And then after that, see what happens.”
Andrew and Sarah have daughters Princess Beatrice, 28, and Princess Eugenie, 26, and she insisted that her children are her proudest achievement.
Sarah said: “I look at them and think ‘wow’. No matter what I’ve done in my life, there’s one thing I know 100 per cent is I’ve been a really good mother.”