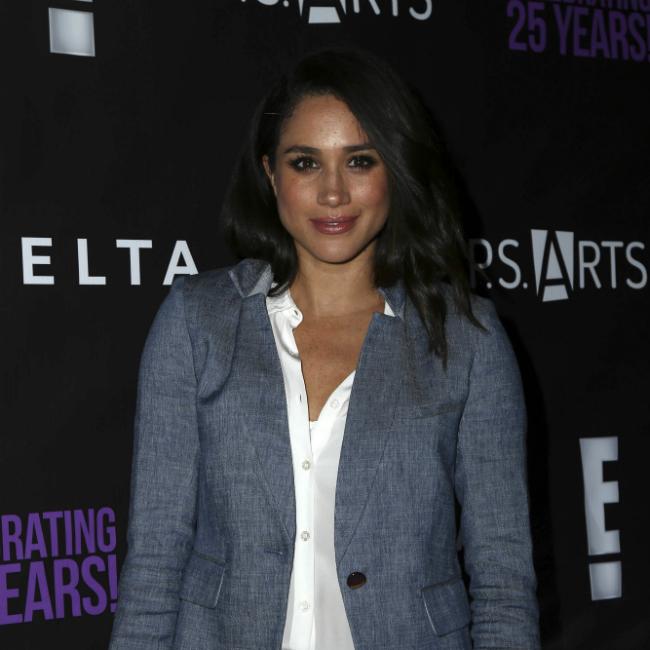 The ‘Suits’ actress is dating the 32-year-old royal after they met at a charity do in Toronto this past May, and her family friend Eri Specht, who was seeing the brunette beauty’s half-brother Tom for 15 years, insists the star is “much more classy” than the likes of Miley Cyrus.
She said: “She would be a very moderating, careful influence on Harry, whatever they stepped into. You don’t want him to end up with Miley Cyrus! Meghan is much more classy and sensible.
“She worked really hard to get where she is. She’s very accomplished and professional.
Meghan was previously married to film producer Trevor Engelson from 2011 to 2013 and Eri admitted the star was “heartbroken” when their union came to an end, but insists she is a “great catch” for Harry.
She added to The Sun newspaper: “She’s very smart, very well educated and very poised.
“If anyone is well suited for a prince, Meghan is. She is a great catch – she’s really kind, careful and goes out of her way to help other people.”
Harry was recently said to be “besotted” with Meghan and is currently in a “very relaxed period of his life”.
A source previously said: “He’s happier than he’s been for many years.
“He’s in a very relaxed period of his life and Meghan has come along at the right time.
“They are taking each week as it comes and just enjoying each other’s company but it’s fair to say that they love seeing each other and there’s a definite chemistry between them.”