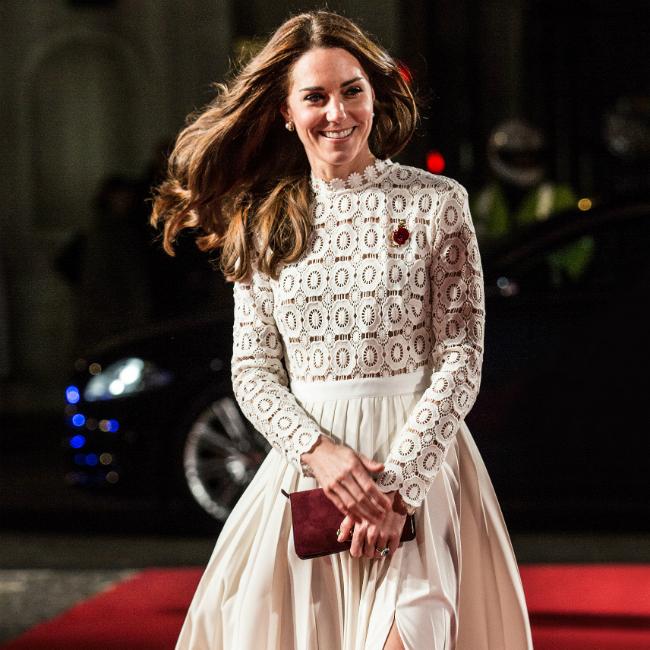 Duchess Catherine was the star attraction at last night’s (03.11.16) premiere of ‘A Street Cat Named Bob’.
The 34-year-old royal looked stunning in a floor-length white dress by new label Self Portrait as she walked the red carpet in London.
She was joined by a host of stars at the charity event, which was in aid of Action on Addiction, which she is royal patron of.
Before the film the duchess – who is also known as Kate Middleton – met the stars, cast and crew, and representatives from the charity including ginger cat Bob.
The film tells the story of homeless busker James Bowen, played by Luke Treadaway, whose life was turned around by a stray ginger cat.
Speaking about the role he said: “It is quite incredible that this has happened to me and Bob.
“Bob was cool. I reckon he enjoyed the filming.
“The fact that this was a true story and it was a film that would educate people about addiction and homelessness made it a really great film to be involved with.
“It was a great story about a real person who managed to turn it around.”
Action On Addiction is a charity that helps those struggling with drug and alcohol abuse as well as their loved ones.
Earlier, Catherine attended a more private Recovery Street Film Festival event to watch films made by people suffering drink and drugs issues.
The duchess – who has two children, Prince George, three, and 18-month-old Princess Charlotte, with husband Prince William – congratulated recovering addicts on their “inspiring” movies about the long path to sobriety at the festival.