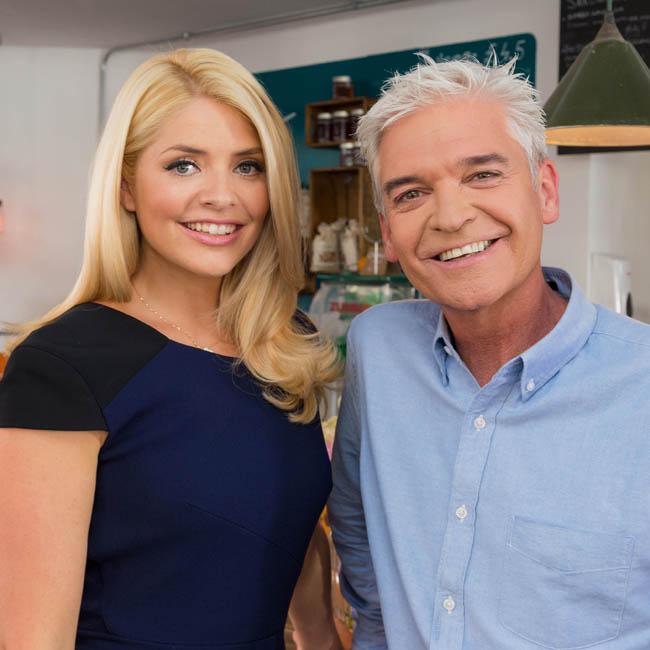 Phillip Schofield thinks Prince Harry is “very very angry” following a statement released by Kensington Palace confirming his relationship with Meghan Markle.
The 32-year-old royal defended the ‘Suits’ star against racist and sexist abuse in a letter released by his Communications Secretary today (08.11.16) and the ‘This Morning’ host admitted it was a highly unprecedented move.
He told ITV viewers: “I think this is the most powerful statement I have ever heard come out of the Palace. It’s an incredibly personal message from Prince Harry, and he is obviously very, very angry.”
Royal correspondent Camilla Tominey – who broke the story – was patched into Phillip and Holly Willoughby on a studio telephone link and said it was clear 35-year-old Meghan had been harassed with “racially dodgy” comments.
She said: “Apparently Miss Markle has been besieged with comments – some positive and some negative.
“I didn’t make any comment on her, I just broke the story. There have been racially dodgy comments made about her and her mother and I would never write anything like that.”
The statement read: “This last week has seen a line crossed. His girlfriend, Meghan Markle, has been subject to a wave of abuse and harassment.
“Some of this has been very public – the smear on the front page of a national newspaper; the racial undertones of comment pieces; and the outright sexism and racism of social media trolls and web article comments.
“Prince Harry is worried about Ms Markle’s safety and is deeply disappointed that he has not been able to protect her.
“He knows that it is unusual to issue a statement like this, but hopes that fair-minded people will understand why he has felt it necessary to speak publicly.”