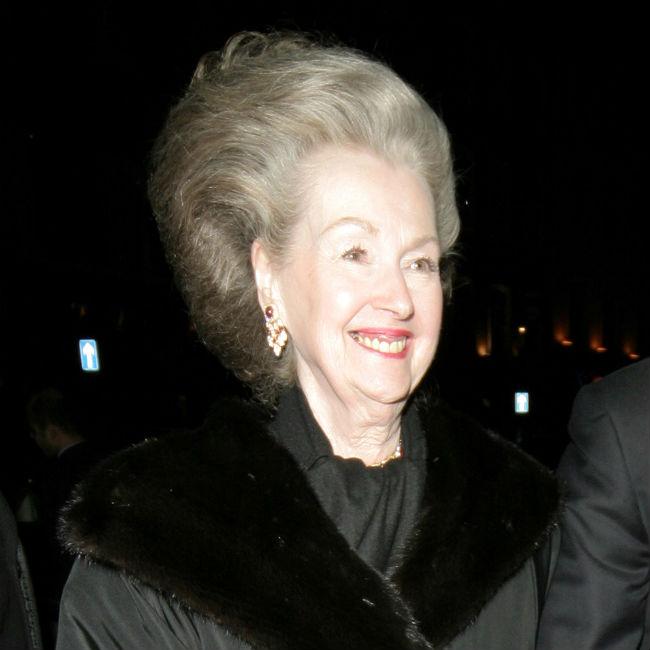 Princess Diana’s stepmother Raine Spencer has been laid to rest.
Countess Spencer died aged 87 last month following a short illness and was buried at a private funeral at a cemetery on the outskirts of London, according to her wishes.
The family released a short statement, which said: “Raine, Countess Spencer, died peacefully at her home in London on 21st October 2016, after a short illness.”
PEOPLE reports that no members of the Spencer family attended her funeral service.
Raine married the late Princess of Wales’ father Earl Spencer in 1976 when Diana was 15 years old.
It’s believed Diana and her brother Charles had a strained relationship with their stepmother – who they nicknamed ‘Acid Raine’ – however it improved over the years.
Majesty magazine’s editor-in-chief, Ingrid Seward, told the publication: “They spoke every morning and lunched together once a week or once a fortnight. They were very, very close and Diana used to lean on Raine’s shoulder and tell her all her problems, of which there were many. So their relationship completely turned around. It was quite a dramatic turnaround.”
Raine is survived by her four children William Legge, 10th Earl of Dartmouth, Rupert Legge, Henry Legge and Charlotte, Duchess of Carcaci and nine grandchildren and will be remembered at a memorial service next month.