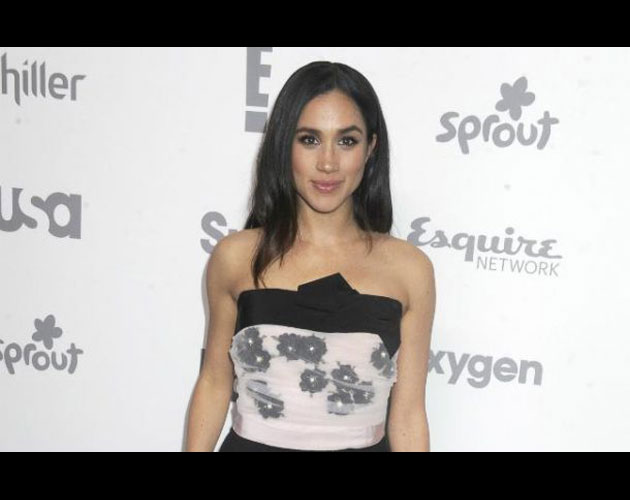 Prince Harry’s girlfriend has reportedly asked for time off work.
Meghan Markle – whose relationship with the British royal was confirmed by Kensington Palace earlier this week – is said to have told producers she needs a week off filming ‘Suits’ in Toronto this week because she has “something important to do”.
The reason for her absence is being kept secret, but insiders believe the 35-year-old actress is meeting with lawyers to get help and advice on managing her sudden rise to global fame as a result of her relationship with the prince.
Meghan, who has starred in ‘Suits’ for six years, is struggling to come to terms with the huge amount of attention she has been receiving.
A source told the New York Post newspaper’s Page Six column: “She comes across as just a regular girl.
“She’s stunning in person, but not everyone knew who she was. And she’s everywhere now.”
The news comes after Harry slammed the online trolls that are attacking his American girlfriend, who lives in Toronto, Canada, and said he was “deeply disappointed” that he has not been able to protect her from the “wave of abuse and harassment” she has suffered since their romance was made public.
A statement released by Kensington Palace reads: “His girlfriend, Meghan Markle, has been subject to a wave of abuse and harassment. Some of this has been very public … the outright sexism and racism of social media trolls and web article comments.
“Prince Harry is worried about Ms Markle’s safety and is deeply disappointed that he has not been able to protect her. It is not right that a few months into a relationship with him that Ms Markle should be subjected to such a storm. He knows commentators will say this is ‘the price she has to pay’ and that ‘this is all part of the game’. He strongly disagrees. This is not a game – it is her life and his.”
Meghan’s relatives have also been bombarded with messages and questions after the news of their romance broke.
And the flame-haired royal also insisted he has “never been comfortable” with the curiosity around his love life.
In a statement, the spokesperson added: “Since he was young, Prince Harry has been very aware of the warmth that has been extended to him by members of the public. He feels lucky to have so many people supporting him and knows what a fortunate and privileged life he leads.
“He is also aware that there is significant curiosity about his private life. He has never been comfortable with this, but he has tried to develop a thick skin about the level of media interest that comes with it.”