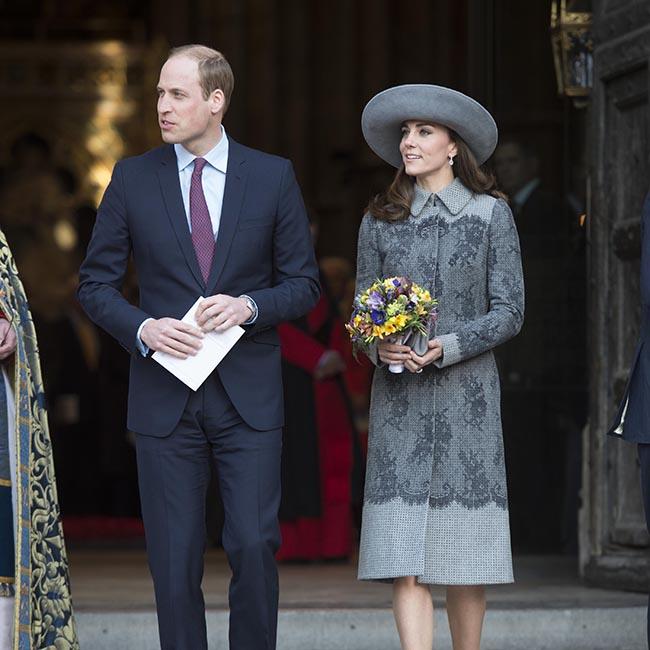 The Duke and Duchess of Cambridge attended a memorial service for the late Duke of Westminster on Monday (28.11.16).
The royal couple joined Lady Edwina Snow, the duke’s daughter, Prince Charles and 1,400 mourners at the memorial service at Chester Cathedral in northwest England.
Edwina led tributes to her late father – who died on August 9, from a heart attack – by reading out a poem, which was titled ‘A letter to my father’, and was full of motivational advice that her dad, Gerald Cavendish Grosvenor had given her over the years.
She read: “You taught me so much. Fight for what you believe in. Don’t ever give up.
“If you are knocked down, dust yourself off … and get back on your feet.”
Prince William, 34, also did a reading of the Garter Prayer from the Order of the Grater and was joined by Lady Natalia – the duke’s widow, who is also his godmother – and other guests including Princess Eugenie, the Duke of Kent and Duchess of Cornwall.
The 64-year-old royal sadly passed away after being rushed to Royal Preston Hospital after having the heart attack at his Abbeystead Estate in Lancashire, Northwest England.
A touching tribute on the Grosvenor website describes Gerald as a “down-to-earth guy” who regularly indulged in a Diet Coke and smoking and was a workaholic.
The message reads: “He was a passionate country man, committed soldier, an excellent shot, a true entrepreneur and, importantly, he went out of his way to be courteous and humorous with all people, regardless of status or wealth.
“Distinctly down-to-earth, the Duke of Westminster was rarely seen without a Diet Coke and a cigarette (later electric).
“Not much of a sleeper, one might expect emails from him at any hour of the night and an average week would see him up and down from home in Chester to London and all over the world to visit soldiers, businesses, charities and rural estates while representing and promoting numerous organisations.”
The father-of-four was the sixth duke and his son Hugh, 25, will inherit his father’s entire estate and take his seat in Eaton Hall in Cheshire.