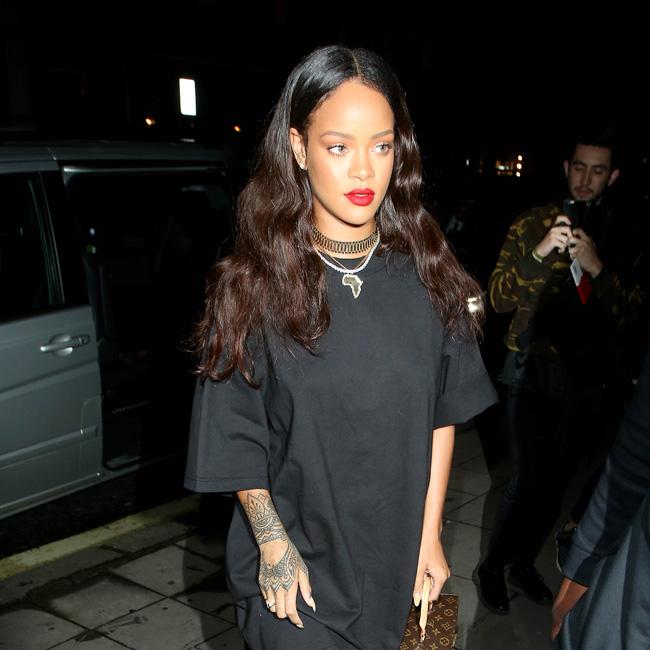 Prince Harry and Rihanna took a HIV test together in Barbados to raise awareness.
The 32-year-old royal and the 28-year-old pop beauty had only met a day before at the Toast the Nation event on Wednesday (30.11.16), which was put on to mark the 50th anniversary since the country gained independence, and Harry wanted to be tested with the Bajan beauty – who has 67 million Twitter followers – to have a greater “impact” on people around the world to go and find out their HIV status.
Rihanna joked that the flame-haired hunk “dragged” her out of bed to take the test.
In a joint video interview for the BBC, she quipped: “He sent his security, they showed up at my place and dragged me out of bed and here I am.”
Getting down to the serious reason for them taking it, Harry added: “No we had a conversation last night about it.
“We knew we were going to meet each at the concert and she has such an incredible reach and is respected across millions and millions of people, especially across America, so it was an opportunity that everybody in my position would have asked them to do it.
“[Rihanna] was more than willing and so happy to help and I am so excited for the impact it’s going to have.”
The ‘Work’ hitmaker was surprised by how “easy” and quickly she revived her results and says she agreed to it because she wanted to show just how simple it is to find out if you have the potentially life-threatening disease.
She said: “Mostly why I am here and I was excited to find out last night (30.11.16) from Harry, was that it is so easy and the results come back so quickly.
“You can find out really on the spot your status and it’s very discreet and the home testing is very affective.
“People are afraid of knowing their status and knowing in public in front of someone you don’t know.
“The home testing makes that easier, but we just did it in the middle of Heroes Square in Barbados and we just want to show people how easy it is to get tested and how you shouldn’t be afraid of knowing your status.”