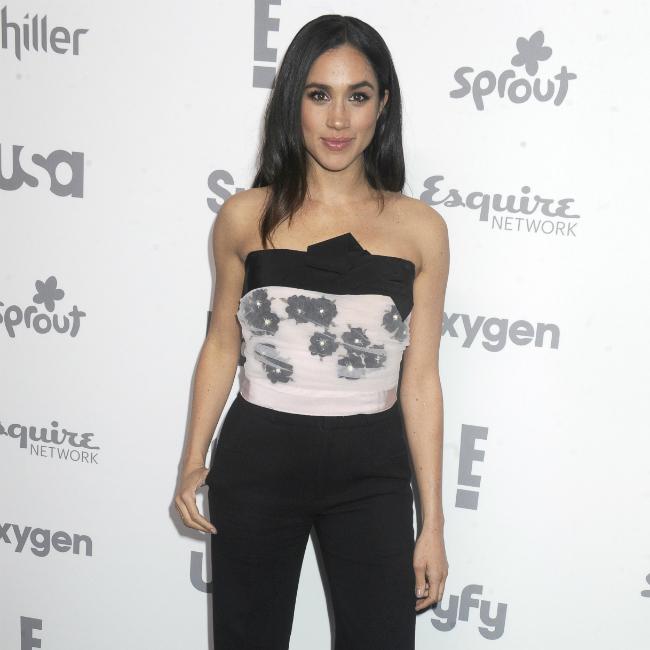 Elizabeth Hurley thinks Meghan Markle would make a great addition to the royal family.
The 51-year-old beauty admires the ‘Suits’ actress, who has been dating Prince Harry for just over six months, and feels she is just what the royal family “needs” at the moment and she is desperate for her to marry the 32-year-old flame-haired hunk.
Speaking on the ‘Today’ show on Thursday (01.12.16), she said: “I think she’s enchanting.
“I want her to marry into the really royal family because to have somebody who’s talented, successful, a woman of her own, gorgeous and American – I think it’s what the royal family needs. I am behind it.”
News of their romance broke in October and was confirmed by Kensington Palace, who issued a statement on behalf of Harry asking for people to respect their privacy.
Harry said he was “disappointed” he hasn’t been able to protect the brunette beauty from the online trolls she has faced since the couple’s romance was made public.
It read: “His girlfriend, Meghan Markle, has been subject to a wave of abuse and harassment. Some of this has been very public … the outright sexism and racism of social media trolls and web article comments.
“Prince Harry is worried about Ms Markle’s safety and is deeply disappointed that he has not been able to protect her. It is not right that a few months into a relationship with him that Ms Markle should be subjected to such a storm. He knows commentators will say this is ‘the price she has to pay’ and that ‘this is all part of the game’. He strongly disagrees. This is not a game – it is her life and his.”
Meghan’s relatives were also bombarded with messages and questions after the news of their romance broke.
And Harry also took the opportunity to insist he has “never been comfortable” with the curiosity around his love life.
The spokesperson added: “Since he was young, Prince Harry has been very aware of the warmth that has been extended to him by members of the public. He feels lucky to have so many people supporting him and knows what a fortunate and privileged life he leads.
“He is also aware that there is significant curiosity about his private life. He has never been comfortable with this, but he has tried to develop a thick skin about the level of media interest that comes with it.”