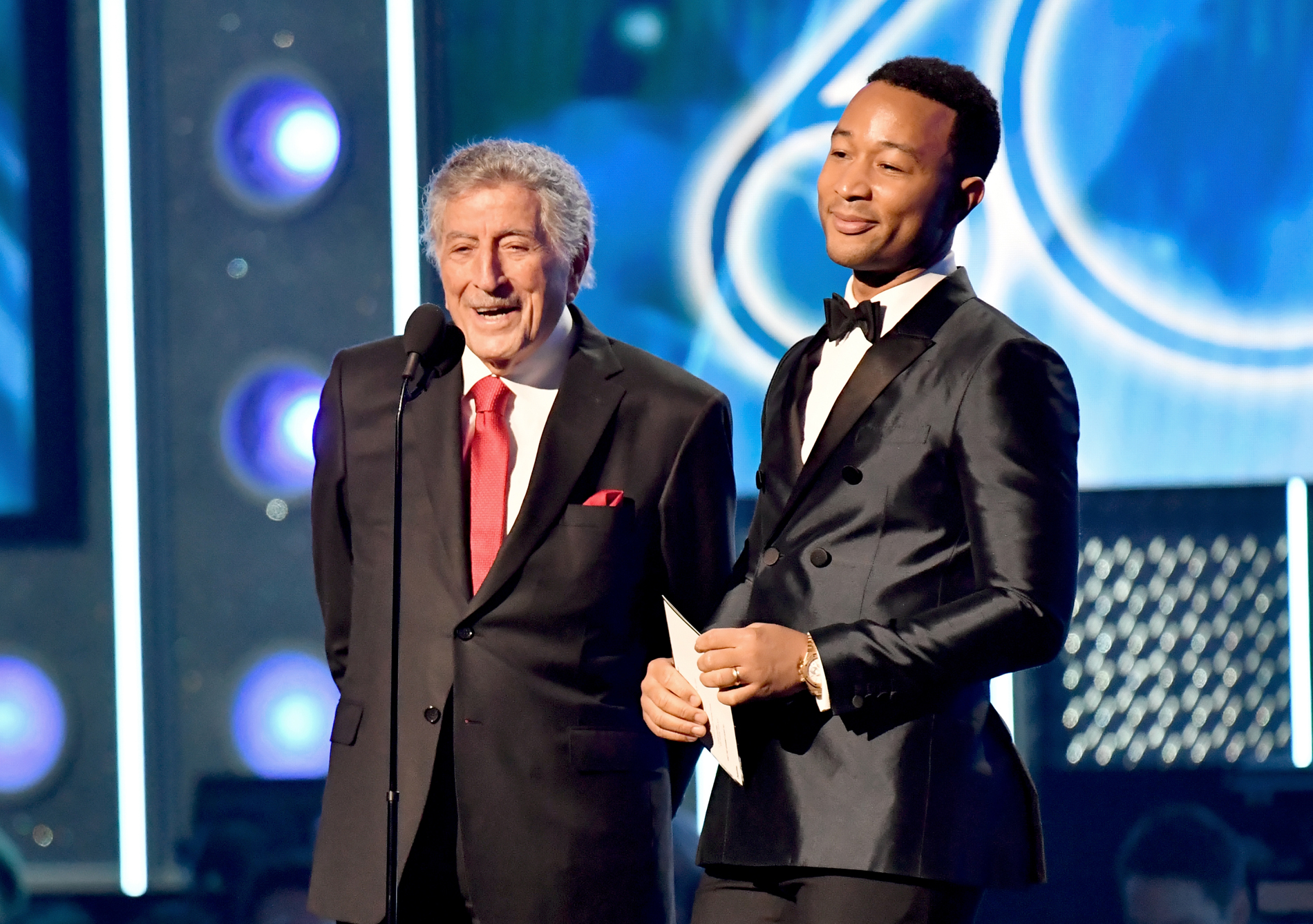 There was lots of love for Tony Bennett at the 60th Grammy Awards last night. And why not? He’s 91 and still performing – indeed he and co-presenter John Legend broke into New York, New York onstage to set the tone of the evening. There was some chatter about whether the young Mr. Legend over-sang his elder on that final note.  But that’s small potatoes compared to the real Bennett news – his moustache.