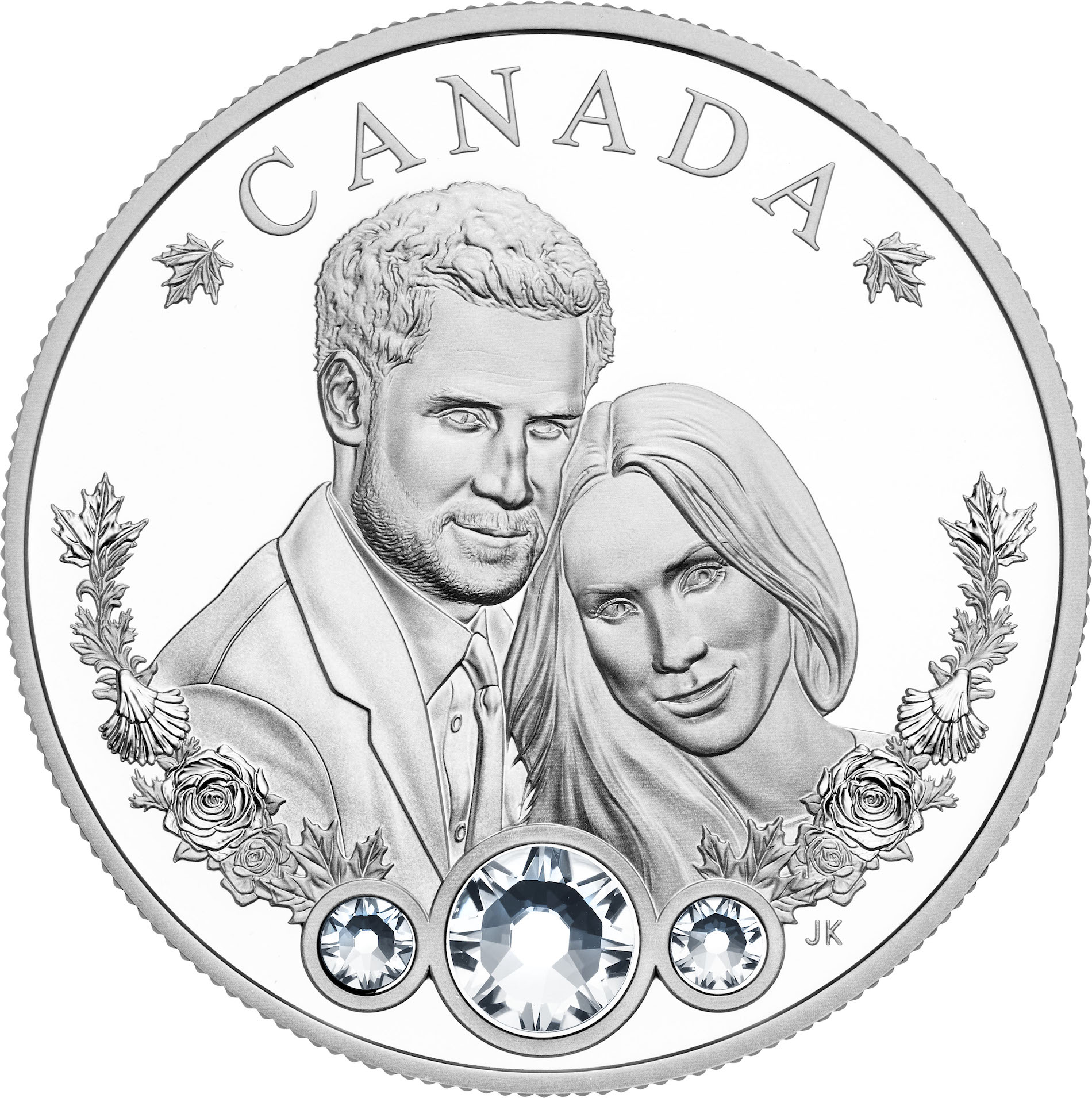 “The Mint has a proud history of celebrating royal milestones and crafting a silver collector coin to congratulate Prince Harry and Meghan Markle on their marriage is our latest expression of Canada’s special attachment to the Royal family,” said Sandra Hanington, President and CEO of the Royal Canadian Mint. “After consulting the royal couple-to-be on the design of this commemorative coin, the Mint is also delighted to donate $25,000 to the CAMH Foundation to advance the critical and ground-breaking research of the institution it supports.”

“We have long been appreciative of Prince Harry’s devoted service to reducing the stigma of mental illness and promoting the importance of mental health. We are delighted to partner with leaders dedicated to helping people living with mental illness,” said Deborah Gillis, President and CEO of CAMH Foundation. “We couldn’t be happier to host today’s unveiling of the coin celebrating his marriage to Ms Meghan Markle, as well as to honour the happy couple by ensuring that the Mint’s generous donation helps to drive a positive movement for change.”

Designed by Canadian artist Joel Kimmel, the coin is  an engraving of the official engagement portrait of the Royal couple-to-be, and adding a touch of CanCon, it’s edged with maple leaves and intertwined with roses and escallop shells from Prince Harry’s coat of arms.

The flip side of the coin features Her Majesty Queen Elizabeth II by Susanna Blunt.

It can be ordered by contacting the Mint at 1-800-267-1871 in Canada, 1-800-268-6468 in the US, or online at www.mint.ca. The coin will soon be available at the Royal Canadian Mint’s boutiques in Ottawa and Winnipeg, as well as through the Mint’s global network of dealers and distributors, including participating Canada Post outlets.