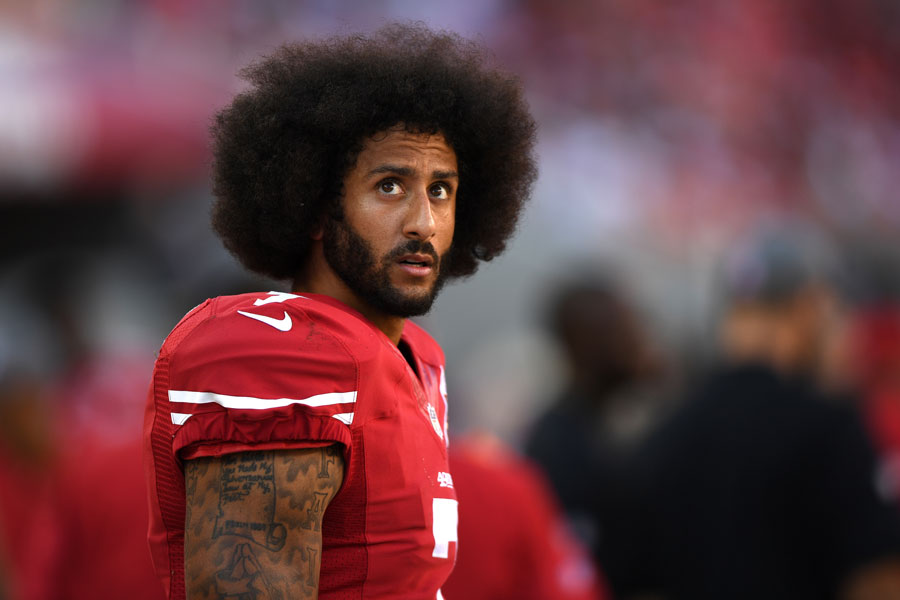 A number of confused “patriotic” Americans are burning their Nike shoes and ripping the brand’s iconic checkmark from their clothing after the sports brand featured Colin Kaepernick in an ad for the 30th anniversary of their Just Do It slogan.

The former San Francisco 49ers quarterback was the first NFL player to kneel during the American national anthem in protest against racism and police brutality in 2016, inspiring other NFL players to do the same.

The target of the protest, however, has been confused with its means of delivery. Many Americans, including President Donald Trump, have chosen to interpret it as a protest against the flag and the United States, as well as a slight against the military.

Since the controversy, Kaepernick has remained unsigned and the NFL recently warned players they would be suspended for kneeling during the anthem in the 2018-2019 season.

News of Kaepernick’s involvement in the ad campaign made its rounds after he posted a black-and-white close-up of himself on Instagram on Monday featuring the Nike logo and slogan, along with a quote that read: “Believe in something. Even if it means sacrificing everything.”

Since then, more than 30,000 people have tweeted the hashtags #NikeBoycott or #JustBurnIt, which included videos of users destroying their Nike apparel.

Nike Inc. shares have since dropped three per cent.

Ironically, those willing to burn and deface their Nike apparel on social media over the brand’s choice in spokesperson have more in common with Kaepernick than they realize. Like him, they chose a public platform where they could be heard and chose to perform a demonstrative act in the hopes of inciting a movement.

The former NFL star’s protest during the anthem was no more about the flag or patriotism than this misguided boycott is about an extreme dislike of footwear.

Kaepernick didn’t initiate an “anthem protest” as it’s been called in the headlines. It was a protest made at the only time that a demonstration would have any impact in an NFL game. And while the symbolism of the anthem and flag was part of his message, he has always been clear about the overarching subject of his protest.

“I am not going to stand up to show pride in a flag for a country that oppresses black people and people of color,” Kaepernick told NFL Media after his first public demonstration. “To me, this is bigger than football and it would be selfish on my part to look the other way. There are bodies in the street and people getting paid leave and getting away with murder.”