The Man Who Will Be King: HRH The Prince of Wales at 70 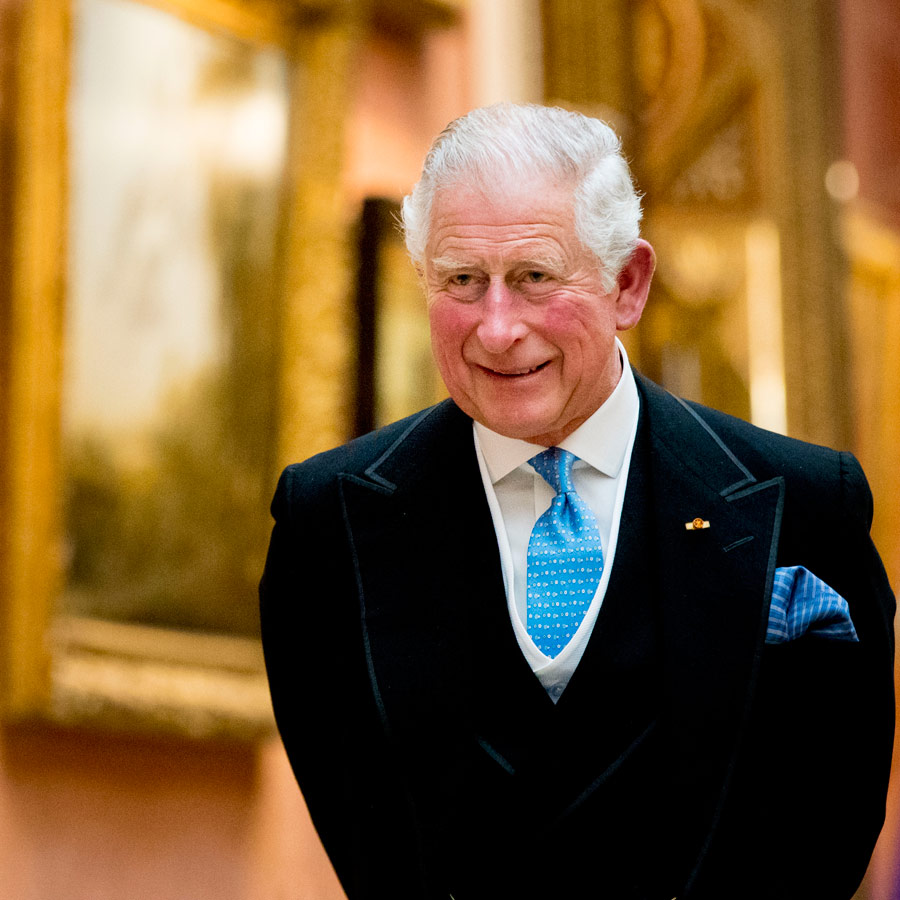 Prince Charles, the heir apparent to the British throne, celebrates his 70th birthday on Nov. 14 with a glamorous bash at Buckingham Palace attended by a slew of royals (major and minor) as well as a smattering of celebrities and those who work in the numerous charities that the prince is involved with.

While details of the private affair are scant we do know that the Queen is hosting the party, which includes a reception and sit-down dinner. Despite his frail health, Prince Phillip, 97,  is likely to make an appearance to celebrate his eldest son’s milestone birthday.

According to numerous press reports, other royal guests include those from Norway, Belgium, Denmark and the Netherlands. Of course, at the top of the list are the Prince of Wales’s sons, Prince William and Prince Harry who will be on hand to help celebrate with their wives, Catherine, Duchess of Cambridge, and Meghan, Duchess of Sussex.

To coincide with his birthday, the BBC aired a new one-hour documentary, Prince, Son and Heir: Charles at 70. The film includes candid footage and interviews with the Prince of Wales and his wife, Camilla, Duchess of Cornwall, as well as interviews with William and Harry.

An hour doesn’t quite seem enough time given how much of a polarizing figure Prince Charles has been. What the film omits entirely is Diana, Princess of Wales, despite the fact that many of the prince’s defining moments were via his courtship, marriage, separation and divorce from the People’s Princess.

In his youth, Charles was the heartthrob — the dashing polo-playing prince who women swooned over. When he began courting Lady Diana Spencer the world went mad — call it Wills and Kate 1.0 — and their wedding was a global sensation viewed by millions. The fairytale didn’t last and Charles was seen as cold and calculating, especially when audiotapes were leaked of his sexually explicit conversations with then-mistress Camilla Parker-Bowles.

Diana went public with her unhappiness after the divorce, and her words “there were three people in our marriage” have become notorious. After her untimely death in 1997, it seemed the public would forever vilify Charles. And yet … time does appear to heal all wounds. When he married Camilla at last in 2005, the public was more accepting of their union. However, in terms of popularity, there have been many calls for the Crown to skip a generation and rest atop Prince William’s head instead. A recent poll ranks Prince Charles’ popularity at 7th among the Royal Family, with his son Harry topping the list.

While the documentary Prince, Son and Heir skips over this tumultuous period in his life, it does reveal how Charles has spent much of his adult life making his own distinctive path as he fulfills his royal duties. Part of his personal mission includes being a lifelong and passionate advocate for the environment. When Charles first started to bring awareness of climate change to the forefront he was often scoffed at and seen as “quirky.” Decades later, it’s a mainstream global concern, the results of which we are seeing with recent catastrophic weather events.

The documentary also features Charles visiting what’s left of the Great Barrier Reef in Australia, as well as the island of Dominica following the devastation of Hurricane Maria in 2017. His concern for the people and the ravaged ecosystems is palpable, and the locals throng around him affectionately, reaching out to touch him while he, in turn, shakes hands and reassures. Seeing Charles act as a humanitarian is in striking contrast to the stuffy image many hold of him.

This passion for the environment is something that Charles has passed down to his kids. In the film, both William and Harry watch in awe at footage of their father in 1970 giving a speech about the environmental hazards of plastics in our waterways. “He took us litter-picking when we were young on holidays,” William recalls with a smile. “We thought this is perfectly normal, everyone must do it.”

“He’s a stickler for turning lights off and it’s something I’m obsessed with as well,” Harry concedes.

The planet is only one of the many causes that Prince Charles has devoted himself to, along with the protection of British heritage and focus on young people.  The Princes’s Trust, established after he left military service, has a mandate to “help 11- to 30-year-olds who are unemployed or struggling at school to transform their lives.” According to the charity’s website, it’s been extremely successful, as “three in four young people supported by The Prince’s Trust move into work, education or training. The Prince of Wales’s charity has helped 825,000 young people since 1976 and supports over 100 more each day. The organization has helped over 900,000 young people.”

If people are familiar with the work and duty of the heir to the throne, they may be surprised by the softer side of the man — especially how close he is with his sons. Royal watchers made a big fuss when Charles escorted Meghan Markle down the aisle on her wedding day. In the film, Harry reveals the details, “I asked him to, and I think he knew it was coming, and he immediately said ‘Yes of course. I’ll do whatever Meghan needs and I’m here to support you …’ He’s our father, of course, he going to be there for us.”

“People don’t realize quite how kind he is,” Camilla, Duchess of Cornwall says, commenting on how, on that same day, Charles took the hand of Doria Ragland, Meghan’s mother, to sign the register.

Also revealing, is how his sons feel about their fathers’ work ethic (“proud” and “inspired”) and also what they wish for him next. When asked if Charles has time to be a grandfather, William is quick to respond. “It’s something I’m working more heavily on,” he says. “He does have time for us but I’d like him to have more time with the children … when he’s there he’s brilliant.”

Harry concedes his father is a workaholic who eats a late dinner and is often found asleep at his desk after midnight, sometimes with a Post-it Note stuck to his face. It’s a side of Charles few have seen. “Please have dinner earlier,” is Harry’s bit of advice for his father.

The documentary strikes a more serious note when it comes to one of the harshest criticisms Charles has endured — his “meddling” in politics and international affairs. “Really? You don’t say?” the prince jokes when asked about the accusation. “I thought of it as motivating.”

He cites his involvement in improving the lives of inner city conditions in London as an example of his true intentions. “If that’s meddling, I”m very proud of it,” he says.

But when the day comes that he is crowned King of England, will anything change in how he responds to events and people? Prince Charles makes it clear where he stands and he understands the role of Prince of Wales and the Sovereign are very different. “Clearly, I won’t be able to do the same things as I’ve done as heir, of course you operate within constitutional parameters.”

A case could be made that Charles was ahead of his time — as eco-warrior, food-to-table proponent and organic farming advocate among other things.

History, it appears, is on his side. Whatever else might be said, the documentary offers a glimpse not only into what kind of man Prince Charles really is, but perhaps it opens a doorway into the kind of king he will become.

“He’d like to save the world,” Camilla, Duchess of Cornwall says.