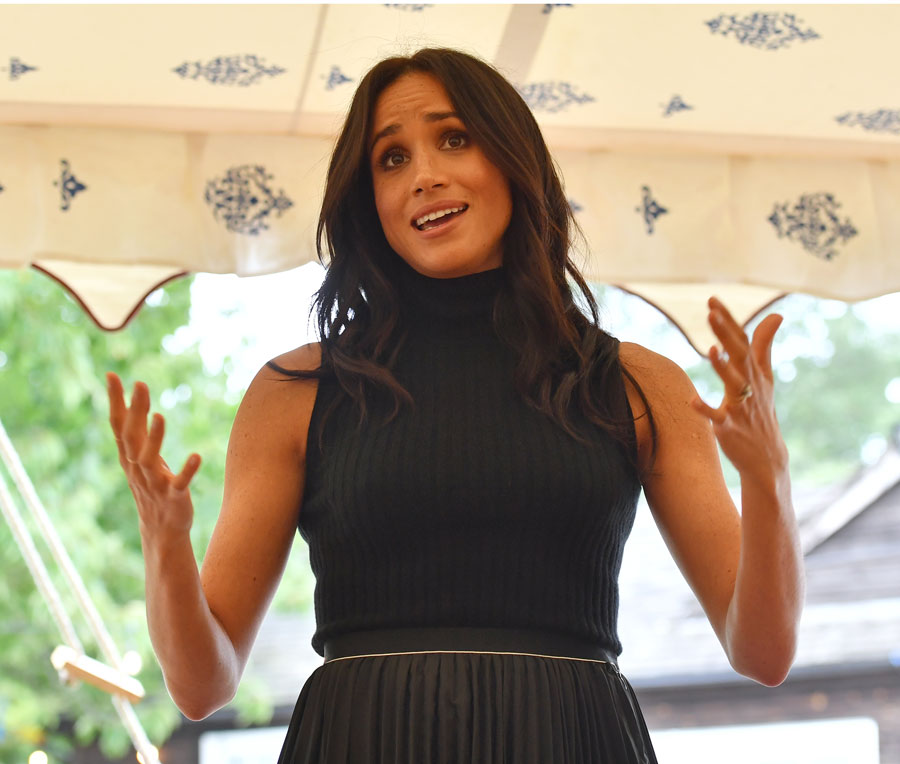 “We talk daily. And the first thing out of her mouth is, ‘How are the kids? How are you?’ I’m not even allowed to ask about her until she finds out about me.”

Those are just two of the quotes extolling the virtues of the Duchess of Sussex in an exclusive cover story in People Magazine.  Inside five of Meghan Markle’s “closest confidantes” discuss how the scrutiny and criticism of Prince Harry’s wife is unfair and downright incorrect. These close friends spoke to People anonymously and contend that Meghan is not the pushy and demanding wife that the UK tabloids are portraying her as.

The friends also seek to clarify the tense relationship that the Duchess has with her half-siblings. Which is to say, no relationship at all.  According to one of the sources, “They have been made to appear as siblings who had this falling out, and that’s not the truth at all. They were not a part of her life.”

One main point of contention, and worldwide gossip, has circled around Meghan’s father, Thomas Markle. He has claimed in the media that he’s unable to reach his daughter. Not so, say Meghan’s party of five, “He knows how to get in touch with her,” adds the longtime friend. “He’s never called; he’s never texted. It’s super-painful.”

The friend also said that Meghan wrote her father a letter telling him she was heartbroken.  “I love you. I have one father. Please stop victimizing me through the media so we can repair our relationship.”  The friend told the magazine that Thomas Markle responded with a long letter but ended the missive by requesting a photo op with her.