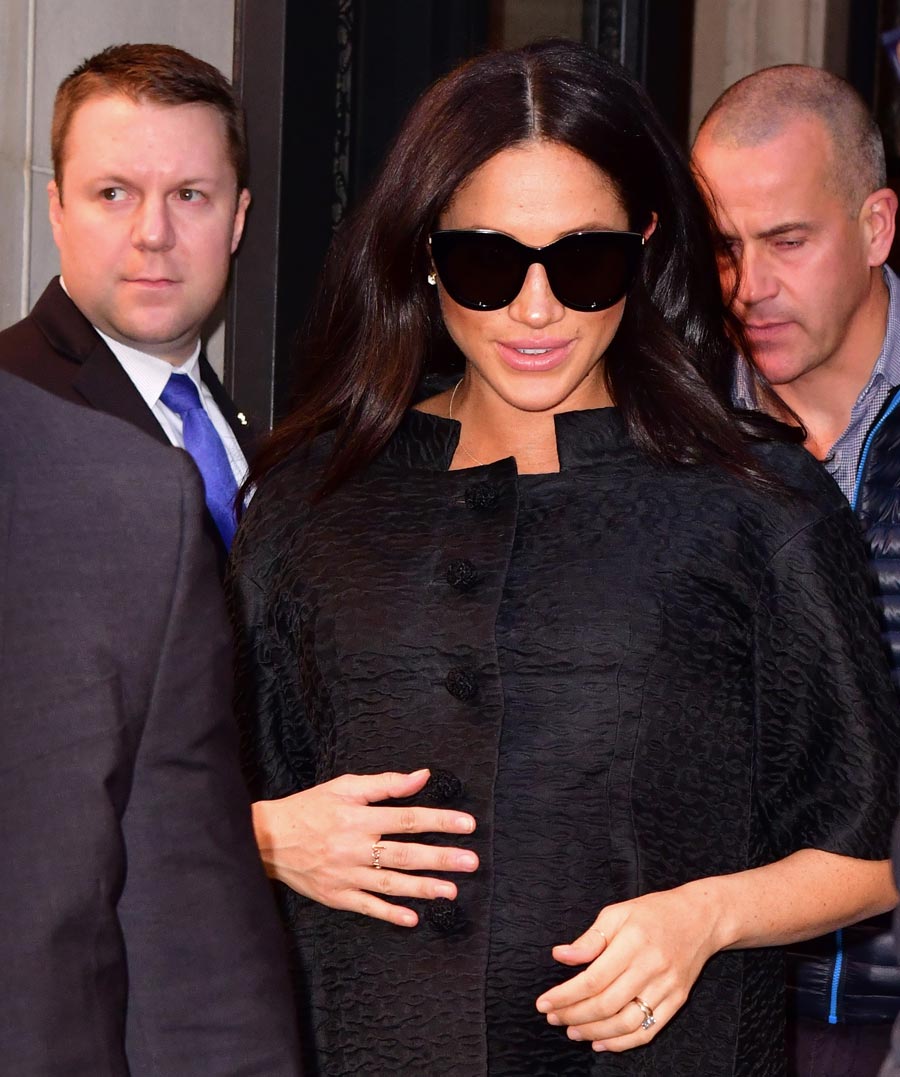 Meghan Markle-mania crossed the pond and alighted in Manhattan as the Duchess of Sussex journeyed there for a pre-motherhood last hurrah – dining at The Polo Bar and visiting The Met Breuer – culminating in a baby shower hosted and planned by her bestie, stylist and maid of honour at her wedding to Prince Harry, Jessica Mulroney, who became close with Markle after she moved to Toronto to film Suits in 2011; tennis great Serena Williams, who has been friends with the Duchess since they met at an industry event in 2010; and Genevieve Hillis, a Markle pal since their university days. The shower’s location, The Mark Hotel on Manhattan’s Upper East side, turned out to be a boon to royal watchers as décor, gifts, a harpist and then eventually guests had to go through banks of paparazzi to get to the penthouse suite where the party ensued. Another newer friend in attendance, Gail King, dished on her CBS morning show that guests were taught to arrange flowers – they were overwhelmingly pink perhaps pointing to the arrival of the Princess – with the arrangements being donated to charity. Also, that the Duchess did not open the gifts because she wanted to wait and do so with Prince Harry – aaawwww. Also sharing in Sussex joy was another power couple – pop and rap royalty Beyoncé and Jay Z. Beyoncé had penned a heartfelt post to the Duchess to mark Black History Month, commending her for using her platform as an actress and now as a Royal “for good,” specifically “bringing many Black traditions to her Royal Wedding” and placing her “culture front and centre.” She also commended the royal couple for pushing “the race relations dialogue forward both near and far.”

Later, while accepting their Best International Group Award at the BRITS, they recreated a scene from their “Apes**t” video, in which they stood in front of the Mona Lisa at the Louvre. In this case, they replaced the Mona Lisa with a painting of Markle and turned to face it after their speech, with Beyoncé posting yet another tribute, this time to Instagram, proving real Queens adjust each other’s crowns. “In honor of Black History Month, we bow down to one of our Melanated Monas. Congrats on your pregnancy! We wish you so much joy.”