The End of an Era: Chanel Designer Karl Lagerfeld Dies in Paris at Age 85 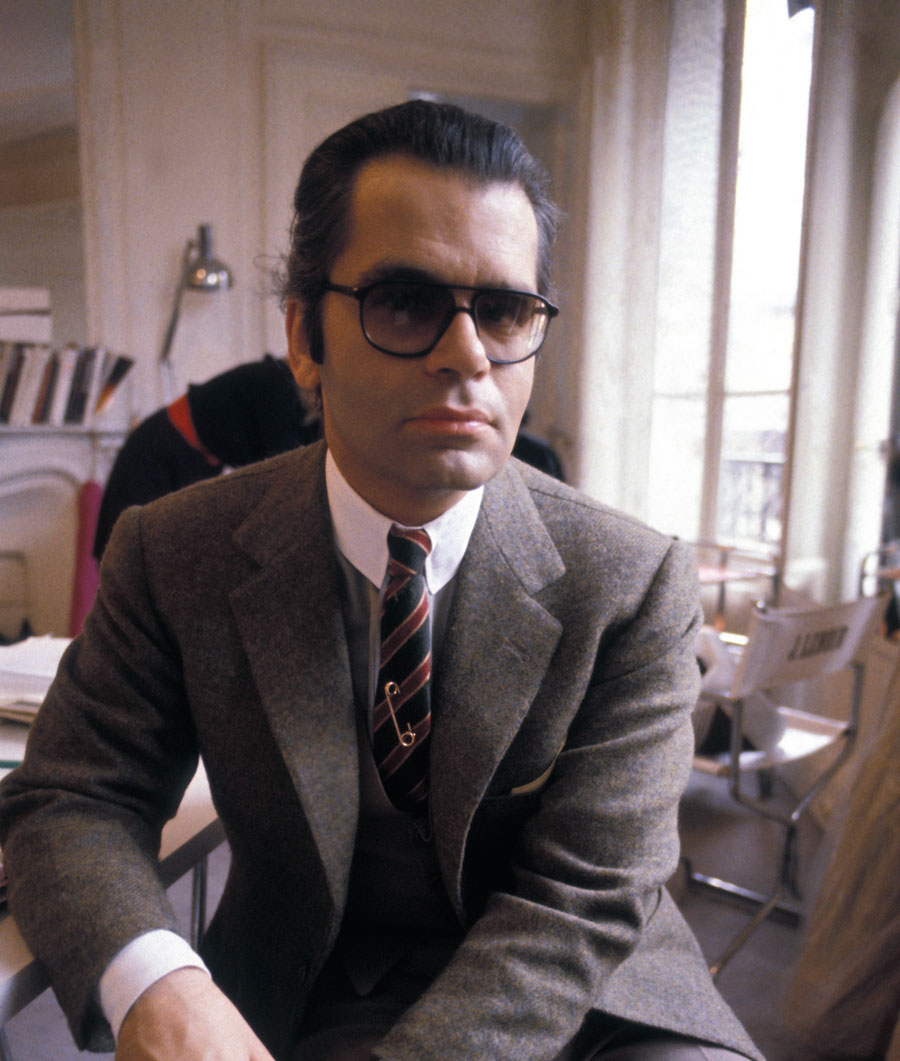 Karl Lagerfeld, one of the fashion world’s most irreverent, controversial, extravagant and prolific designers has died aged 85 in Paris. His employers at Chanel, where he designed for more than three decades, issued a statement confirming his death on Monday evening but no cause was given.

While often referred to as “Kaiser Karl” due to his German heritage, “Sun King” would also be an apt description for the man whose reign in fashion was lengthy and invoked the industry’s reverence for his artistic and intellectual prowess. That his self-styled aristocratic image resembles a modern day Louis XIV, is no accident.

Despite his age, Lagerfeld was an inexhaustible artiste — helming design duties, not only at Chanel, but also at Fendi and his namesake label. In addition to his output of a multitude of collections each season, he also worked as a photographer, publisher and bookshop owner.

“I hate leisure,” he once said in an interview back in 2008, “except reading. I’m really a person made to work, if sketching is considered work. I’m pretty lucky to be doing what I’m doing in beyond-perfect conditions.”

And he adhered to a relentless and ruthless schedule. The only public sign, which might have signalled his health was failing, was back in January during the couture show in Paris when the designer did not take his traditional bow at the end of the show. This was the first time he was a no-show in his more than 30-year career at Chanel. His absence was noteworthy enough to make headlines, to which Chanel explained as just tiredness on his part.

The next Chanel show is scheduled for March 5th, during the fall ready-to-wear collections in Paris. The brand has named Virginie Viard as his successor — she was the director of the Chanel fashion creation studio and worked with Lagerfeld at Chloé and then Chanel for over 30 years.

The Hamburg native got his start in fashion in Paris as Pierre Balmain’s assistant in 1955 before moving on to Jean Patou. He began to make a name for himself in the 1960s as the designer at Chloé and Fendi.

But he was overshadowed by another rising star, his friend, Yves Saint Laurent. While Lagerfeld was toiling under established brands, YSL created his own label in the ’60s and immediately began revolutionizing fashion with his iconic designs such as le smoking. His heady life was one of excess and indulgences in drugs and parties and by the 80s, it was a life marked by declining health.

This was the moment when Lagerfeld started to burnish his mark in fashion history. After Coco Chanel died in 1971 and the legendary French house fell into oblivion, Lagerfeld was hired in 1983 and given carte blanche to revitalize the label.

He told The New Yorker, ”Everybody said, ‘Don’t touch it, it’s dead, it will never come back.’ But by then I thought it was a challenge.”

Not only did he successfully inject some youthful and playful glamour into the label but he also retained and updated some of Chanel’s codes like the tweed suit, pearl necklaces and iconic handbags for a modern era. His turn-around of the legendary label ignited a rush of conglomerates acquiring and dusting off other historic fashion brands.

His longevity at Chanel is an anomaly in today’s fashion industry where there is a veritable game of musical chairs as designers are hired and fired within a few seasons. But one reason for his tenure could be the success of the global brand. Last year the privately held company disclosed its profits for the first time. In 2017, they recorded a net profit of $US1.8 billion.

He was one of the last remaining designers who threw extravagant fashion shows in exotic locations or on custom-built opulent Hollywood-style sets. From staging a show on the Great Wall of China for Fendi to taking over a boulevard in Havana for a Chanel show, he was the consummate showman.

Lagerfeld also displayed an intuition of being ahead of the curve — not just at the luxury level but also for the mass market. He was one of the first designers to collaborate on a collection with a cheap-and-cheerful retailer such as H&M, back in 2004. When the limited edition Karl Lagerfeld for H&M collection debuted in the retailer’s North American and European stores, it created mass hysteria and was sold out in a matter of hours.

He was among a handful of fashion designers who rose to the top of the game to become a cultural icon and whose image is so recognizable, he couldn’t walk the streets of Europe without causing a frenzy of fans and photographers. In 2000, he made headlines with his dramatic weight loss of more than 90 lbs — all for the sake of wearing the severely svelte suits from Dior, designed by Hedi Slimane. The new slimmed down Lagerfeld generated enough buzz to inspire his writing of the bestseller The Karl Lagerfeld Diet in 2002. He also played up his celebrity status and starred in Diet Coke and road safety commercials in France.

A polyglot with an appetite for consuming large bodies of literature, Lagerfeld also displayed a rapier wit that could range from witty to withering — often igniting controversy in the media over some of his barbs. He’s called Adele fat, labelled Meryl Streep as cheap and in 2006 he told The New Yorker that the late Princess Diana was, “Pretty and she was sweet, but she was stupid.”

Perhaps, no other designer was able to sculpt a relentlessly unwavering self-image, which became equal parts parody and product. With his powered white hair in a pony tail, all-black attire except for crisp white shirt with a stiff four-inch collar, dark glasses and fingerless gloves, it was a trademark look that not only lent itself to Halloween costumes but was also turned into collectible toys, including a Barbie doll and a luxurious stuffed teddy bear.

Resolutely single and despite claims to not having a romantic life, Lagerfeld led a notoriously private life. Which of course lead fans to fervently follow whatever nuggets he threw out such as the life of his feline, Choupette, whose pampered life is documented on Instagram. In his later years, he publicly doted on his godson, Hudson Kroenig, who modelled in Chanel shows and would take end-of-show bows with him along with Viard.

He also showed other sides to his multi-facet personality with other interests outside of fashion. In 2015, he made his first visit to Canada to promote a new condo lobby he designed in Toronto, telling a local news outlet he, “needed a reason to look at how Canada is, and to get in touch with the reality of Canadian life.”

And the designer had a few Canadian friends.

Roots co-founder Michael Budman and his wife Diane Bald met the designer whilst living in Paris back in the 1980s. Besides expanding Roots stores in the fashion capital Budman also founded Passion, a large size format magazine which was the city’s only English language cultural, arts and tourist guide, which found a fan in Lagerfeld.

“He was the biggest supporter of Passion magazine,” said Budman. “He loved the magazine and took out a full-page ad.”

“We did a cover story on him and he gave us an interview, which was five-and-a-half hours long!” he said. The designer also introduced him to legendary photographer, Helmut Newton, who shot one of Passion’s covers and got Bald a job with celebrated interior designer of the moment Andrée Putman who had designed Lagerfeld’s Left Bank bookstore.

“He was an amazing person, full of new ideas, new thoughts and a trailblazer. Three designers came to Paris in the ’50s; Valentino, Yves Saint Laurent and Lagerfeld, changing fashion forever.”