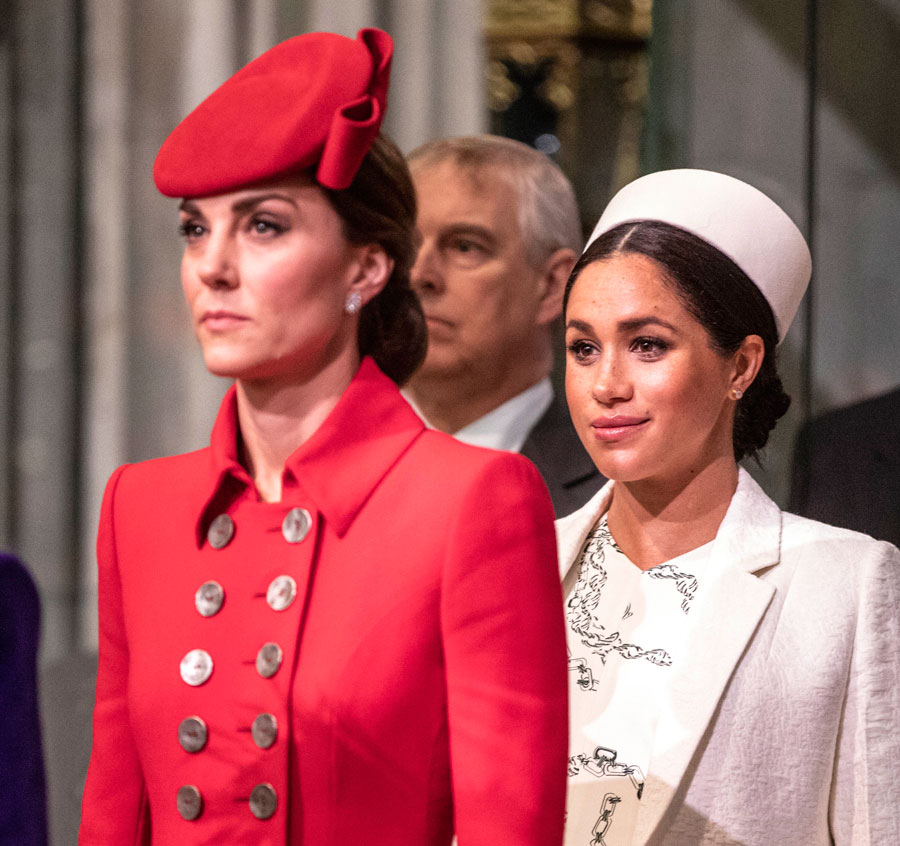 Royal watchers got their tongues wagging after it was announced that a shakeup was happening within the royal family households.

The Queen has agreed to set up a separate household for the Duke and Duchess of Sussex sometime this spring. This will effectively split Prince Harry, the Duke of Sussex, away from his brother and heir to the throne, Prince William, the Duke of Cambridge.

Rumours of a royal rift between the brothers – more specifically their wives, Catherine and Meghan – have been circulating for months. Such talk was so rampant that the Palace put out an official statement denying that there was any bad blood – blue or otherwise – between the young couples.

Of course, Meghan, the Duchess of Sussex, has come under scrutiny after two of her staffers quit, and her father publicized a letter she’d written him following  a People magazine story where five of her “closest friends” opened up about her strained relationship with her father and his family.

This move by the Queen officially means that Harry and Meghan will have a separate staff from Wills and Kate, and this new household staff will operate out of an office at Buckingham Palace and not at Kensington Palace, where the brothers have lived for years.

Official spin of this split says that such a division of their shared household after 10 years is simply a reflection of the two couples’ different interests and responsibilities. In other words, this move was inevitable. Although according to the Times of London, “It is thought courtiers hope a formal separation of their staff may help ease the reported tensions between the brothers and their wives.”

Some claim this royal ruckus began when Kate lashed out at Meghan for being rude to a member of her staff. When the gossip wouldn’t go away the Palace put out the initial statement claiming, “it never happened.”

Given this rift, and the many questions bound to arise from the household split, it makes sense that Sara Latham was tapped to handle PR for the new Sussex household. Lathan is an experienced pro, having served as Special Assistant to the Chief of Staff for Bill Clinton and also as a senior advisor for Hillary Clinton’s 2016 campaign. (Latham, who holds dual citizenship in the UK and US, is one of only a few Americans to serve as a political appointee in both the American and British governments. )

Wednesday’s statement from Buckingham Palace read in part, “The Duke of Sussex currently has his own private office, which has been supporting the Duchess since the engagement of Their Royal Highnesses in November 2017… This long-planned move will ensure that permanent support arrangements for The Duke and Duchess’s work are in place as they start their family and move to their official residence at Frogmore Cottage.”

Clearly there is something going on between the two couples. One can only imagine that duelling duchesses must strain the close bond between brothers.