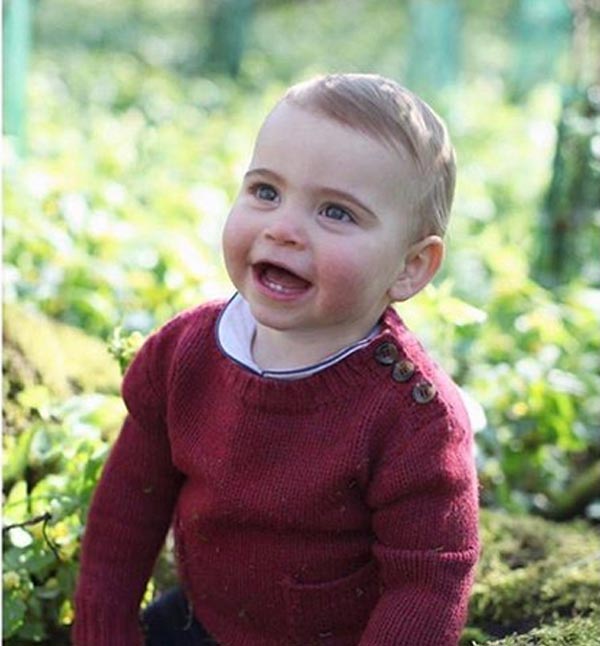 Where does the time go? The youngest child of the Duke and Duchess of Cambridge turns one today and to mark the occasion the royal family just released three (beyond adorable) photos of the little prince. They were taken earlier this month at their home in Norfolk.

The photos were released via Twitter on the official @kensingtonroyal account, along with the caption:  “The Duke and Duchess of Cambridge are delighted to share three new photographs of Prince Louis ahead of his first birthday tomorrow. The photographs were taken earlier this month by The Duchess at their home in Norfolk.” It has been reported that Prince Louis — as the photos certainly seem to indicate — is “very quiet and content, always smiling and happy.”

In recent years, it’s become a new and most welcome tradition to release casual snaps of the royal brood’s birthdays and other special occasions, like their first day of school. Kate Middleton, herself, is often the photographer.

Prince Louis, for now the youngest member of the royal family,  made his first public appearance  outside the Lindo Wing of St. Mary’s Hospital in London. He arrived at 11:01 a.m. (Western European Time) on Monday, April 23, weighing a healthy 8 pounds, 7 ounces. He joined his older siblings Prince George, 5, and Princess Charlotte, who will turn 4 in early May.

Prince Louis, of course, will be the closest in age to baby Sussex who is expected to be born any day now.  On their newly launched @sussexroyal Instagram page, Prince Harry and Meghan Markle left a sweet birthday message for their nephew, complete with cake and balloon emojis: “Happy Birthday Louis! Sending lots of love from both of us.”