Busiest Week Ever: The Queen, at 93, Shows No Sign of Slowing Down 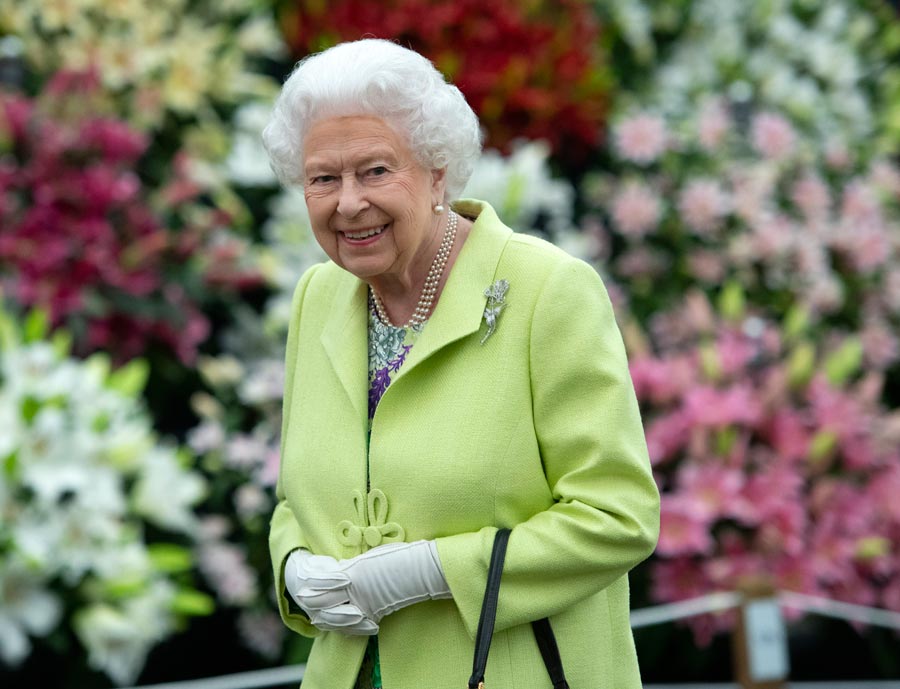 And you think you’re having a busy week. Her Majesty Queen Elizabeth II, the oldest reigning British Monarch at 93, has surpassed even her own demanding schedule by attending five high profile engagements in just six days, including the royal wedding of Lady Gabriella Windsor and Kate and William’s garden (designed by the Duchess herself!) at the Chelsea Flower Show.

On Tuesday, the Queen — looking as stylish as ever in a pastel blue Stuart Parvin coat (see video below), which she wore with a hat adorned with flowers by Rachel Trevor Morgan —hosted Buckingham Palace’s annual Garden Party with 8,000 people in attendance.

And surprise! Guests at the lavish affair included two very lucky Canadians, twin sisters Maggie and Emma Archibald from Nova Scotia, who scored tickets to the party through the High Commission of Canada and actually had the chance to chat to the Queen personally when she walked up to them to say hello.

“She asked us what we did for our jobs and I explained to her that I am a content marketing specialist and do a lot of work in social media and she said, ‘Oh, that’s really fascinating, you must enjoy that,’” Maggie Archibald told the The Chronicle Herald. “It was very nerve-racking,” she added, especially the curtsying part. “I just kind of put my left leg behind my right and bent down. It felt pretty cool to be able to curtsy to the Queen.”

How does she do it?