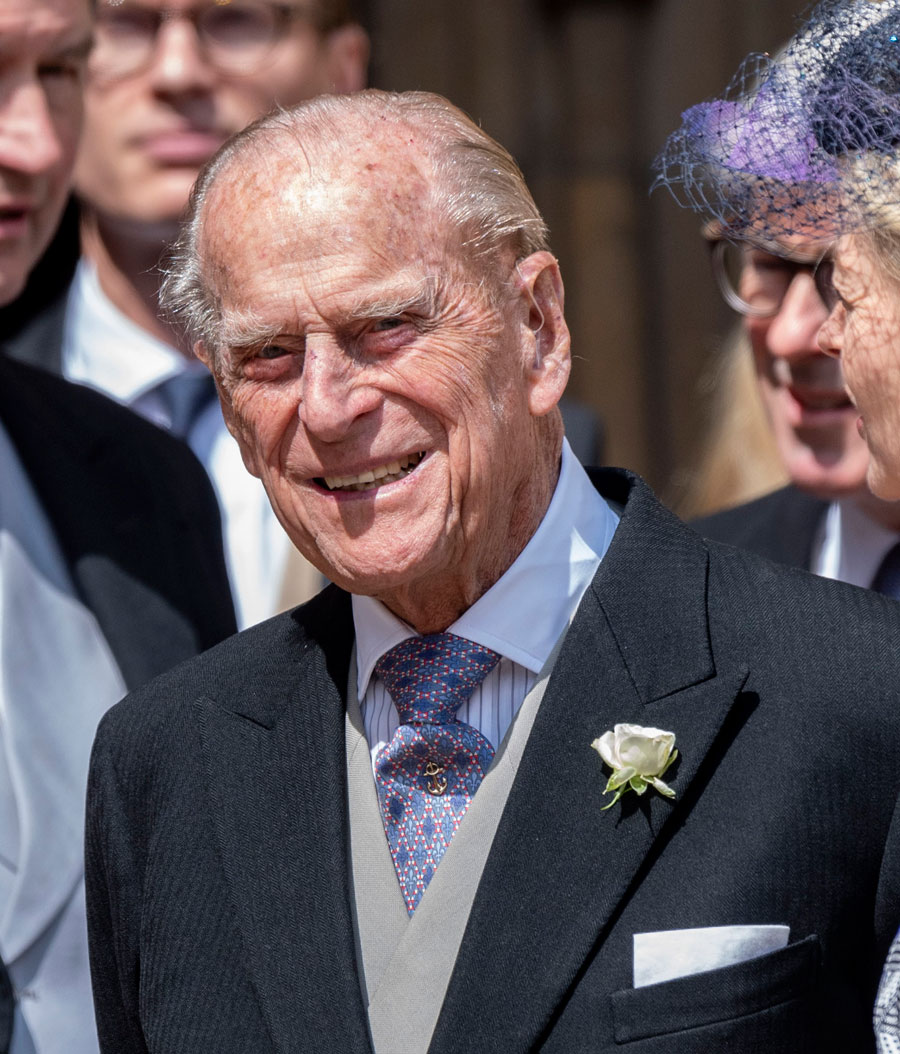 Prince Philip, Duke of Edinburgh attends the wedding of Lady Gabriella Windsor and Mr Thomas Kingston at St George's Chapel on May 18, 2019 in Windsor, England. (Photo by Mark Cuthbert/UK Press via Getty Images)

Of the many anecdotes about Prince Philip, who celebrates his 98th birthday on Monday (June 10), there’s this, from a book of stories about him:

In 2000, so the anecdote goes, an official who was greeting the Duke of Edinburgh at a Canadian airport asked innocently: ‘What was your flight like, Your Royal Highness?’ Philip: ‘Have you ever flown in a plane?’ The official said: ‘Oh yes, sir, many times.’ ‘Well,’ said Philip, ‘it was just like that.’

There’s only one problem.

According to the Canadian Press, the Duke never visited Canada in 2000.

The likely apocryphal story, unless it’s just a simple error of time and place, is a measure of Philip’s reputation as a man who’s always up for a bit of joking and drollery.

Decades before Harry and Meghan brought a breath of fresh air into the stuffy precincts of Buckingham and Windsor and Balmoral, Harry’s grandfather did his part to make the monarchy less pompous and strait-laced.

He’s also done his part to ease the burden of the monarchy for Her Majesty though he himself has borne the considerable burden of being his wife’s subject.

It was 80 years ago when the great-great-grandson of Queen Victoria, the Prince of Greece and Denmark, met his then 13-year old third cousin Princess Elizabeth who would one day inherit the throne. The marriage, after his war service and her coming of age, was welcomed and maybe even planned by the British royal family, though the teenage Elizabeth herself had fallen hard for the handsome Navy captain.

During his wife’s unprecedented 67-year reign and their 71-year marriage, he’s carried out his duty to Queen and country, as intimate confidant, steadfast consort, regal representative and progenitor of the next three kings of England, followed by the next 20 in line for the throne.

After significant health issues in the last few years, the Duke of Edinburgh retired from public service at the age of 95. He was back in the news in January when he had a car accident, ramming another car and flipping his Land Rover and had to give up driving on public roads.

His only recent appearances have been at family events: the marriages of grandson Harry, granddaughter Eugenie and making the acquaintance of great-grandson Archie.

At 98, Prince Philip is the third oldest royal (and oldest ever male) in British history, behind Princess Alice, Duchess of Gloucester who lived to 102 and the Queen Mother who was 101.