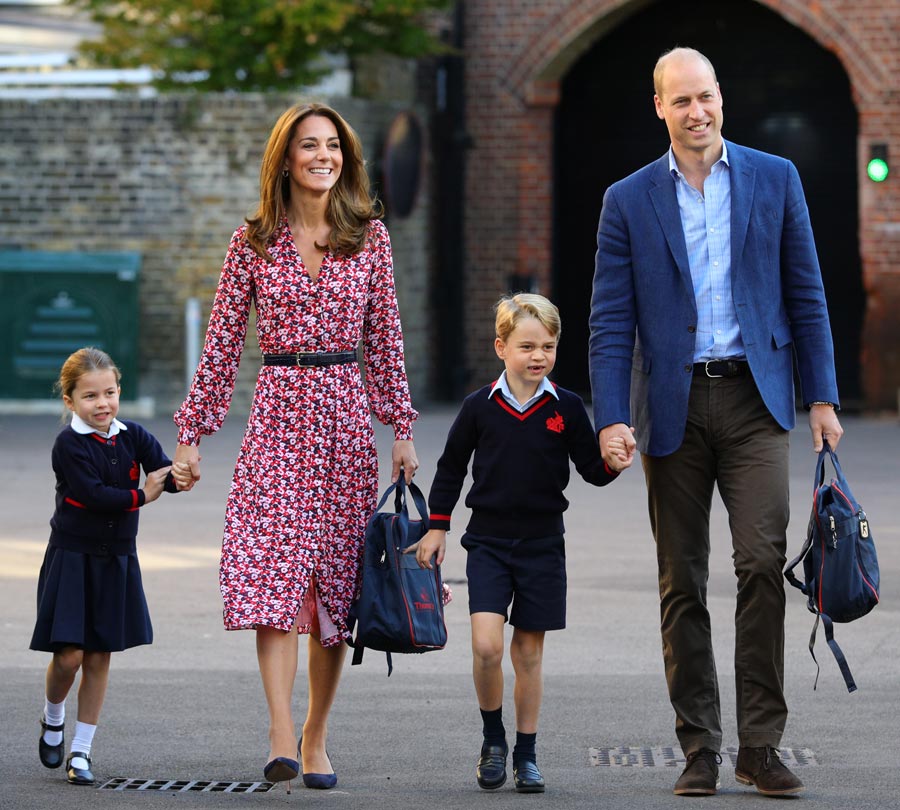 Princess Charlotte arrives for her first day of school, with her brother Prince George and her parents the Duke and Duchess of Cambridge, at Thomas's Battersea in London on September 5, 2019 in London, England. (Photo by Aaron Chown - WPA Pool/Getty Images)

Princess Charlotte, four, follows in the footsteps of her six-year-old big brother George today, joining him at Thomas’s Battersea school in southwest London.

She was dropped off for her first day of school on Thursday by her parents Kate Middleton and Prince William, along with Prince George. Adorable in matching navy blue school uniforms with red trim, the royal sibs waved and smiled confidently for the camera, and Charlotte, with typical spirit, gave her ponytail a sweet little flip.

According to a story in People, Princess Charlotte will forego her royal title and instead be known to the other children as simply Charlotte Cambridge, or go by her nickname “Lottie.” Her brother, the future King, is similarly known as George Cambridge.

Thomas’s Battersea school has an enrollment of  560 boys and girls between ages four and 13, with annual fees for each four-year-old of around $24,000 US. Charlotte’s tuition, however, will be reportedly discounted since her brother is already a student at the school. Prince George Arrives for His First Day of School