Move Over, Meghan Markle. Prince Charles Has a Fashion Collection, Too – And at London Fashion Week No Less 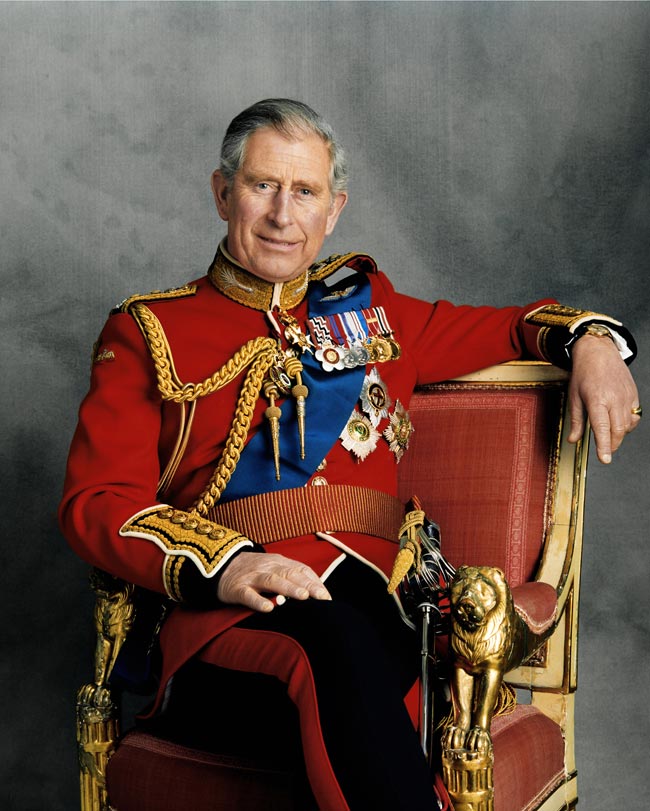 As London Fashion Week drew to a close yesterday, one of the final shows of spring/summer 2020 was the unlikely collaboration of two young punkish designers and the heir to the British throne. Given that OG Punk couturier, a young Alexander McQueen, famously sewed expletives into the lining of Prince Charles’ bespoke suits while interning on Saville Row, this style match is indeed made of strange bedfellows.

The conceptual fashion label Vin + Omi, presented their spring/summer 2020 collection, which featured fabrics made of nettles from Prince Charles’ Highgrove estate. The show held at the swanky Savoy hotel featured a lineup of celebrity models such as Blondie’s Debbie Harry – a long-time fan of the brand – and several British Olympic athletes.

The design duo Vin and Omi (they go only by their first names) told The Guardian newspaper that they first met the royal last year for tea, along with a group of British design professionals on behalf of the Positive Fashion initiative, which promotes sustainability, local production, equality and diversity.

In a conversation with his Royal Highness, the two designers told him about their work with alternative sources for making fabrics such as cow parsley and nettles, to which the Prince acknowledged there were tons of nettles growing at his Highgrove estate.

A few weeks after their chat, much to the designers’ astonishment, Prince Charles followed up with invitation for the duo to make use of the nettles at Highgrove. “It was quite surreal,” Omi told the newspaper. “We are not establishment at all. Our look is 1980s Camden punk.” But as the Sex Pistols proved with their song “God Save the Queen,” what’s more punk than royalty?

Under the guidance of the head gardener, Vin and Omi, along with a team of university students they recruited, set to work clearing the nettle plants on the royal estate.

Regarded as nothing more than weeds by most gardeners, stinging nettles – as they are often called due to the tiny hairs on the plant that act as irritants when in contact with skin – also have a surprising number of benefits. The plant has a history of being used in medicine, in food and as a tea. During the First World War, nettle was used to make uniforms for the German army, and there is evidence to suggest the plant was used in textiles as far back as 3,000 years ago. However, the two designers have developed a new technique that turns the stalks of the plant into a light wispy fabric that looks like luxurious alpaca.

Their 100 per cent sustainable label – which counts Lady Gaga, Kate Moss and Michelle Obama as fans – has a mandate to challenge the fashion industry into using alternative and less taxing resources. “Nettles are everywhere, they are a weed, they are an abundant natural resource in this country,” Omi told The Guardian. “We want to start people thinking about how fashion can work with what the environment has on offer.”

Their ethos also aligns with his Royal Highness, who has dedicated himself to environmental issues and sustainable farming. But this would appear to be a first for a major male member of the royal household to be aligned so closely to fashion. Typically, it’s the younger and female members, whose style and fashion choices dominate media coverage.

However, recently it appears the royals’ relationship with fashion goes beyond being mere clotheshorses.

Meghan Markle, Duchess of Sussex, broke news that she recently launched a clothing line to benefit Smart Works, an organization dedicated to helping disadvantaged women dress for employment opportunities.  Collaborating with several British retailers and designers, including Misha Noono, the person rumoured to have set up Harry and Meghan and who designed the signally “husband shirt” that Markle wore on her first public engagement with Prince Harry at the Invictus Games in Toronto in 2017. For every piece of clothing sold from the 5-piece collection, one will be donated to Smart Works.

The Queen herself made a rare cameo at a fashion show last year, sitting front row, next to the queen of fashion, Vogue editor Anna Wintour at the Richard Quinn show. Her Majesty was there to present the young designer with the inaugural Queen Elizabeth II Award . The annual award is given to an emerging designer who not only possesses extraordinary talent but also adheres to sustainable practices.

Here’s hoping Vin + Omi is on the short list for the next award.

It’s Official! Prince Charles Will Be The Next Head of Commonwealth