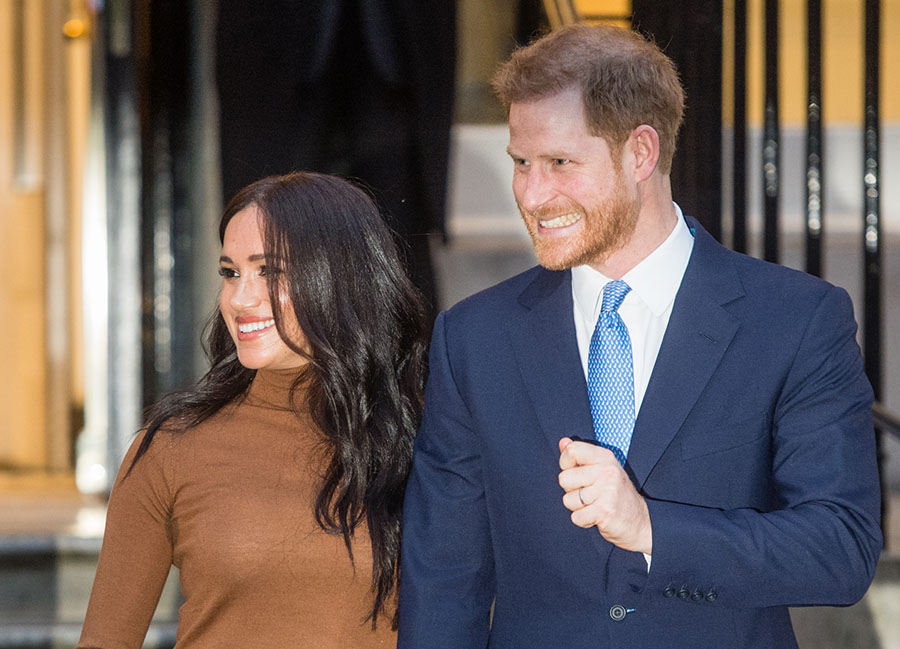 The Duke And Duchess of Sussex leave Canada House after expressing their thanks for Canada’s “warm hospitality” over the holidays. Photo: Samir Hussein/WireImage/Getty Images

And because of that, into our dreary post-holiday chill comes the warmth and gratitude of Meghan and Harry, after their nearly eight-week vacation with baby Archie on Vancouver Island.

And now, are they actually considering a more permanent move here?

Tom Bradby, the couple’s friend and producer of the ITV documentary Harry & Meghan: An African Journey – in which they opened up about their difficulties dealing with life in the public eye and under the scrutiny of the British tabloid press – said the Duke and Duchess of Sussex are “considering their options,” according to people.com.

“It’s no big secret to their friends that they have been considering their options in the future,” Bradby added. “I don’t ask what their plans are. They keep that pretty close to their chest and understandably so. I don’t think it’s a done deal, that would be my impression. I think there’s a lot of talking to be done, there are a million possibilities, they could go to Canada.”

In the past, Markle has referred to Canada as her second home. And with the speculation that it could become her first home, the couple has also indicated that their main interest as royals is the Commonwealth, and there’s talk of Harry being appointed head of the Commonwealth.

The Queen was the head of the Commonwealth until last year when Prince Charles took over. The position isn’t hereditary, so Harry could easily take over from his father.

And as Commonwealth head, Harry could make Canada his official residence.

Harry is already president of the Queen’s Commonwealth Trust and Meghan is vice-president.

Just imagine the possibilities if Meghan and Harry make their home in Toronto: Archie in an Upper Canada College uniform; Meghan and Jessica lunching at Giulietta; Harry hanging out a Leafs game.

But of course, being Canadian, we wouldn’t even take notice of them … or at least, pretend not to.

RELATED: In Their First Appearance of the Year, Meghan and Harry Say Thank You to Canada

On Tuesday, the royal couple, back in Britain after their Christmas sojourn here, visited Canada House in London to express their thanks for Canada’s “warm hospitality” over the holidays — and likely what they appreciated most was Canadians respecting their privacy.

The royal couple, back in Britain after their Christmas sojourn here, visited Canada House in London this afternoon to express their thanks for Canada’s “warm hospitality” over the holidays — and likely what they appreciated most was Canadians respecting their privacy.

Holding hands as they walked into Canada House, the Sussexes were welcomed by Janice Charette, the High Canadian High Commissioner and members of the staff. They then toured Canada Gallery and viewed a special exhibition by Indigenous Canadian artist Skawennati.

The Duchess wore a chocolate brown turtleneck and co-ordinating satin midi skirt by Massimo Dutti under a camel coat from Reiss with Jimmy Choo velvet pumps. The Duke looked ready for his return to official duties in a blue suit and tie.

The Sussexes chose Canada House for their first official engagement as they resume their royal duties after a six-week “reset.”

They stopped on the way for a private visit to The Hubb, the Grenfell community kitchen project in West London that the Duchess collaborated with on Together: A Community Cookbook, which benefitted the residents of Grenfell Tower, the West London high rise devastated by fire in the summer of 2017.

Canada House, the Canadian High Commission, was also Meghan’s last official engagement before her maternity leave in March when she attended a Commonwealth Day youth event there.

The Sussexes’ sorely needed sabbatical in Canada gave the couple an extended time to relax with baby Archie, away from the formality, stress and expectations that besiege them at home.

No wonder they ended up in a remote part of Canada on Vancouver Island on the West Coast to celebrate Christmas with Meghan’s mother, Doria Ragland. It was first revealed they were there when a local restaurateur told the press the couples’ security team had done reconnaissance at their establishment. Then it was confirmed when the couple released a New Year’s message on their Instagram account @sussexroyal, which ended with the picture of Harry cuddling baby Archie against the backdrop of the great Canadian outdoors. On New Year’s Day, a CTV producer who was attempting to take a selfie with her boyfriend while out for a hike in Horth Hill Regional Park when they were approached by “a nice lady” who offered to take the photo for them. It turned out it was the Duchess of Sussex who was with her friend Abigail Spencer, two dogs and Prince Harry who quipped to his wife, “No pressure.”

Canadian music producer and Meghan pal David Foster found the palatial retreat in North Saanich for them. It turns out that as a teenager in L.A., Meghan did musical theatre with Foster’s now wife, Broadway star Katharine McPhee.

“I was really happy to be able to help them to find a respite just to take a little time off,” he told US Magazine. “The owner has allowed this to happen through me, and I was happy to facilitate. I don’t know what their next plans are, but I know that it was reinvigorating for them to spend some downtime. This is a great testament to my hometown of Victoria that they were able to go under the radar for so long.”

Meghan’s fondness for Canada is longstanding. She spent seven years living in Toronto while filming Suits, and Harry visited her here often. Their first public appearance together took place in Toronto at the Invictus Games in 2017.

Royal expert Omid Scobie told OK! magazine that the royal couple may even spend more time in Canada, not for vacation, but to do their royal duties there.

“[Canada] is a safe place for the couple ­– they were able to go unnoticed there for a while. It’s an important place for Meghan, and she has family and friends there.”