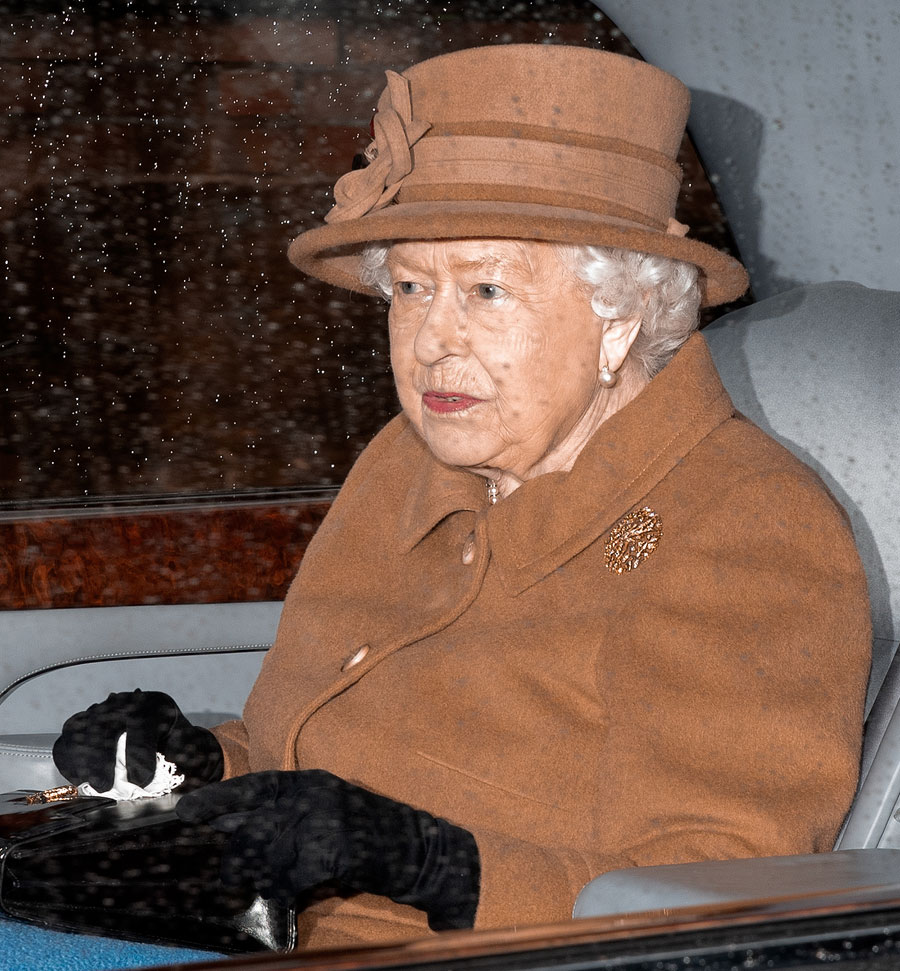 The Queen leaves Sunday service at the Church of St. Mary Magdalene on Sunday ahead of Monday's summit. Photo: Max Mumby/Getty

After the Sandringham summit, the Queen has announced that she has agreed to Harry and Meghan’s plan to step back from Royal duties and live in both Canada and the UK. The announcement came after a high-stakes meeting between the Queen, Prince Charles, Prince William and Prince Harry at her winter digs in Norfolk today to decide what to do about the crisis that started  six days ago when the Duke and Duchess of Sussex issued a joint statement saying they wanted to “step back as ‘senior members’ of the Royal Family and work to become financially independent” and “balance their time between the United Kingdom and North America.”

Dubbed “Megxit,” it set off a maelstrom of accusations in the British press after a terse Buckingham Palace statement in response, saying  “discussions” with the Sussexes were at “an early stage” and “these are complicated issues that will take time to work through” that pointed to the behind-the-scenes drama now unfolding in public view.

Before and during their six-week break in Canada, the Sussexes had been in conversation with the Royal Family about carving out a new role for themselves but had defied the Queen’s order not to make an announcement until the matter had been resolved and agreed to privately.

Adding to the explosive nature of the announcement was the simultaneous launch of a website that led out the couple’s intentions, read as demands, and which has been criticized for being presumptuous and naive around matters of press access and their goal of “financial independence” in a quasi part-time role.

Over the weekend, in what amounted to a media feeding frenzy, both sides pushed competing narratives as to what led to the showdown along broad fault lines. On one hand, it was Meghan’s fault for causing the war of the Windsors just 20 months after she married into “The Firm” for wanting the glamour of global philanthropy but not the stodgy duty that defines much of the Royals’ jobs. And on the other, the couple were driven out by a streamlined monarchy along the strict line of succession, jealousy from other family members, sexist and racist targeting of Meghan in the press that triggered Harry’s trauma due to Diana’s death and that Harry felt “pushed away” by William’s “bullying attitude.”

The latter claim proved a bridge too far for the once inseparable brothers, who have been dogged by reports of a rift for more than a year. Harry admitted in a documentary last year that “they were on different paths.” And this weekend, there were unconfirmed reports that William told friends that he is sad because he can no longer put his arms around his brother as he had all their lives.

Today, spokespeople for Harry and William issued a statement saying the report was patently false. “Despite clear denials, a false story ran in a U.K. newspaper today speculating about the relationship between the Duke of Sussex and the Duke of Cambridge. For brothers who care so deeply about the issues surrounding mental health, the use of inflammatory language in this way is offensive and potentially harmful,” it read.

It seems this détente boded well for public family unity in the face of the strife, if not the complex issues, that this change in status means for the Sussexes and the rest of the Royal Family.

The issues include residency, taxes, visas, titles and security, the cost of which will likely be laid at the feet of Canadian taxpayers.

Meghan is already back in Canada with baby Archie at the Vancouver Island hideaway where the family spent the holidays. Meghan famously has roots in Toronto, where she lived for seven years, and where Harry often visited her during the courtship, and where they made their first official appearance as a couple at his Invictus Games in 2017.