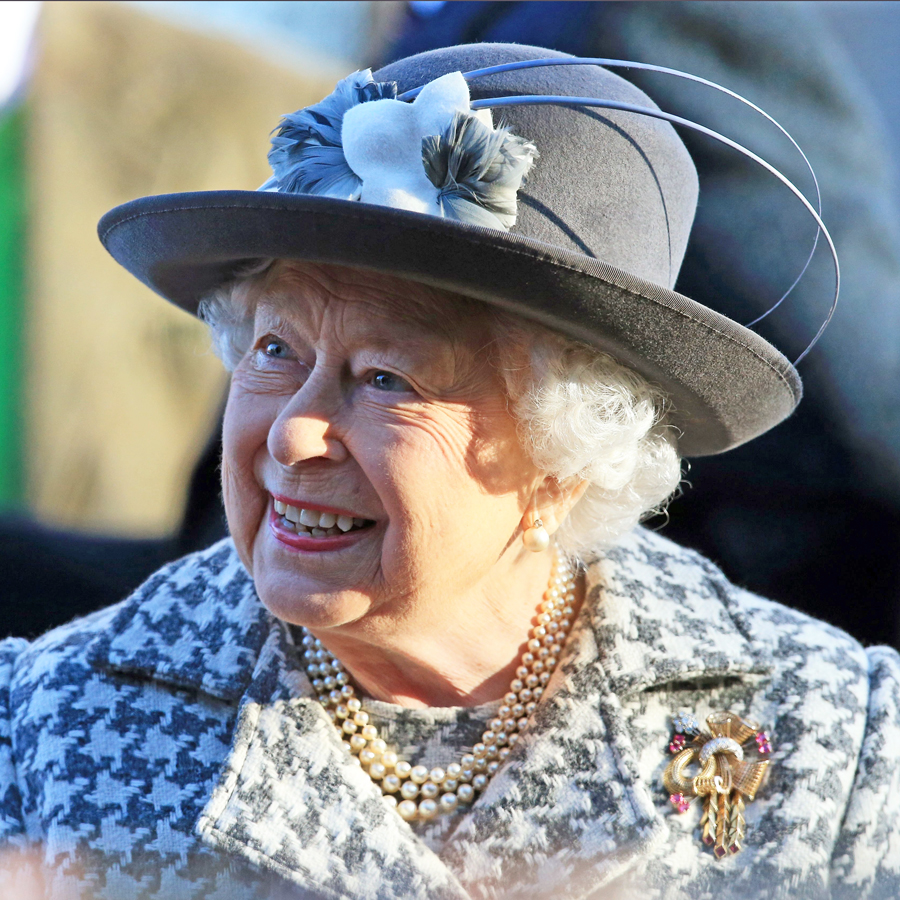 Harry, Duke of Sussex, spoke directly to the British people Sunday night, after having ignited a fortnight of firestorms in announcing he and his wife, Meghan, were stepping back from their royal duties. An emotional Harry took the podium at a private dinner in London for his African Sentebale children’s HIV-AIDS charity, declaring “The U.K. is my home and a place that I love. That will never change.”

In paying his “utmost respect for my grandmother,” Harry called her “my commander in chief.” That wording is the big takeaway here: this whole saga, on top of the recent debacle concerning Harry’s uncle Andrew, proves that Queen Elizabeth II is at the top of her game — and still in complete control — at the age of 93.

Harry also took full personal responsibility for the decision, seemingly to correct the “Megxit” narrative in the popular press attributing the action to his American-born wife. He emphasized that the decision was a long time coming, that it was not taken lightly and that it “brings me great sadness that it has come to this.” Further, he acknowledged the couple’s original plan, published on the SussexRoyal.com website on Jan. 8, a so-called “half-in, half-out” option that had not been vetted by palace brass, was not possible. “I’ve accepted this, knowing that it doesn’t change who I am or how committed I am.”

It underscores the fact Harry does have choices born as a “spare” to the heir. The Queen never had a choice, and she has consistently worn that burden with remarkable grace. The Crown has been Elizabeth II’s lifelong commitment, having pledged on her 21st birthday that “my whole life, whether it be long or short, shall be devoted to your service and the service of our great imperial family to which we all belong.”

And this episode with Harry and Meghan shows how she deftly balanced her private role as a loving grandmother with her sacred duty to protect the reputation and functioning of the Royal Family. She even left open the option to change their minds once again; the Harry and Meghan agreement will be subject to review one year after it comes into effect this spring, and they retain their HRH titles.

The Queen has demonstrated here the main hallmark of a great leader: the ability to learn and grow from previous mistakes. Over her 66 years on the throne, she has held together an institution through wildly changing political times and cultural shifts. The British Empire and its influence around the world has changed much in her lifetime, but the solemnity with which she wears the crown has remained unchanged. She has refocused her efforts on building bridges and bonds within the Commonwealth, a task in which both William and Harry and their wives have assisted. And in the past few years of uncertainty surrounding Brexit, the Queen has played a huge part on the ceremonial side of efforts to secure the groundwork for a U.S.-U.K. trade deal down the line by playing host no less than three times to American president Donald Trump.

She has adapted to changing times by embracing the internet and shown she is unafraid to be pop culturally “with it” when the occasion demands, most notably by her appearance with Daniel Craig as James Bond at the London Olympics, also in the year of her Diamond Jubilee. But it is in how the Queen has moved the guardrails for the Royal Family so that it has adapted to changing attitudes that she has proven her mastery.

When there was widespread public anger at the seeming lack of personal sorrow from Her Majesty following the shocking death of Diana, Princess of Wales,  in 1997, the Queen pivoted. Despite the fact that Diana had actively tried to subvert the monarchy in the middle of her heated divorce (proposing openly that Charles be bypassed in favour of William in the line of succession), the Queen chose to protect the monarchy over what her own feelings might possibly have been. The people loved Diana, and she knew she had to put on a show of it. Though criticized for the delay, she gave a speech saying she was taking care of her grandsons and that she respected and admired Diana. Then she used the levers of power to save the monarchy by flouting precedence to accommodate the sentiments of the people. Thus she lowered the flag to half-mast at Buckingham Palace (against convention, as the flag doesn’t usually fly at all if the monarch is not in residence) and went out to meet the people in their mourning. She staged a funeral with all the considerable pomp and circumstance at her disposal and bowed her head as Diana’s casket went past the palace.

This week, she showed further learning when she smoothed over the Harry and Meghan crisis so quickly and with such a sure hand. She made sure to publicly embrace the man the world remembers best as a heartbroken (and heartbreaking) 12-year-old boy walking behind the gun cannon and six black horses bearing his mother’s coffin.

When the Private Becomes Public

Both in the initial press release following the Sandringham summit last Monday and the final agreement released this past Saturday, she called Harry and Meghan by their first names — a very pointed royal departure — and reiterated how valued they were as members of her own family. This public demonstration of warmth and familiarity in tone was not normal for her. But she knows full well that Harry and Meghan are vastly popular and seen as both “woke” and a breath of fresh air. So she went heavy on the grandmother sentiment first to soften the blow before she had to lay down the way things had to be: for Harry and Meghan, it could only really be all in or all out.

The Queen has been facing problems with her private life played out in public since she very first ascended to the throne. Prince Philip was used to a more traditional wife from their newly wed pre-Queen time on the Royal Naval base in Malta. Thus, the war hero found himself frustrated by life in his wife’s shadow, stating at the time, “I am nothing but a bloody amoeba. I am the only man in the country not allowed to give his name to his own children.” He lobbied for the House of Windsor to be changed to the House of Mountbatten — his family name. The Queen had to deny the love of her life his namesake but did forge a compromise, changing the surname of the family to “Mountbatten-Windsor” (which is now little Archie’s surname!).

Indeed, there was some question that the Queen had been missing Philip’s firm hand as head of the family. Prior to his retirement at age 96, the now 98-year-old consort was known as the enforcer of order on the private front. The Queen has shown she is more than capable of filling his shoes. The last word, of course, was always hers when the private became public.

Then there was her sister, Princess Margaret, another spare to the heir with angst about her secondary role. Like Andrew and then later Harry, Margaret had all the restrictions with none of the perks ahead of their older siblings. After the Queen forbid Margaret to marry “the love of her life,” Peter Townsend, RAF hero and royal equerry, the public sentiment went to the heartbroken younger princess. The year was 1955, and the abdication crisis was still too fresh in the public’s mind; since Townsend was a divorced man, the Queen deemed him an unsuitable match for her royal sister. Margaret was given the option to walk away but chose duty instead. But decades later when Margaret wanted to divorce Antony Armstrong-Jones, First Earl of Snowdon, the Queen acquiesced, thus paving the way for a wave of royal divorces of the future. By the time Meghan, a divorcée, came along, Harry was allowed to marry her in a church wedding on the grounds of Windsor Castle with the monarch in attendance. We forget what a big deal that is, since she did not attend the blessing of Prince Charles and Camilla (both divorcees of course) in 2005. The heir to the throne was forced to marry in a civil ceremony. That is huge progress in just 15 years!

Never Bet Against the Queen

And penultimately, we have the Andrew scandal, which was actually just before last Christmas. But there has been so much going on in the Mountbatten-Windsor household since then that it feels much longer! Of course, the Queen must hope that illusion is the case. She duly did her duty and fired her favourite son swiftly and without preamble.

But there are two sides to the Queen, and the steely-eyed ruler who could lower the boom also knows when to use soft protocol to get the result she wants. Thus, she made a (seemingly) puzzling decision on the weekend to attend Church services in Norfolk with her disgraced son, Andrew. It seems an odd choice, to bring him back into the public eye, especially as Harry and Meghan are being told they won’t be able to use their HRH titles when Andrew is still fully initialled up despite the clouds remaining over his head. But if there is one thing we know for sure: never bet against Queen Elizabeth II! Great-grandmother knows best.

She may well be laying down the message that Andrew, though diminished in role by her hand, is also protected by Her Majesty. With all the high-wire crisis control she has done in just the past six months alone, she could teach the PR firms of the world how to shut down gossip and dispatch misbehaving family members to their places with a firm hand.

Queen Elizabeth II Announces Exit Deal for Harry and Meghan, “Much Loved Members of My Family”