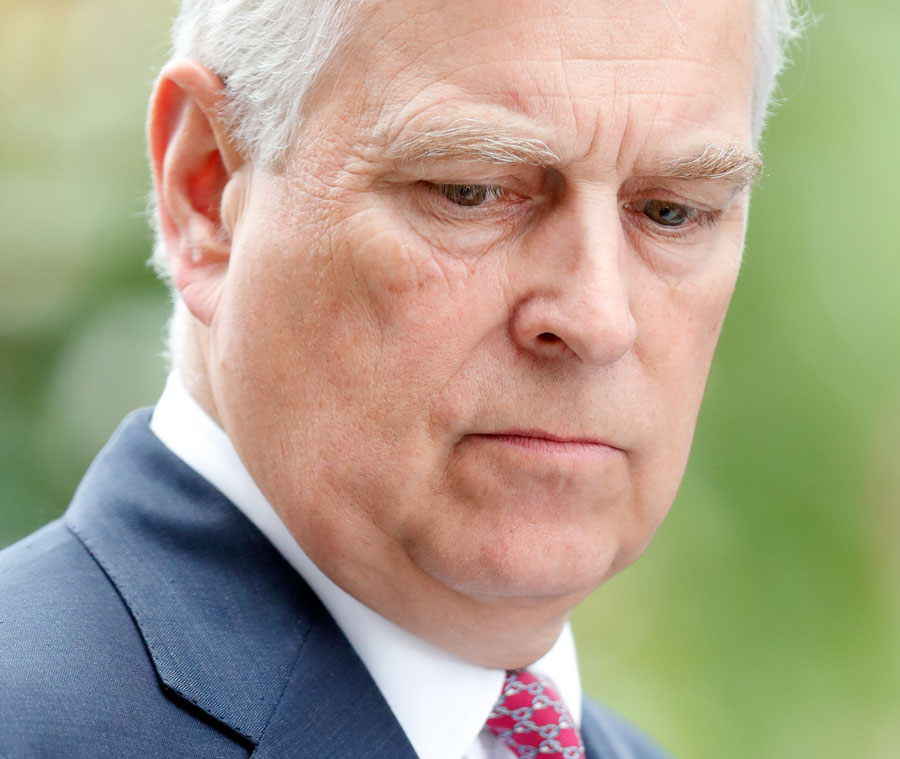 There’s a lot Prince Andrew can do to rehabilitate his shattered image, and that includes cooperating with U.S. prosecutors investigating the Jeffrey Epstein case, finding a good cause to quietly support and getting some advice from his scandal-prone ex-wife, Sarah Ferguson. Photo: Max Mumby/Indigo/Getty Images

Prince Andrew turns 60 today, and the once-heralded war hero has a lifetime of bad karma and comeuppance to reflect on as he approaches his golden years. Instead of the big gala that was supposed to be on his calendar, he will be unwrapping a grab bag of humiliations and slights and “celebrating” in a much more muted manner with a small group behind the closed doors of Royal Lodge in Windsor Great Park. The tabloids were rife with rumours that ex-wife Fergie’s assistant couldn’t find enough warm bodies to fill the room.

So what is next for the Queen’s favourite son, who has fallen so far since his self-immolation in a BBC NewsNight interview in November? He’s been in exile ever since he tried to address questions about his long and tawdry friendship with the late convicted pedophile Jeffrey Epstein, which provoked the near-immediate call for the royal to step down from all duties on behalf of the Queen, as well as give up his patronages. The large-scale gala planned in honour of Andrew’s 60th was swiftly cancelled in the wake of his sudden forced retirement.

He has only been seen in public once, when he dutifully appeared at the Queen’s side at church at Sandringham before Christmas. Can he devise a strategy to overhaul his current image of an entitled out-of-touch boor and a mooching jet-set layabout and make a comeback from the pariah penalty box? Is it possible to craft a more meaningful third act on the back of this milestone birthday?

First, he will have to survive the humiliation of the day. Although bells did ring at Westminster Abbey to mark the occasion, the Queen filled her day with official busy work, opening the newly joined Royal National ENT and Eastman Dental Hospitals, while the monarch and Prince Charles did not attend his birthday dinner – actually, make that a lunch. Another reported snub, possibly ginned up by the tabloids, has Harry and wife Meghan reportedly declining to attend the prince’s party and sending a video tribute instead.

Meanwhile, a simple post from the Royal Family’s Twitter and Instagram wishing the Duke of York a happy birthday drew an immediate backlash. It included a baby picture of the Queen’s third-born along with this caption: “On this day in 1960, Prince Andrew was born at Buckingham Palace, the first child born to a reigning monarch in 103 years.” One commenter responded: “Happy birthday Andrew … now go to the FBI. The party’s over,” referring to the theatrical press conference given by a U.S. attorney on the steps of Epstein’s New York mansion Jan. 26, saying “To date, Prince Andrew has provided zero co-operation” to the FBI agents and federal prosecutors who wanted to interview the prince.

The British government notified local councils they were not to fly the Union Jack for Prince Andrew’s birthday, “following the decision by the Duke of York to step back from public duties for the foreseeable future,” even though they have previously been run up the flagpole on government buildings for the Queen’s wedding to Prince Philip, the birthdays of all four children and the birthdays of Prince William and his wife, Catherine.

Andrew also deferred an honorary navy promotion to admiral that was set to take place today until he returns to public duty. And the Prince’s passion project, [email protected] – the one thing he hoped to hang onto in the massive fallout from the Epstein scandal – has removed his name from its website, after almost all its major sponsors and supporters abandoned the business accelerator for young entrepreneurs because of its association with Andrew.

Now, Andrew’s unfortunate habit of mooching holidays off fabulously wealthy friends and oligarchs is in the spotlight again this week, as news surfaced that Andrew and his former wife, Sarah Ferguson, were guests at Canadian fashion mogul Peter Nygard’s Bahamian lair of reputed depravity circa 2000. The revelation came last week after a class-action lawsuit was filed against Nygard in New York involving the alleged rape and sex trafficking of 10 women, three of whom were 14 and three of whom were 15 at the time of the alleged assaults between 2008 and 2015. The 2000 visit by the Yorks came after an earlier rape allegation made in Winnipeg in 1980 against Nygard was dropped.

Andrew’s troubles are such that he doesn’t even have to leave the house right now to make the front pages.

The first thing Andrew really must do is pick up the phone and call the FBI stat. All this he-said/he-said nonsense playing out in the newspapers in America and the U.K. –“Andrew won’t answer!” the prosecutors say, as Andrew claims, “No one called me!” – has got to stop. He has stated publicly that he would speak with authorities and provide any information he can to Epstein’s many accusers who were left without legal recourse after his death. He simply must do this, whatever the cost, to have any hope of returning from the reputational dead.

The second thing he should do is turn to his ex, Sarah, for advice, since she has experience extricating herself from all kinds of scandals, albeit less serious ones, including the time her “financial adviser” was photographed sucking her toes on a St. Tropez holiday with the children just five months after she and Andrew split up in 1992.

She has stood by her ex-husband so far, and her loyalty has been rewarded with a place to stay – they both live at Royal Lodge – and a pleasant co-parenting arrangement, which is a rare plus on the prince’s balance sheet of life. Sarah’s a survivor and has bustled her way back from that time she agreed to accept a suitcase of cash from a reporter posing as a sheik in exchange for access to Prince Andrew. The flub-prone redhead just kept clodding along, endorsing Weight Watchers here, writing a children’s book about helicopters there, and somehow the public gave her a second chance. Just look at how she was embraced at Eugenie’s 2018 wedding!

Where Andrew is now the weird uncle telling puerile jokes, Sarah Ferguson, as a duchess without an HRH, has become the fun aunt. At 60, Sarah’s boldness – and yes, even her resolute naffness – is more appealing than it was when she was cast as the jolly hockey-sticks dork beside the sleek and soigné Diana. Besides, who is Andrew going to date? If he is able to live happily in the same home as his ex for lo these many decades, he is doing better than many married couples across the realm. He should hold tight to that woman, for she provides stability, steadfast loyalty and good optics as the mother of his princesses.

The other path to some degree of rehabilitation is to keep his head down and soft-peddle his participation at Beatrice’s upcoming May 29 nuptials. It was immediately announced that, as is custom, he would walk his daughter down the aisle and also propose a toast to her at the reception (for which the Queen has kindly offered Buckingham Palace as location, a rare honour last given to Kate and William).

The public does have great sympathy for the older sister who finally found her own prince. Younger sister Eugenie had the big blowout wedding, and Beatrice is doing a smaller, more private event with her dashing Italian fiancé. She is graciously including his son in the wedding and has extended an invite to her soon-to-be-stepson’s mother. Very classy indeed.

Rumour has it that Bea’s father’s difficult situation dictated the size, timing and details of her big day. He has to make that up to her and to be seen to do so publicly by keeping his mouth firmly shut and his face out of the papers between now and the nuptials.

A Lesson in Humility

Most of all, Andrew absolutely has to take some humility lessons, and pronto. He could take some media management classes, too. Known to be a crashing bore, a snob and a teller of childish jokes, he needs to learn to be polite, respectful and relatable to everyday people – or to at least fake it with some enthusiasm. More importantly, he needs to rehabilitate his approach to doing good. He needs to take a page from Diana’s notebook (or Kate’s or Meghan’s or Anne’s or the Queen’s to start at the top) and give something back to the world. Feed the poor, hug babies and exhibit some elbow grease. He just needs to do it quietly and anonymously, as no charity wants his mug photographed in their environs. If he legitimately does a good job, word will eventually and organically spread.

Failing that, he should develop another passion like his cousin David Anthony-Jones, Princess Margaret’s son, who made a career of designing furniture, runs a respected interior decorating business called David Linley and is an executive at Christie’s auction house. Just one year apart in age, the two boys were tutored together at Buckingham Palace, but where the Earl of Snowdon – who just announced the end of his 25-year marriage to his wife, the former Serena Stanhope – took a path that led to a hardworking legacy, Andrew went on to become known as Airmiles Andy for his penchant for skipping around the world on the public dime as a U.K. trade envoy. Back in 2011, he stepped down from that job over his continued association with Epstein, even after the U.S. financier was first jailed for 18 months in 2008 for soliciting a minor for prostitution.

All told, a period of sincere penitence would go a long way to making Andrew less of a pariah. Sixty is still young, and his family is notably long-lived. He should give a real and meaningful apology and then set about walking the walk, doing something genuinely good and useful until the people notice and possibly decide to give him a shot at redemption.