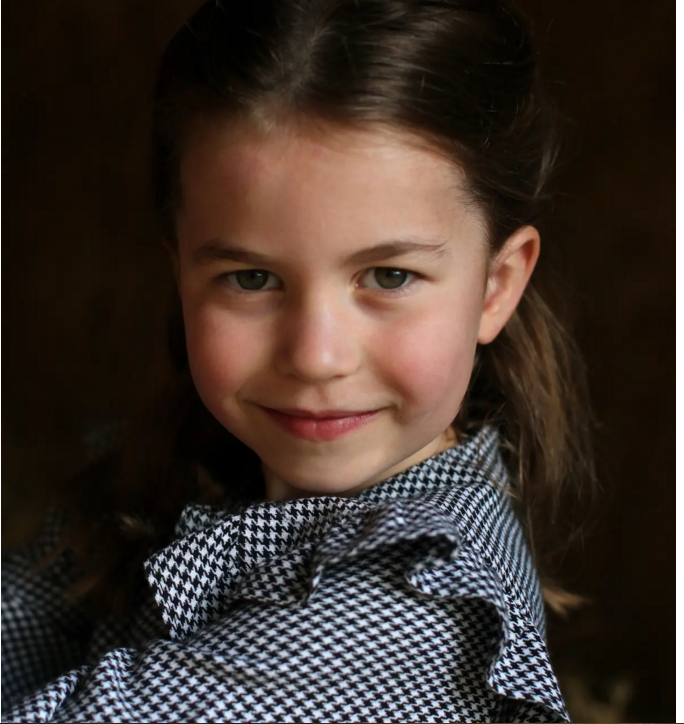 Princess Charlotte, along with her parents, the Duke and Duchess of Cambridge and brothers Princes George and Louis, spent an afternoon making fresh pasta to deliver along with other groceries to elderly and vulnerable people living in lockdown during the coronavirus pandemic. Photo: Catherine, the Duchess of Cambridge/KensingtonRoyal/Instagram

For royal watchers, it has become a much anticipated tradition for Kensington Palace to release birthday portraits of the children, taken by the Duchess of Cambridge herself. To mark the Princess’s 5th birthday, she photographed Charlotte -affectionately nicknamed Lottie – delivering home-made pasta and bags of groceries to retirees living in coronavirus lockdown near the family’s Sandringham estate. A talented amateur photographer, the Duchess is also patron of the Royal Photographic Society, a role previously held by the Queen for 67 years.

A series of four photos were released on Friday, just ahead of the young Princess’s birthday via the official @KensingtonRoyal Instagram account, followed by an additional picture today. The post, which is accompanied by photos of Princess Charlotte wearing a blue and white houndstooth dress from Zara, reads:

“The Duke and Duchess of Cambridge are very pleased to share four new photographs of Princess Charlotte ahead of her fifth birthday tomorrow.

The images were taken by The Duchess as the family helped to pack up and deliver food packages for isolated pensioners in the local area.” In the following pic, keen royal watchers have noted you can glimpse the reflection of the Princess’s parents, Prince William and Kate, in the window. Today, via Instagram,  Kensington Palace released an additional photo of the Princess, saying, ” Thank you for all your lovely messages on Princess Charlotte’s fifth birthday! The Duke and Duchess of Cambridge are very pleased to share a new photograph of Princess Charlotte, taken by The Duchess this April.” Queen Elizabeth also expressed her birthday wishes on the official @TheRoyal Family account on Instagram, even sharing of few throwback photos, including a portrait of the Queen surrounded by her grandchildren and great-grandchildren, taken by Annie Lebovitz to mark the Queen’s 90th birthday in April 2016. Other images show the young royal with Prince Philip at Trooping the Colour in 2017, and the Princess acting as a flower girl at Princess Eugenie’s wedding on Oct. 12, 2018. In addition to volunteering during the COVID crisis, the royal kids have been encouraged to show their appreciation of National Health Service (NHS) workers for their efforts in fighting the coronavirus. In this recent video, you can see Princess Charlotte joining her family – and millions of Brits – as they step to their doorstep each week, wearing NHS blue, to participate in “Clapping for Carers” to praise everyone from frontline healthcare workers to shop workers who are risking their lives to keep the country going.

This past week saw a series of coronavirus lockdown celebrations for the royal family. The Queen celebrated her 94th birthday on April 21, while in isolation with her husband, Prince Philip, the Duke of Edinburgh, at Windsor Castle. Prince Louis turned two on April 23, Prince William and Kate marked their ninth wedding anniversary on Wednesday, and now today, the ever-charming Princess Charlotte is celebrating her fifth birthday at the family’s 9-acre country estate, Anmer Hall, where she’s been quarantining with her parents and her two siblings, Prince Louis and Prince George (6) since late March.

It happened in Canada

In what was her first official visit, the 16-month-old Princess Charlotte travelled to Canada with her parents and brother,  Prince George, 3, in September 2016, on a whirlwind eight-day tour to B.C. and the Yukon. During a tea party event staged for the children in Victoria, the young Princess reportedly said her first word in public. She was overheard yelling “pop”  as she chased a balloon in the garden of British Columbia’s Garden House. (For more on our coverage of the Royal Canada Tour 2016, go here.)

With the birth of her younger brother, Prince Louis, the young princess became the first female royal in history to keep her rank in succession (which is currently 4th), instead of dropping back a place behind a younger brother. This is due to a change of succession laws in the U.K. that were updated shortly before the birth of Prince George in 2013, which would allow for a first-born daughter to take precedence over any younger brothers. This decision changed a 300-year rule that the heir to the throne would only pass to a daughter in the complete absence of sons.