Princess Anne Turns 70: Why the No-Nonsense Princess Royal Is Enjoying a Newfound Appreciation 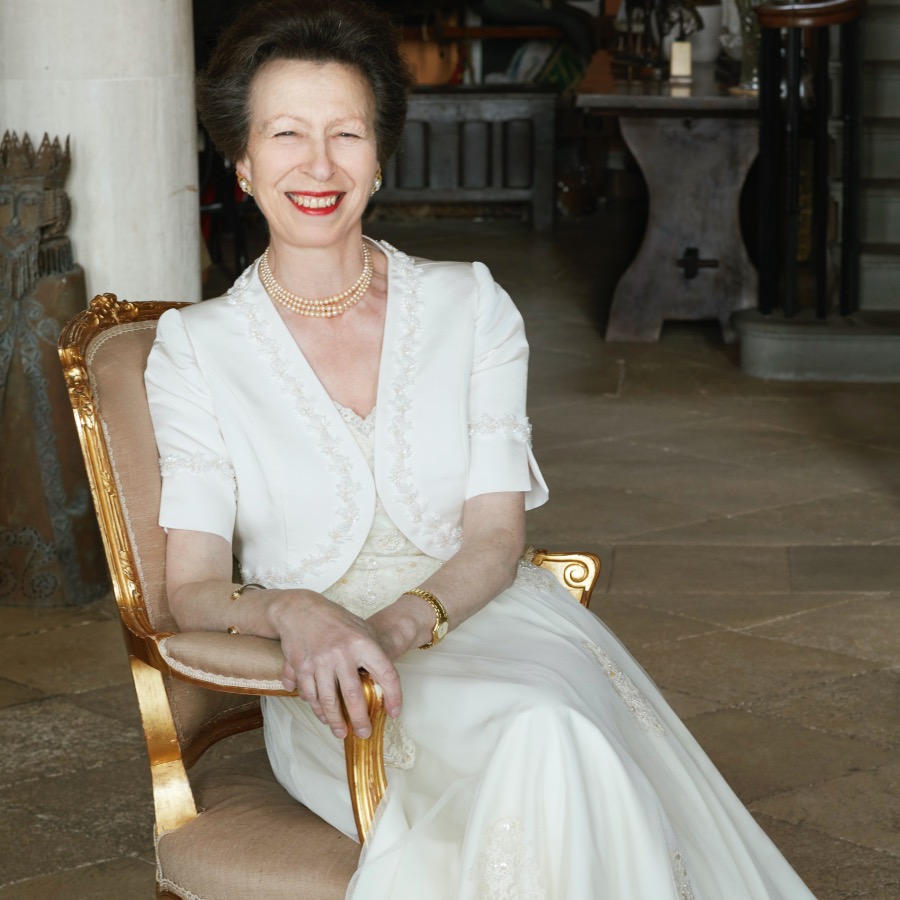 Princess Anne poses for a portrait at her home at Gatcombe Park in late February 2020. Photo: John Swannell / Camera Press via Getty Images

In this spring’s season of loss and reckoning, an unlikely royal celebrity emerged. Or, rather, re-emerged: stalwart, no-nonsense Anne, Princess Royal — a self-described “fuddy-duddy” — is having a moment. After a decade during which we were all consumed by the shiny next-generation stars of the Firm, it is the sturdy-and-steady values of this older member of the Royal Family who feels most relevant again.

As Anne celebrates her milestone 70th birthday on Aug. 15 — for which the Royal Family released three portraits (seen in the story below) taken in February 2020 at her home at Gatcombe Park — there is newfound appreciation for the Queen’s second child and only daughter.  In fact, to mark her birthday, the Princess Royal will receive a military promotion, taking up the role of general and air chief marshal. This will bring her ranks in the Army and Royal Air Force in line with her rank in the Royal Navy.

It is her anachronistic qualities — duty, thrift and respect leavened by her wit and outspokenness — that make Anne appealing as we seek comfort in the tried and the true.

In her Vanity Fair cover star moment this past April, the biggest headlines from the (very rare) interview with Anne came in regards to how younger royals approach the work. What she said was sensible: “Please do not reinvent that particular wheel. We’ve been there, done that. Some of these things don’t work. You may need to go back to basics.”

Interest in Anne has been building since her alter ego, played with sass by actress Erin Doherty, hit Netflix screens in season 3 of The Crown last November. The smirking Anne of the ’60s and ’70s we met that season — mucking about in a love quadrangle involving Andrew Parker-Bowles, the then-Camilla Shand and her brother Charles — was notable for her fresh-faced beauty, her verve and her cool head. Not for TV Anne the downcast sighs and emotional sop of her love-struck brother: she cast off Parker-Bowles with nary a glance in the rear view of her convertible, instead jamming to David Bowie and wearing groovy ’70s outfits.

Now, of course, The Crown is a heightened and fictionalized take on history — and it skipped over the most character-revealing hour of real life: the attempted kidnapping of Anne in 1974, when that same composure saved her and then-husband Capt. Mark Phillips. She simply refused to get out of her Rolls-Royce, responding with the now-legendary line “Bloody likely” to an assailant who was waving a gun in her face at the time.

Just as Prince Charles’s stodgy image has shifted — he used to be derided as batty for talking to his plants — now he is seen as the OG of organic farming. Similarly, Anne, who was photographed in her prime by Norman Parkinson, is now the patron saint of sustainable and local fashion, re-wearing her favourites faithfully, over nearly five decades. That she has kept her figure intact since her 20s showcases her personal discipline. She has stuck, like the Queen, to a signature hairstyle, a helmet-headed updo.

Also like her mother, horses remain Anne’s passion, and she keeps breeding stables at her home of Gatcombe Park, where she rides daily and teaches her four granddaughters, who also live on the estate. As Prince Philip famously said of his daughter, whom he also nicknamed Deadpan Anne: “If it doesn’t fart or eat hay, then she isn’t interested.”

There is still a touch of the royal rebel in Anne. Her decision not to accept titles for her two children seems prescient, for Zara and Peter have largely led private, far less encumbered lives than their HRH cousins. Anne is the only royal (thus far) with a criminal record (for an incident involving her dog biting a child, to which she pleaded guilty). She is a notable lead foot, having received driving bans for speeding (a trait and fate Zara appears to have inherited). Then there were the back-to-back viral moments last December during the reception for U.S. President Donald Trump at Buckingham Palace, where Anne was seen as naughty: first, a misconstrued shrug to her mother in the receiving line perceived as a snub at Trump’s expense and, later, in a moment when she was filmed laughing with world leaders including Justin Trudeau, Emmanuel Macron and Boris Johnson who were caught on a hot mic deriding Trump.

Known for her quick, acerbic wit and self-deprecation – the former inherited from her father Prince Philip – she is also careful with a dollar, like her mother. She certainly has her mother’s devotion to duty: Anne is often awarded the unofficial title of “hardest working” royal. She typically covers off 500-plus annual engagements, often four or five a day. She emphatically has no plans to retire.

In terms of work, Princess Anne is the exact opposite of a showboat. She gets it done quietly and thoroughly and without expectation of recognition or gain. In her unprecedented speech during the early days of lockdown, the Queen evoked the romantic spirit of wartime sacrifice. In that vein, Princess Anne feels fresh this year because she has always kept calm and carried on.

A version of this article appeared in the July/August 2020 issue with the headline, “70 Years of Ann the Princess Royal,” p. 26.