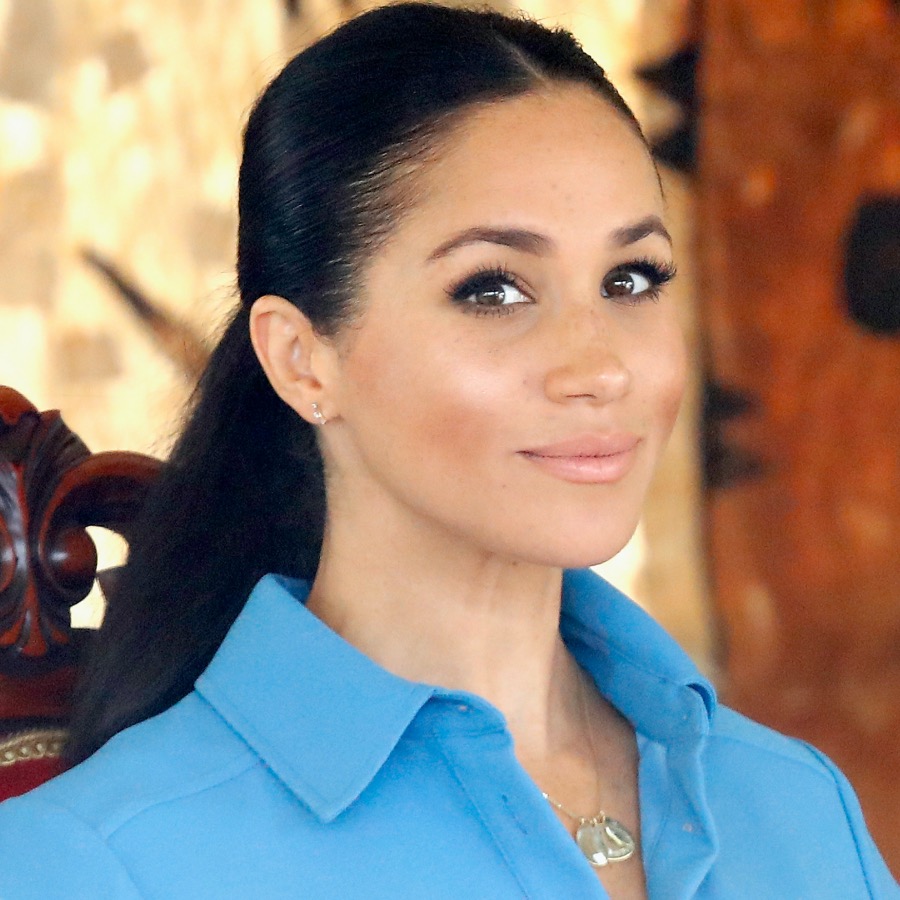 Meghan Markle — pictured here on her 2018 royal tour that included a stop in New Zealand, where she spoke about women’s suffrage — sat down with Gloria Steinem to talk about feminism, representation and voting ahead of the 2020 U.S. election. Photo: Photo by Chris Jackson/Getty Images

UPDATE: Makers Women have made the full text of the discussion between Meghan Markle and Gloria Steinem available here.

In a meeting of two hugely influential figures of their respective generations, Meghan Markle and Gloria Steinem sat down for a talk about feminism, representation and voting for Makers Women, a women’s empowerment platform.

In a video clip from the conversation posted on Makers’ Instagram account on Tuesday, the Duchess of Sussex and the famed author and feminist icon are seated beneath a tree at a wooden table in the picturesque backyard of what many believe is the new Santa Barbara home that Markle, husband Prince Harry and their one-year-old son, Archie, recently moved into.

“Meg, welcome home,” Steinem, 86, says at the beginning of the video clip, which you can watch below. “I’m so glad that you’re home.”

The clip, which is a little over a minute-and-a-half long, touches on Steinem’s history of activism and the importance of getting young people out to vote.

“People forget how hard women like you and so many others before you fought for us to just be where we are right now,” Markle says at one point, a nod to Steinem’s activism on behalf of women’s rights in the 1960s and 1970s.

Steinem responds, “If you don’t vote, you don’t exist. It is the only place where we’re all equal — the voting booth.”

She also expresses her concern about voter apathy among the youngest voters.

“What worries me the most are young people, who I understand are the least likely to vote. And I can understand the feeling that they don’t think they have an impact,” Steinem explains. “And yet it’s more important for them to vote than anyone else because they’re going to be alive long after I am, and they’re going to be suffering the consequences.”

When Markle follows up and asks if Steinem is hopeful, the 86-year-old responds, “Oh yes, I do feel hopeful.”

Meghan Markle Wants to Get People to the Polls

Of course, the subject of voting has been top of mind for Meghan Markle in recent weeks. Last week, the duchess took part in a “virtual voter registration party” on behalf of the non-profit When We All Vote.

“When I think about voting and why this is so exceptionally important for all of us, I would frame it as we vote to honour those who came before us and to protect those who will come after us. Because that is what community is all about and, specifically, that is what this election is all about. We all know what’s at stake this year,” she noted during that appearance, which you can watch below.

The week before she did an interview for the launch of the new organization The 19th*, which describes itself as “a nonprofit, nonpartisan newsroom reporting at the intersection of gender, politics and policy” aimed at empowering women. In that interview with the organization’s cofounder and CEO Emily Ramshaw, Markle noted that it was “just devastating” to return to the United States after years spent abroad in the U.K. and in Canada and see the civil and racial unrest.

She added that the silver lining for her was the peaceful protesting in the wake of the George Floyd murder and “the voices that were coming out, in the way that people were actually owning their role and acknowledging their role that they had played, either actively or passively, in the discrimination of other people, specifically of the Black community. It shifted from sadness to a feeling of absolute inspiration because I can see that the tide is turning.” You can watch the full interview below.

Markle also recently appeared in Marie Claire’s special “100 Influential Women and Why They’re Voting in the 2020 Election” alongside the likes of Michelle Obama, Hillary Clinton and Oprah Winfrey, explaining, “I know what it’s like to have a voice and also what it’s like to feel voiceless. I also know that so many men and women have put their lives on the line for us to be heard. And that opportunity, that fundamental right, is in our ability to exercise our right to vote and to make all of our voices heard.”

The duchess, of course, has a long history of activism and empowering women. As an 11-year-old, she railed against sexist language in television advertising while, when she starred on Suits, she pushed back against her character often appearing scantily clad. She has also drawn attention to gender and women’s issues around the world and has worked with multiple charities, including as global ambassador for World Vision Canada and working with the United Nations Entity for Gender Equality and the Empowerment of Women. In 2015, she travelled to Rwanda as the UN Women’s Advocate for Women’s Political Participation and Leadership and gave a speech that same year at the UN for International Women’s Day, in which she declared, “I am proud to be a woman and a feminist … Women need a seat at the table, they need an invitation to be seated there and, in some cases, where this is not available, well then, you know what, they need to create their own table.”

She also addressed women’s suffrage in a speech she delivered during a 2018 trip to New Zealand, noting “Feminism is about fairness” and “Suffrage is not simply about the right to vote but also about what that represents: the basic and fundamental human right of being able to participate in the choices for your future and that of your community, the involvement and voice that allows you to be a part of the very world that you are a part of.”

Royals and Politics: A No-Go Zone

The Royal Family, meanwhile, doesn’t historically get involved with political matters and voting. The Queen, for example, could legally vote in elections, but British sentiment and tradition dictate that she remain politically neutral and abstain from the ballot box. And the same standard goes for the rest of the Royal Family, with a Buckingham Palace spokesperson telling Newsweek in 2017, “‘By convention,’ members of the Royal Family ‘close to the queen’ do not exercise their right to vote” — adding that that standard applies to “senior members” of the Royal Family.

And Hello! Canada reports that Prince Harry won’t be joining Markle on her voter awareness campaign, choosing instead to heed the royal tradition of staying out of politics.

Still, while Prince Harry and Meghan Markle are technically members of the Royal Family, they removed themselves from their roles as senior working royals earlier this year, meaning that, in theory, the unspoken rules of senior royals wading into political waters doesn’t apply to them.

That, however, hasn’t stopped high-profile Brits from TV host Piers Morgan to London politician David Kurten from creating an outcry following Markle’s recent efforts to raise awareness about voting in the American election. Kurten tweeted, “[Meghan Markle] and formerly respected husband Harry are obviously no longer politically neutral and should be stripped of their Sussex titles” — a sentiment Morgan and others echoed.

Markle, though, has her defenders, including among Hollywood royalty. Bette Midler, 74, came to Markle’s defence on Twitter, retweeting Morgan’s recent objections about the duchess’ political activism with the simple reply, “Oh, f**k off.”