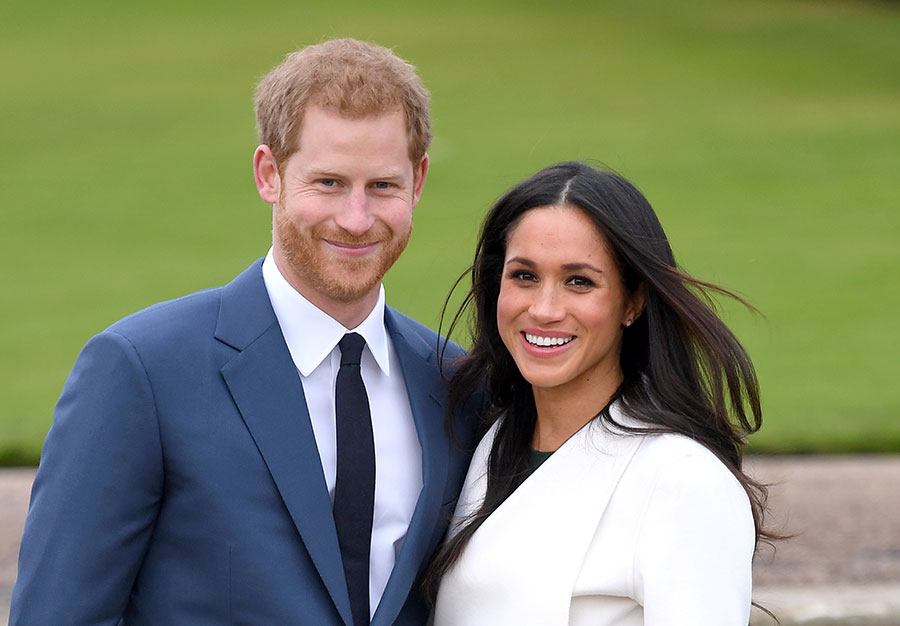 Harry and Meghan are fully exercising their newly sprung, very American, powers of free speech. Officially untethered from the Palace and its old-school rules about not speaking on political or controversial topics, they are really going for it.

The couple released a very woke video this week in conjunction with London’s Evening Standard (see above) to mark the start of Black History Month in the UK. This follows previous statements this summer on similarly politically charged subjects, such as Meghan’s thoughts on the Black Lives Matter movement, the pair on confronting the racist history of the Commonwealth and then later another joint message on the need to vote to reject hate in the American election. This last statement, which was a not-so-oblique barb at Trump, drew direct fire back from the counterpuncher-in-chief.

The former royals still go by Duke and Duchess of Sussex even after their new Los Angeles-addressed stationery arrived and the ink barely dried on their mega Netflix deal. In using their schmancy posh British titles in LA — even while they keep the HRH stamps in a drawer as per their withdrawal agreement with the Queen — they are opening themselves up to a bit of speculation in the British press about them continuing to try to have their cake whilst eating it too. As in: they are only so world-famous/in-demand precisely because of their connections to the monarchy they just quit. Yet they keep flaunting the trappings of that old life in their shiny new woke one.

Harry and Meghan have let it be known they will make their opinions known on any and all issues that matter to them. They have established themselves as committed social justice warriors. It is fair to point out that modelling oneself after giants such as Oprah, or the Obamas and their decades of public service, is a bit cheeky for this young (and relatively new) couple of British royals.

It would seem they have assumed that the degree of (real, unfair and often racist) harassment they have received at the hands of tabloids, entitles them to speak out (as card-carrying Millennials fluent in Wokeness) and, as they work on launching their Archewell Foundation, determined to “use their platform for good.” (Quotes are mine, and the soupcon of irony is intentional.)

Yes, they have indeed paid a great price, they have no privacy and never will again. Even in LA, amongst the biggest stars in the world, they can’t escape the paparazzi and their drone army peeking into windows and under rugs. But it was Harry and Meghan themselves, remember, who rejected the advice of Palace advisors, who went off script in their documentary released after their Africa tour, who launched pre-emptive volleys, statements and entire secret websites to blindside the same Palace old guard. They fomented some of the drama they wanted to escape and stirred the pot til it boiled over in their efforts to free up both their tongues and career aspirations.

Which brings us to what they are up to now. Let’s explore first the current concept of a public platform. What does using a platform mean, exactly? At this moment in time, it seems to mean that every celebrity has to have an opinion on every social justice issue and contribute their voice (and the people they can reach on social media) to raise awareness.

Meghan had built her own platform in her pre-royal life: her lifestyle blog The Tig was her direct way to speak to fans. She also served various humanitarian charities as a good will ambassador, harnessing the wattage of her hit TV show to raise awareness. The Tig promoted both innocuous positive lifestyle messaging and amplified those charitable works. She was, for the most part, controlling her own image and the messages attached it; she had hit one million followers on social media on her own steam, literally the week before news of her romance leaked.

Then, when she agreed to marry Harry, she committed to become part of The Firm, in all its restrictive glory. Just this week, esteemed royal journalist Ingrid Seward, editor of Majesty magazine, expressed the great generational divide on the concept of duty. She told the Daily Mail that Prince Phillip — about whom she has written a juicy new biography called Prince Phillip Revealed (out this month) — was rankled by Meghan’s concept of commitment.

“I think he’s very, very disappointed because I think he feels he gave up his naval career in order to stand by the Queen and help the monarchy,” Seward said in the report.  “And why can’t Meghan just give up her acting career, support her husband and support the monarchy?”

Then she hit the real nail on the head, linking Meghan to Diana. “As he used to say to Diana, this is not a popularity contest, this is all of us working together.”

Indeed, in many ways Harry and Meghan are now living the life Diana had wanted for herself. Before her death, Diana had been in conversations with Kevin Costner about starring in a sequel to The Bodyguard. She wanted to use her celebrity “for good,” and reportedly mused about moving to America. And like Harry, who found his own unlikely partner in Meghan, a divorced American actress, Diana had wanted to marry her love, who was just as unlikely and outside the usual royal circles, the press and publicity shy British-Pakistani heart surgeon Dr. Hasnat Khan.

As Harry said in the Black History Month video: ‘Now is the best time for us to be able to use our platform, joint with your platform as well, so that we can actually start a conversation and introduce people to the black community that are making a massive difference within their own communities but across the UK as a whole as well.”

They also announced their nominations for Black History Month’s Next Generation Trailblazers, including British Vogue editor Edward Enninful, Olympic boxer Nicola Adams, rugby star Maro Itoje, and Doreen Lawrence, whose teenaged son Stephen was murdered. “These are people that we know. People that we’ve interacted with over the years, people that have been mentioned to us by other people,” said Harry, adding they were people they’ve been “impressed humbled and inspired” by.

Meghan, it seems, is delighted to be able to reach out and connect with peers and the public. She revealed her motto in a commencement video to her alma mater Immaculate Heart High School in the aftermath of George Floyd’s murder and the subsequent protests: “The only wrong thing to say is nothing.”

She volunteered to conduct an interview with the Emily Ranshaw, co-founder of the 19th*— a female-led non-profit news and opinion site that explores intersectional race and gender issues. Meghan then taped an outdoor lawn-chair conversation with feminist icon Gloria Steinem, with whom she later teamed up to cold-call voters.

In the Standard video, for which she wore a chic carmel sweater with a fashionable and Zoom-friendly cut-out detail at the neck by Haitian-born, New York-raised designer Victor Glemaud, she elaborated on why they are speaking out (so much): “We’re doing the best that we can and hoping that our passion and our commitment is still felt, because it certainly hasn’t wavered.

“For as long as structural racism exists,” Meghan said, “there will be generations of young people of colour who do not start their lives with the same equality of opportunity as their white peers. And for as long as that continues, untapped potential will never get to be realized.” She called the BLM protests “beautiful,” adding the proviso “when there is just peaceful protest and when there is the intention of just wanting community and just wanting the recognition of equality.”

It is Harry, however, who made the headlines here, because “I wasn’t aware of so many of the issues and so many of the problems within the UK and also globally as well. I thought I did but I didn’t.

“You know, when you go in to a shop with your children and you only see white dolls, do you even think: ‘That’s weird, there is not a black doll there?’ And I use that as just one example of where we as white people don’t always have the awareness of what it must be like for someone else of a different coloured skin, of a black skin, to be in the same situation as we are where the world that we know has been created by white people for white people.”

Harry, it must be pointed out, comes from about the most privileged white family in the world. The Commonwealth, of which his grandmother the Queen is head, is a system built on the ruins of the British Empire, which is itself built on a history of subjugation and colonization of many black and brown peoples of the world. H and M are right to point out the need for truth and reconciliation, but at the same time the pair remain President and Vice-President of the Queen’s Commonwealth Trust (they are no longer Commonwealth Youth Ambassadors, those patronages went with the Megxit agreement).

Meghan’s wedding veil, adorned with 53 flowers representing the Commonwealth, represented also the hope of that moment where Meghan leaned into her Black identity and brought it into the bosom of the monarchy, complete with gospel music and sermon. That she continues to lean into her Blackness will continue to have an effect, even outside the monarchy.

It is heartening to see the literal awareness in Harry, who credits Meghan with opening his eyes. But it is also a tricky path they are treading, because the vast privilege of the Crown is what earned Harry his platform by birthright (and expanded Meghan’s to its current scale and heft). It is Meghan’s very American-ness that made this leap across the canyon of wokeness for him possible: had she been Canadian, or Australian or Caribbean, the lifelong connection to the Commonwealth might have made her more aware of the essential conflict at the heart of Harry’s old and new experiences.

Whatever happens next, it is clear that nobody puts Meghan in the corner. Harry’s voice is swiftly becoming as politically charged as his wife’s. So it looks like the American outpost of the Windsor family is gonna be proudly loud, and damn the torpedoes.