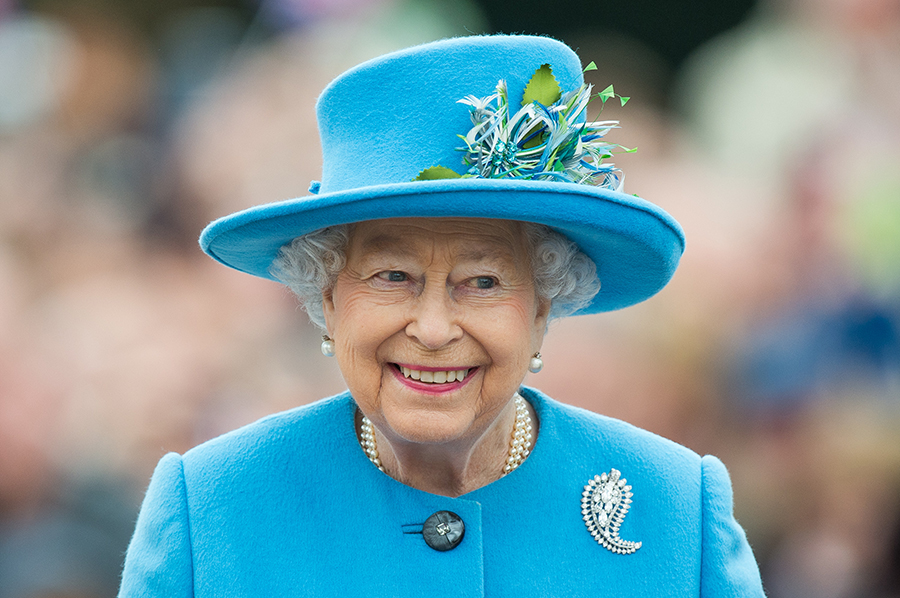 Queen Elizabeth is the most popular British royal, followed closely by her grandson, Prince William, according to a new YouGov survey. Photo: Samir Hussein/Contributor

Queen Elizabeth II, at 94, is not only Britain’s longest-reigning monarch, but also the nation’s most popular royal, according to the YouGov Royal favourability tracker which polled Brits across January, March and October. The Queen is viewed favourably by eight in ten adults (83 per cent), with her public approval spiking dramatically during the COVID crisis. Prince Philip, the Duke of Edinburgh, also received a positive ranking of 55 per cent.

Her Majesty’s grandson, Prince William, was the second most favourite royal, with an 80 per cent approval rating and his wife, Duchess Kate scored 76 per cent, with both of them seeing an increase in popularity over recent months.

Meanwhile, Prince Charles, who is next in line to the throne, has consistently maintained a 59 per cent positive rating among the pubic, while Camilla’s has ticked upward slightly to 44 per cent.

Interestingly, while the 71-year-old Prince of Wales, an ardent environmentalist, has been criticized for penning what has been dubbed “black spider memos” to government officials advocating causes he fervently believes in, 63 per cent of people polled in this survey thought it appropriate he contact politicians on issues of policy. By tradition, such an action would be a violation of the royal rule of remaining neutral in politics, but perhaps most of the world has finally caught up with him on the environmental front.

What about Prince Harry and Meghan?

Meanwhile, public approval of the Sussexes dropped dramatically since the couple revealed earlier this year they were stepping back from their senior royal duties. Last year (Oct. 2019), Harry had a 71 per cent positive rating — which scored him second in popularity after his grandmother, the Queen — and in 2018, Prince Harry actually beat the Queen in the annual royal popularity contest.

But Harry’s approval rating plunged to 55 per cent in the months following the Duke and Duchess’s surprise announcement and subsequent move across the pond.

At the same time, Meghan’s approval fell from 55 per cent to 38 per cent. However, according to the survey, the Sussexes tend to score better among younger Brits.

The Duke and Duchess of Sussex made their last public appearance as working members of the Royal Family in March.

The popularity of the Queen’s third child, Prince Andrew, has tanked in the wake of media coverage on his friendship with Jeffery Epstein, the late American financier and convicted sex offender who died in August while being held without bail in jail on two sex-trafficking charges related to underage girls. The Duke of York also faces sexual-assault allegations by an Australian woman, who says she was a victim of sex trafficking by Epstein and socialite Ghislaine Maxwell starting at age 15.

According to the poll, 80 per cent of the British public have a negative opinion of the disgraced Duke, who in the aftermath of the scandal has been stripped of his official duties, his patronages and his office space at Buckingham Palace.

The YouGov poll also addressed the question of who should succeed the Queen on the throne, with 41 per cent supporting William, and 37 per cent saying the next King should be Charles, the Prince of Wales.

And in good news for Royalists, 67 per cent of Brits believe a constitutional monarchy is an asset, while far less — 21 per cent — opted for an elected head of state, the poll found.

Royal comfort and support during the COVID-19 crisis

The survey numbers reflect strong public approval for how the House of Windsor actively supported front line workers, seniors and other people at risk as well as businesses in jeopardy during the months of pandemic lockdown. Her Majesty in particular has been praised for her televised addresses to the Commonwealth, which provided words of reassurance during the COVID crisis.

Also, the Queen jumped on a Zoom call in July to connect with service personnel from the BritishArmy, the Royal Navy and the Royal Air Force via video call, to hear about the work of the British Armed Forces at home and overseas, during the pandemic.

Prince William and Duchess Kate, as well as Charles and Camilla,  have been active in supporting Britons during the pandemic, carrying out events to support businesses and thanking frontline workers. The Cambridges also involved their children in the effort, participating in the weekly “Clapping for Carers” campaign to praise everyone from healthcare workers to shop workers who risked their lives to keep the country going.

To mark Princess Charlotte’s 5th birthday in May, the palace released photos of the Cambridge clan delivering home-made pasta and bags of groceries to retirees living in coronavirus lockdown near the family’s Sandringham estate.

“Never Give Up, Never Despair”: The Queen’s V-E Day Message Resonates 75 Years After the War