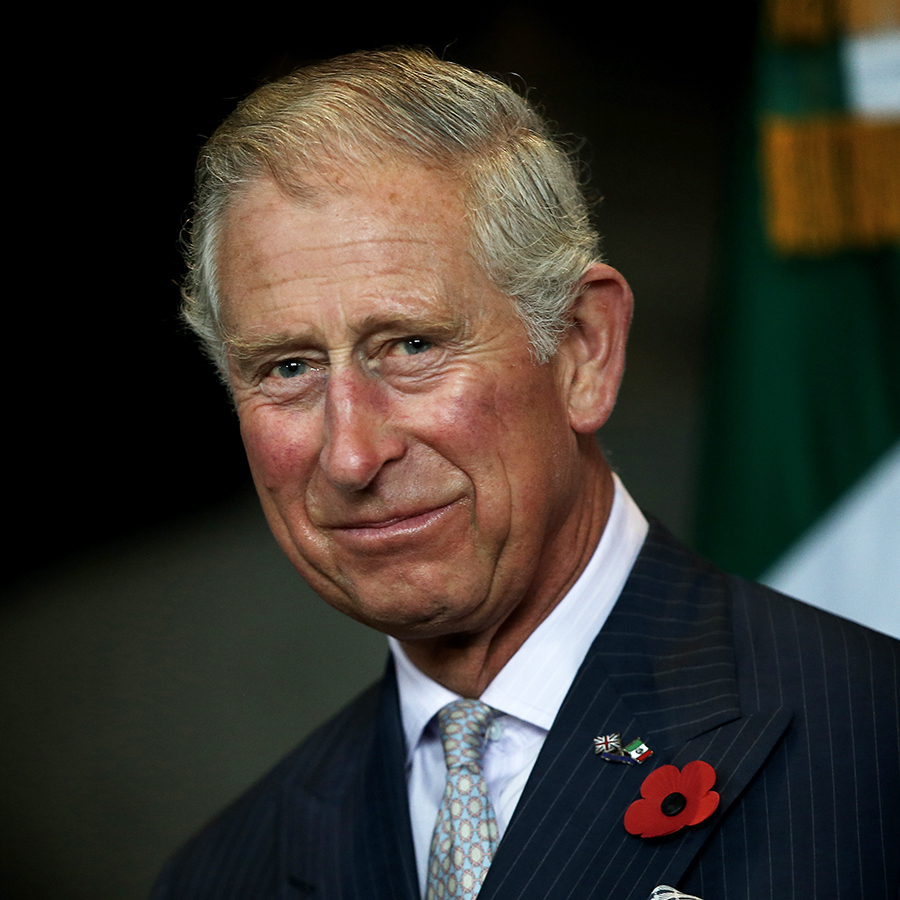 From battling COVID-19 to his continued commitment to environmental initiatives, Prince Charles has had an eventful year. Photo: Chris Jackson/Getty Images

In recognition of Prince Charles’ 72nd year, the Royal Family took to social media today to share their birthday greetings and wishes.

The Queen’s official Instagram account @theroyalfamily shared a nostalgic black and white snap of the monarch’s oldest child nestled on her lap when he was a baby. At the time, Her Majesty was 22 years old.

The second photo shows the Queen and Prince Charles as they shared a joke at the Braemer Highland Games in 2016.

The caption to the post reads: “🎈🎂 Wishing The Prince of Wales a very happy birthday today!” The Duke and Duchess of Cambridge have also shared their birthday greetings by posting a photo of a laughing Prince Charles, dressed in a cream blazer decorated with his military accolades. The post is captioned: “Wishing a very Happy Birthday to His Royal Highness The Prince of Wales! 🎂” Prince Harry and Meghan Markle closed their Sussex Royal Instagram account in March, so their birthday wishes would have been conveyed privately.

The Royal Air Force also wished His Royal Highness many happy returns on Twitter, sharing a photo of Prince Charles at RAF College Cranwell earlier this year as the Reviewing Officer for the Sovereign’s Review. In honour of his birthday, the Prince has guest edited another issue of Country Life magazine, writing about climate change and the pandemic, urging the nation to put “our planet and our children and grandchildren first.” He also edited the 123-year old magazine for his milestone 70th birthday in 2018, which was the British weekly’s best-seller in history, and has done so every year since. Interestingly, the much-anticipated fourth season of The Crown, the blockbuster Netflix series about the reign of Queen Elizabeth II, launches on Sunday, the day after Prince Charles’ birthday. This season will feature the Queen’s thorny relationship with Prime Minister Margaret Thatcher, but also the sad and bittersweet saga of Charles and Diana’s famously doomed marriage and the growing tension between the “People’s Princess”and other members of the Royal Family, in particular the Queen.

Meanwhile, Royal duty calls, even if it’s your birthday.

The Prince of Wales is reportedly spending part of his 72nd birthday weekend on an official visit to Germany, with his wife, Camilla, the Duchess of Cornwall. The royal couple, on their first overseas trip together since the pandemic, are in Berlin by invitation of Germany’s President Frank-Walter Steinmeier to commemorate the National Day of Mourning.

The National Day of Mourning, which takes place on Nov. 15, the day after the prince’s birthday, is Germany’s equivalent of Remembrance Day. This year marks the first time a member of the British Royal Family has taken part in the event.

According to a statement from Clarence House, “The National Day of Mourning will this year focus on the German-British friendship, which has grown in the 75 years since the end of the Second World War.

“The event pays tribute to the Allied commitment to the liberation from Nazi occupation and to the reconstruction, re-democratisation and subsequent reunification of Germany. It remembers all victims of war and tyranny.”

Prince Charles and Camilla will attend a wreath-laying ceremony at the Neue Wache Memorial before joining the service at the Bundestag, where the heir to the British throne will give a speech at the German Parliament.

Last week, the prince participated with other members of the Royal Family in Remembrance ceremonies at London’s national monument, the Cenotaph at Whitehall.

It’s been an eventful year for the future king. In January, at the World Economic Forum in Davos, Switzerland, he challenged the global and finance elites in attendance to lead a “paradigm shift” to save the planet from the climate crisis.

That same month, his son, Prince Harry and his wife Meghan Markle, stepped down from their senior royal duties and moved across the pond with their son, baby Archie.

Soon after, the COVID-19 pandemic struck, and in March, the heir apparent was the first member of British Royal Family to be infected by the novel coronavirus.

Weeks later, Prince William also tested positive for the virus, but this was kept private until only recently.

Following his recovery, Prince Charles released a moving message of hope to the nation via video, saying, “At such an unprecedented and anxious time in all our lives, my wife and I are thinking particularly of all those who have lost their loved ones in such very difficult and abnormal circumstances and of those having to endure sickness, isolation and loneliness,” he said.

And in a show of support for small businesses hurt by the pandemic the Prince of Wales and Duchess of Cornwall hosted a social media taste tour around the country, sharing recipes, anecdotes and favourite foodie moments from their U.K. travels over the years.

Other Royal Family members, including the Duke and Duchess of Cambridge, along with their children Prince George, Princess Charlotte and Prince Louis, also showed support for frontline and health-care workers, as well as isolated seniors during the peak of the pandemic. And Her Majesty, the Queen and the Princess Royal even hopped on a Zoom call in June to help support U.K. caregivers.

Ardent Advocate for the Environment

Last week, showing his longstanding commitment to sustainability, Prince Charles and his charitable foundation The Prince’s Foundation joined forces with luxury online fashion retailer Yoox Net-a-Porter to unveil a new sustainable menswear and womenswear fashion range. The 18-piece ready-to-wear collection, designed and made (largely by hand) by young artisans from Britain and Italy, are inspired by the designs of Leonardo da Vinci. Created from natural fibres including cashmere, wool and organic silk, they are made to last a lifetime.

“The key, it seems to me, is to rediscover the importance that nature plays in all this and where the natural materials come from,” said Charles.

Saying that achieving a sustainable future was “the growth story of our time” and could help economies recover from the global pandemic, the Prince has set up a Sustainable Markets Initiative with the World Economic Forum to help businesses put green initiatives into practice.

He was named one of the top 10 best dressed men of 2019 by British GQ magazine, beating out style icons like David Beckham and Ryan Gosling. Yet, upholding his mantra “Buy once, buy well,” the future King routinely wears decades-old bespoke suits, some with noticeable signs of mending. One of his Savile Row tailors keeps a box of fabric swatches of every suit they ever made for repairs.

“I’m one of those people who hate throwing anything away. Hence, I’d rather have them maintained, even patched if necessary, than to abandon them,” he said in an interview in the December issue of British Vogue magazine.

This is the only the latest initiative from the lifelong environmentalist. Earlier this year, Prince Charles kicked off Climate Week NYC in September with an impassioned speech, challenging business leaders and governments to form a global alliance to “overcome the obstacles facing us.” Charles called for nothing less than a “Marshall-like” plan to combat the climate crisis, saying the threat posed by global warming will “dwarf the impact of the coronavirus pandemic.”

As well, the Prince of Wales also launched RE:TV, a web channel which will feature inspiring short films focussed on climate change solutions. Curated by the future king himself, the platform also aims to stop the spread of misinformation on topics ranging from climate change to the coronavirus.