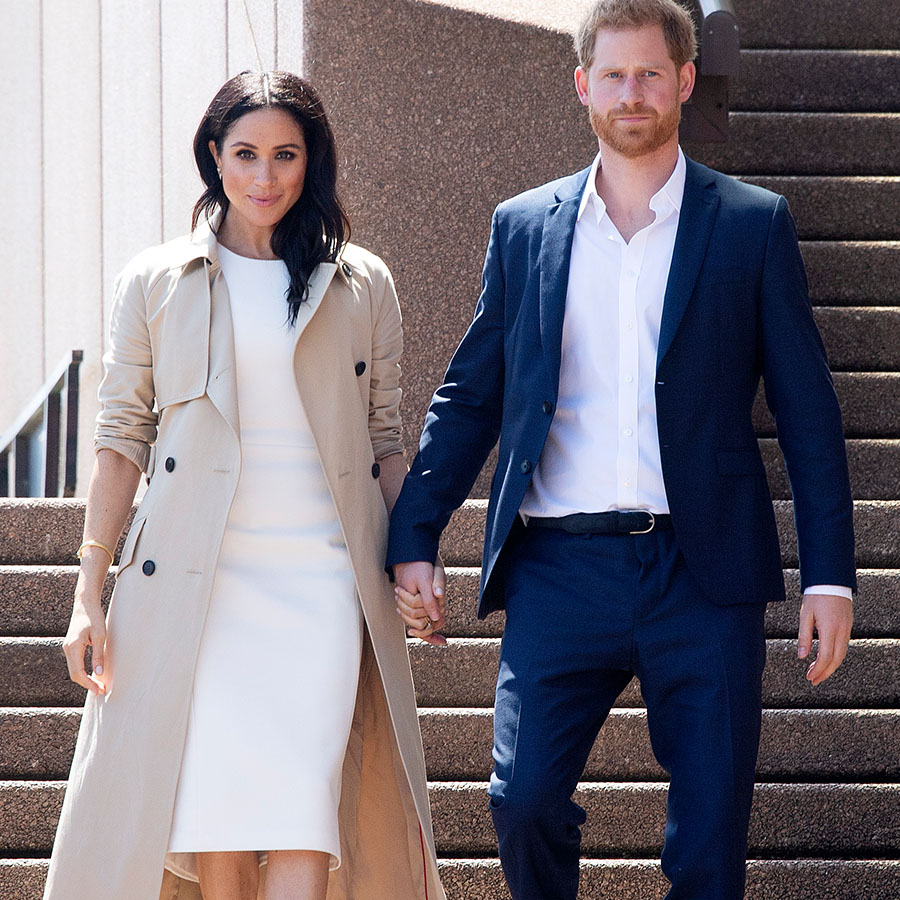 The Sussexes are advancing their media stardom and, most importantly, their income, as the year draws to a close. Photo: Paul Edwards - Pool/Getty Images

It’s been a big week for Meghan Markle and husband Harry.

Today, the couple announced another lucrative new media deal, just months after their one million dollar deal with Netflix.

They’ll produce and host podcasts on Spotify, called Archewell Audio, starting with a “holiday special” that “uplifts audiences around the world.”

It’s the latest step in creating what one expert predicted would be a “billion-dollar empire,” according to the Daily Mail.

The Sussexes are advancing their media stardom and, most importantly, their income, as the year draws to a close – and not just the year 2020.

The year of approved leave from royal duties for the Duke and Duchess comes to an end in March.

The Sussexes will soon have to decide whether to continue living as they do now in sunny California, free from the restrictions and responsibilities of being senior working members of the Royal Family or whether they’ll return to rainy Britain to take up those formal roles again.

With news of their media deals, it’s obvious which choice they’re making.

On Monday, Markle made a surprise taped appearance on CNN, part of CNN’s Heroes broadcast, an annual tribute to everyday people making the world a better place.

Also this week came news of Markle making her first private financial investment in a for profit enterprise, a Santa Barbara-based wellness firm that sells nutrition-rich lattes “filled with magical plants to manage stress” through an online store.

Led by entrepreneur Hannah Mendoza, Clevr Blends donates a percentage of its monthly profits to organizations fighting for food justice in the U.S.

“This investment is in support of a passionate female entrepreneur who prioritizes building community alongside her business,” Markle said about her decision to support Clevr Blends. “I’m proud to invest in Hannah’s commitment to sourcing ethical ingredients and creating a product that I personally love and has a holistic approach to wellness. I believe in her and I believe in her company.”

Markle brought more attention to the product by sending over a basket of lattes to her neighbour, Oprah Winfrey.

“On the first day of Christmas, my neighbor “M” sent to me…a basket of deliciousness!” Winfrey posted on Instagram.

The CNN Heroes appearance was taped in the garden of the Sussexes’ $14 million estate in Montecito where Markle sat on a weathered grey bench, wearing a creamy silk blouse tie at the neck and lavender-colored lipstick and eye shadow matching the flowers behind her.

“In a year that has been universally challenging for everyone,” she said, “I’m inspired by the stories of compassion in our communities.

And while the Duchess of Sussex is about as far as you can get from being an ordinary, everyday person, she herself has done much in her own way to try making the world a better place this year.

Steadfastly being her own person instead of carrying out the designated duties and public image of royalty, more than 8,000 km away from the courtiers and tabloid paparazzi and court circular, Markle has made choices that nevertheless align nicely with the traditional undertakings of the Royal Family.

Her most startling and high-profile move was writing a New York Times opinion column in November, coinciding with the American Thanksgiving, about her miscarriage. This garnered more than 1500 comments, almost all positive and appreciative.

“I am grateful for the light you shine on this taboo conversation, on our need for connection, especially at our lowest moments however they may come about,” wrote Julia V. of San Francisco.

Markle’s heartfelt sharing of personal tragedy and intimate feelings would not be typical for a senior royal, and yet the effect was a profound connection with ordinary people, something the royals have always worked hard, and not always successfully, to achieve.

Much of what Markle has been doing this year is what the royals have always done, often as formal patrons of charities or non-profit organizations.

But Markle has done it by pushing the boundaries and unfastening the formality.

And she’s done it without wearing hats!

Foremost, however, there was the matter of becoming financially independent of the Firm, as the royals refer to themselves.

Markle parlayed her show business connections, experience and the couple’s superstar celebrity into the deal with Netflix announced in early September and now the deal with Spotify. While it is not known how much the Spotify contract is worth, but the streaming service agreed a £75m ($100m) deal with US comedian Joe Rogan in May, according to the Daily Mail.

On Netflix, the couple will produce documentaries, feature films, and children’s programming.

“Our focus will be on creating content that informs but also gives hope,” the couple said in a statement when the contract was announced. “Making inspirational family programming is also important to us.”

Raking in a couple of hundred million in commercial deals would be forbidden for senior royals.

But producing inspirational family content and content that informs but gives hope is entirely consistent with that tradition.

That’s true too of their philanthropic organization, Archewell.

In October, Meghan and Harry and Meghan launched a website for Archewell, inviting readers to sign up for updates. The launch coincided with the couple’s special edition of TIME100 Talks, which they hosted from their home.

They and their invited speakers discussed how the internet affects racial justice, gender equity, climate change and mental health and how to make the digital community a safer space.

As well, there are all the smaller gestures and contributions Markle has made this year, many similar to what she would have done under the royal umbrella.

One example: In August, Markle wore a $15 face mask as a show of support to causes important to her. The striped blue and white mask was part of a New York-based African-inspired clothing line Royal Jelly Harlem which purchases many of its materials from Africa. According to People magazine, the Duchess’ choice of mask “was a way to promote” both the Black Lives Matter movement as well as women.

Nevertheless, the couple’s commercial and media deals and high profile are getting lots of criticism from some quarters. Comments on stories about their striving for more media attention and more money are often nasty. They’re being accused of selling out their royal status and HRH titles and embarrassing the Queen.

But in their defense, they’re doing exactly what senior royals have always done in exchange for high status and tremendous wealth: support worthy causes, try to connect with ordinary folk and spread affirmative, inspirational and uplifting messages.

It’s just that Meghan, with Harry’s support, is doing it outside the prescribed parameters.

Markle’s year, despite the severe constraints of the COVID-19 pandemic, has been truly remarkable.  Next year should bring even more surprises and progress in her life as a mother, Duchess, philanthropist, writer, producer, investor and, most notable of all, as a disruptor of royal tradition.